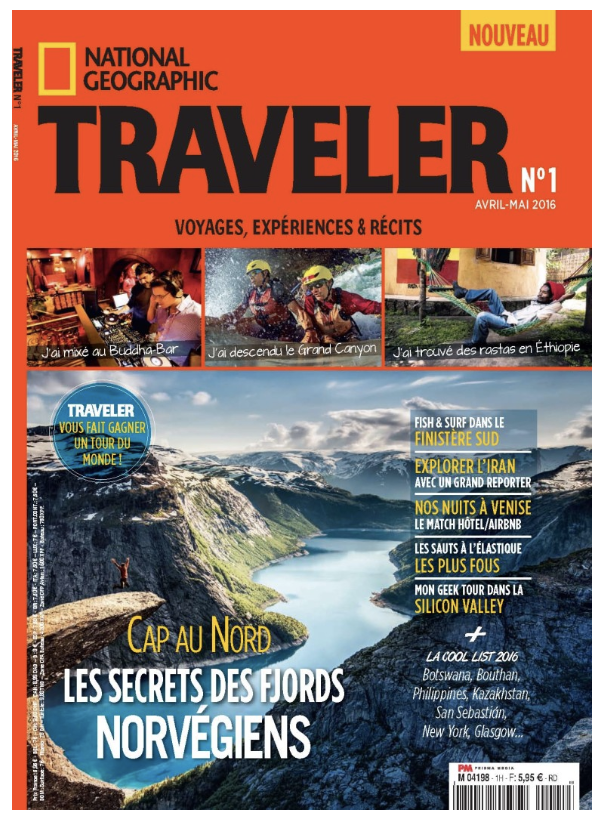 National Geographic Traveler is the world’s most widely read travel magazine. The magazine was created with the goal to inspire people to travel with passion and purpose. It is a magazine designed for travel enthusiasts who enjoy learning more about places and experiences that are off the beaten path.

The French edition of the magazine will publish content from the English-language edition alongside original features and columns specifically geared to the interests of the French audience. The premiere issue of the magazine will include the features “The Secrets of Norwegian Fjords” and “The Cool List 2016.”

National Geographic Traveler France will launch with an initial circulation of 100,000. Single issues will be available on newsstands for €5.95. Yearly subscriptions will also be available.

“Our reporters and writers unearth hidden beaches in Thailand, not-to-miss culinary specialties in Barcelona and the new ski spot in Austria where everyone should be seen. They also lose themselves in Tangier’s streets and onboard a Japanese cruise,” said Vrignaud. “In Traveler, they tell you their adventures and encounters and they give you all the best destinations that are not referenced in traditional travel guides.”

Prisma Media is the first bi-media group in the circulation and print-digital audience in France. With a portfolio of 27 titles ans over twenty websites, the company is present on the french mainstream media (female, cooking, TV, gossip, discovery, economy..). With its sales leadership, added to its brands’ digital power, the Prisma Media group has a real crossmedia audience potential : about 35 million persons per month on average.