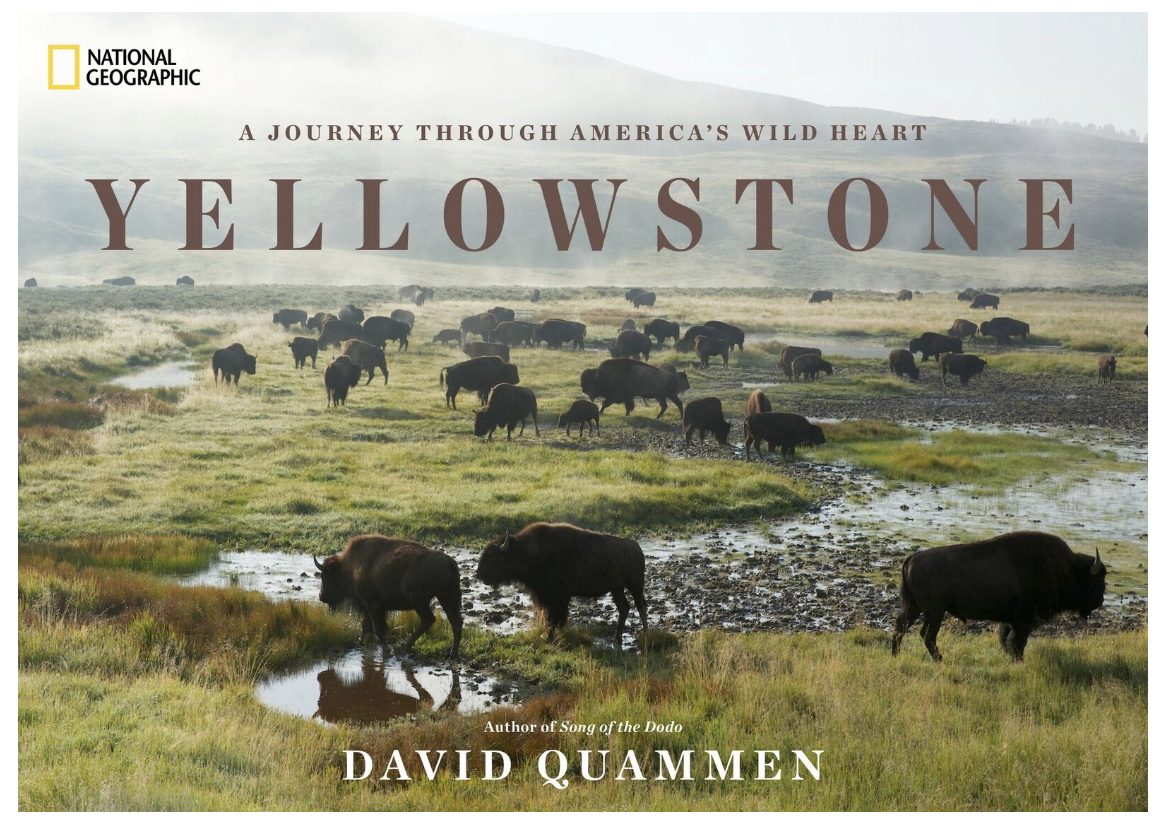 Yellowstone, America’s first national park, is beloved. Four million sightseers walked its paths in 2015 and this year’s numbers are already breaking visitor records. In 2016, as we celebrate 100 years of the National Parks Service, stories featuring Yellowstone remain headline news as crowds flood its well-loved and truly wild spaces: “Bear Opens Car Door at Yellowstone National Park,” “Elk Charges at Yellowstone Visitor After She Gets Too Close,” “Why Yellowstone Euthanized a Baby Bison After Tourist ‘Rescue.’”

David Quammen spent more than two years deeply immersed in Yellowstone and its surrounding ecosystem and has been a resident of the area for 30 years. The results of his research were shared in part in National Geographic Magazine’s extremely popular May issue. YELLOWSTONE: A Journey Through America’s Wild Heart (National Geographic Books; Aug. 23, 2016; ISBN: 978-1-4262-1754-8; 224 pages; ) offers the full story, pairing the brilliant visual storytelling of National Geographic photographers with the lyrical writing of Quammen, a bestselling and award-wining author recognized as “not just among our best science writers but among our best writers, period” by the New York Times.

In YELLOWSTONE, Quammen looks at the park’s inception and history, its heroes and challenges, its massive ecosystem and the iconic and often endangered animals within it, such as grizzly bears, wolves and bison. Quammen also examines the concept of protected wild lands and their future: the differing opinions and all that’s at stake as civilization meets park boundaries. And he considers what the headlines allude to—the tensions of a land cherished by the public that’s simultaneously a much-needed haven for native species. YELLOWSTONE includes exclusive or newly expanded sections, including passages describing Yellowstone as an island ecosystem, social attitudes toward wolves, unexpected connections among grizzlies, elk and wolves, and the impact of private ranches in the Greater Yellowstone Ecosystem.

As David Quammen puts so well, “Yellowstone is a big national park, the Greater Yellowstone Ecosystem is bigger still, but the ideas and values that these places represent—the decisions and commitments they demand—are as big as America itself.”

David Quammen is an award-winning American science, nature and travel writer. He authored the “Natural Acts” column for Outside magazine for 15 years. His articles have also appeared in National Geographic, Harper’s, Rolling Stone, the New York Times Book Review and other periodicals, and he has additionally authored 15 books. Quammen’s book “Spillover” was nominated for the 2013 PEN/E. O. Wilson Literary Science Writing Award. Quammen resides in Bozeman, Montana.