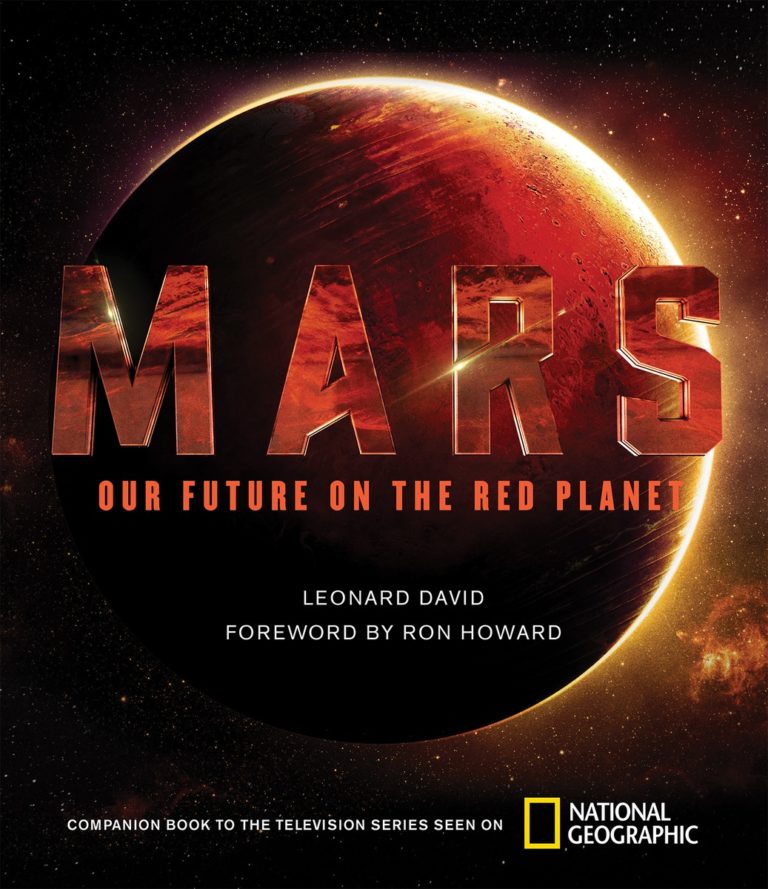 Right now, plans are being put in place and procedures honed to get humans to Mars.

MARS: Our Future on the Red Planet (National Geographic Books; on sale Oct. 25; ISBN 978-1-4262-1758-6; 304 pages; ) considers the imminent settlement of humans on Mars. Backed by extensive research and written by award-wining journalist Leonard David—who has covered space for 50 years and was co-author of Mission to Mars with Buzz Aldrin—the book is part of a major National Geographic Mars initiative* this fall, including a documentary in partnership with Ron Howard, whose foreword opens the book.

So, what is life on Mars going to take?

There’s a whole lot we don’t yet know and MARS takes those crucial questions head-on:

In MARS, David investigates the red planet as never before, introducing Mars not merely as backdrop to swashbuckling science fiction but as they very real setting of humanity’s next home.

*National Geographic will extend the MARS experience in an unprecedented cross-platform experience with a six-part documentary series on the National Geographic Channel in November, digital companion prequel “Before MARS” that will launch prior to premiere, a digital virtual-reality experience at MakeMarsHome.com and a MARS Experience installation in New York this October. MARS will be the November cover story of National Geographic Magazine; will be featured in a National Geographic Kids book, MARS: The Red Planet,” on sale Sept. 27; kids media and educational materials; a touring NG Live speakers series; and ongoing Mars coverage on nationalgeographic.com.

Leonard David is an award-winning space journalist who has been reporting on space activities for over 50 years. He frequently contributes to the website Space.com as their “Space Insider Columnist” and is the coauthor of Buzz Aldrin’s Mission to Mars. In 2015, he became the first recipient of the American Astronautical Society’s (AAS) “Ordway Award for Sustained Excellence in Spaceflight History” in the category of journalism, and in 2010 he received the National Space Club Press Award.

Ron Howard has made a lifelong career in television and film, winning numerous accolades and awards as actor, director and producer. He is co-chair with Brian Grazer of Imagine Entertainment, which has recently partnered with National Geographic on Breakthrough as well as Red Planet.