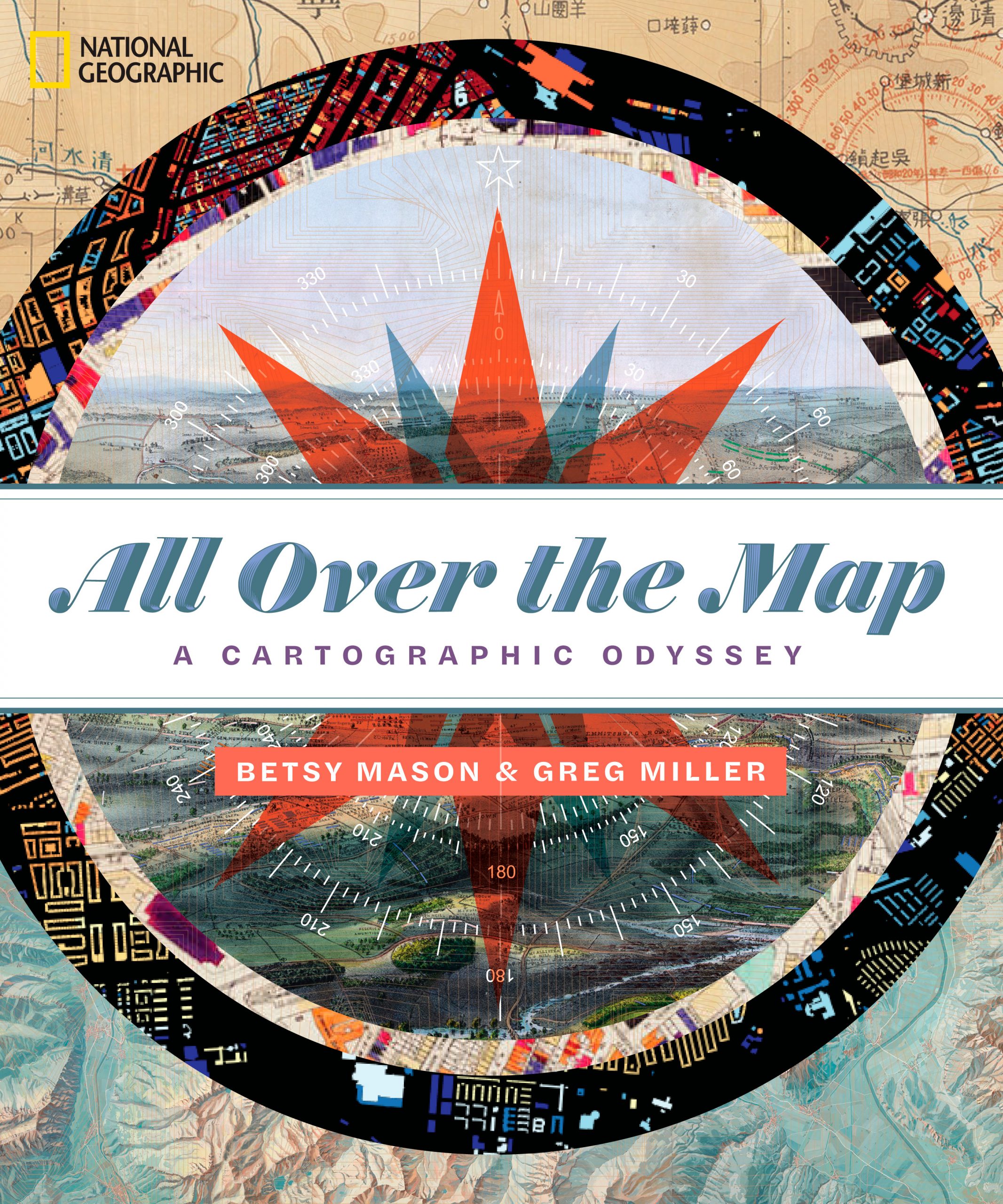 In this beautifully illustrated volume, award-winning journalists Betsy Mason and Greg Millerexplore maps from a wide range of sources that tell vastly different stories. All Over the Map (National Geographic Books, On Sale: October 30th, 2018, /hardcover ISBN: 978-1-4262-1972-6) was created by map lovers, for map lovers. It explores the captivating stories behind maps throughout history and illuminates how the art of cartography thrives today. This electric collection includes everything from ancient maps of dragon-filled seas to the maps made in secret by the Soviet Army during the Cold War.

All Over the Map is composed of nine chapters that weave through a diverse compilation of maps: Waterways, Cities, Conflict and Crisis, Landscapes, Economies, Science, Human Experiences, Worlds, and Art and Imagination. Readers can explore visual representations of human experiences, from Prohibition in New York City to Chicago’s ganglands in 1927 to 17th century pirates seeing the coast of South America for the first time. These cartographic masterpieces are sure to ignite any reader’s imagination and inspire them to explore further.

The striking layout, designed by former art directors of Rolling Stone, walks readers through visualizations of some of pop culture’s most recognized destinations, such as the schematics of the Death Star and a map of Westeros from Game of Thrones. With a vast assortment of topics and interestingly witty text, All Over the Map is sure to be a conversation starter for any adventurous reader.

Included in All Over the Map:

Betsy Mason and Greg Miller are co-authors of the popular National Geographic cartography blog All Over the Map.

Betsy Mason is a science journalist based in the San Francisco Bay Area. Previously she was the online science editor for Wired, where she built an award-winning science section, and the science reporter for the Contra Costa Times. She was a Knight Science Journalism Fellow at MIT for the 2015-2016 academic year. Before becoming a journalist, Mason earned a master’s degree in geology from Stanford.

Greg Miller is a science and tech journalist based in Portland, Oregon. Previously he was a senior writer at Wired and a staff writer at Science, where he won several honors. Miller earned a Ph.D in neuroscience at Stanford University. He has appeared on public radio’s Science Friday to discuss maps and has given talks on a wide variety of cartography-related topics.