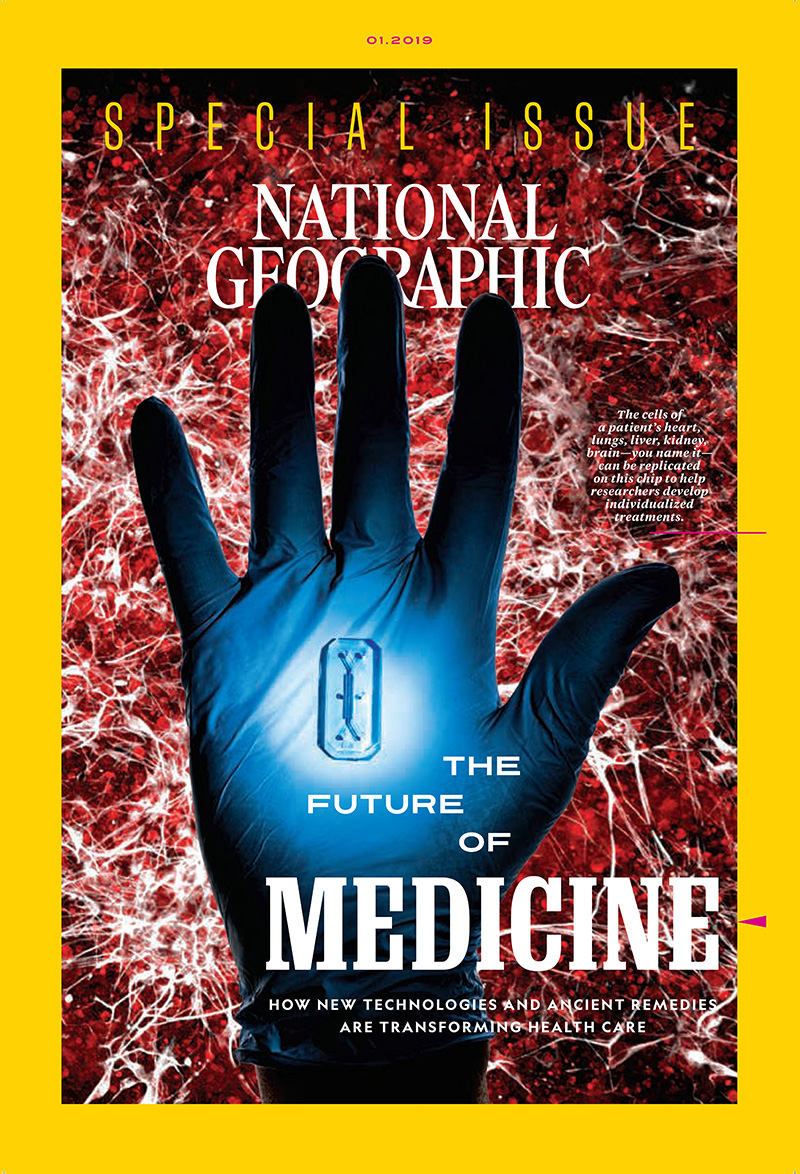 Today, National Geographic releases “The Immortal Corpse,” a story, 16-years in the making, that chronicles the life, death and digital resurrection of Susan Potter and her impact on the future of medicine for decades to come. In donating her body to science to become the highest-resolution virtual cadaver to date, Potter has allowed the medical community to go deeper than ever before in understanding the inner-workings of the human body.

In an effort to find a more effective approach to anatomical medical education and research, Dr. Vic Spitzer Ph.D., director of the Center for Human Simulation at the University of Colorado Anschutz Medical Campus, worked on the National Library of Medicine’s Visible Human Project. By taking photographic slices through a cadaver, Spitzer realized the full potential of the approach when Potter, an ailment-ridden, wheelchair-bound 72-year old woman, entered Spitzer’s life in the year 2000.

From shortly after the time Potter’s donation was agreed upon, until the time of her death more than a decade later, her life was documented by National Geographic and Dr. Spitzer across a multitude of interviews, photos and video testimonials. Upon her death, Potter’s body was encased in polyvinyl alcohol, frozen and later sliced 27,000 times. After each pass, her body was photographed, and these individual images were digitized and electronically reassembled to create the world’s most advanced virtual cadaver using the highest-quality imagery of an entire human body in existence.

The swath of images, videos and testimonials Potter left behind will provide medical students and professionals with a personal narrative that connects to Potter’s physical composition – a medical development never before accessible with cadavers, and which allows for a more holistic experience for those in the medical field.

“While the story of Susan Potter and her decision to give her body to science is certainly a story of death, what makes it unique is that it’s also a story of hope and the medical advancements to come,” said Susan Goldberg, editor in chief of National Geographic magazine and editorial director of National Geographic Partners. “When we’re able to pair breakthrough, science-based journalism with characters as eccentric as Potter, we’re able to illustrate that for every innovative treatment or discovery that comes with the future of medicine, there’s also a person with a unique story to tell.”

“The Immortal Corpse,” which publishes today as part of National Geographic’s special edition, single-topic issue on the “Future of Medicine,” is the publisher’s longest lead-time piece in history. Coverage of this story began in 2002 and has come to fruition under the guidance of three National Geographic editors in chief, across the terms of three U.S. presidents and nearly two decades of unparalleled medical innovation.

The story of the Visible Human Project is just one example of new developments we are seeing across the medical spectrum, and those that are chronicled in “The Future of Medicine.” The issue takes an in-depth look at the development of precision medicine practices that will tailor prevention, diagnosis, and treatment to an individual’s biochemical makeup. It also looks at how a new generation is embracing ancient Chinese remedies and why the United States posts one of the developed world’s highest rates of pregnancy-related deaths.

For more than a century, National Geographic has been at the forefront of modern-day science, technology and cutting-edge journalism, bringing its global audience stories of breakthroughs that have major societal impact, and “The Future of Medicine” takes this mission one step further. By infusing fact-forward stories of science and medicine with captivating characters and a spellbinding dimension of human interest, National Geographic’s science and medical content becomes instantly relatable and resonates across demographics.

Select features from within “The Future of Medicine” include the following.

“The Future of Medicine” is available online now at natgeo.com/futureofmedicine and on print newsstands December 21st.