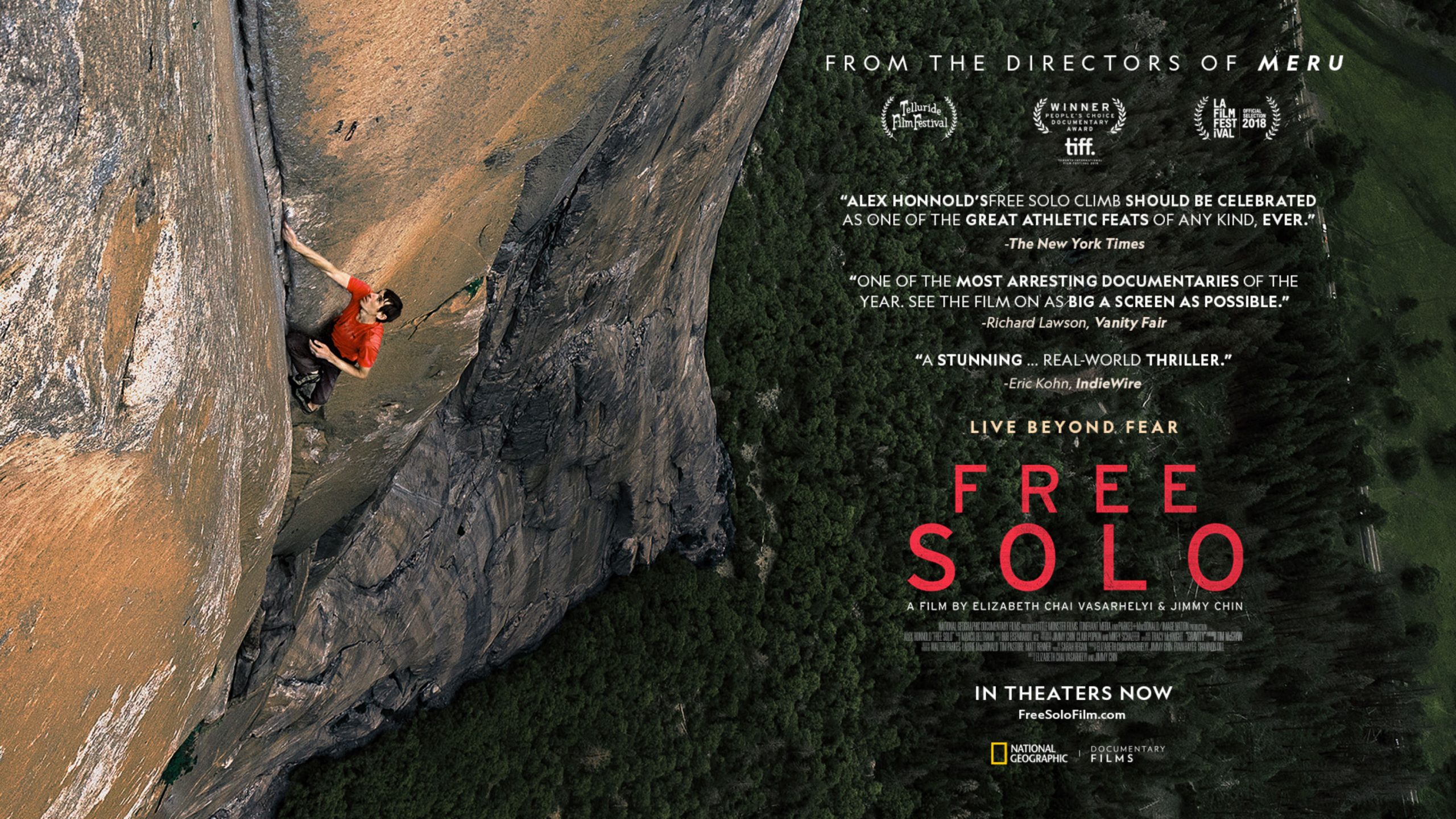 “It has just been an incredible year for non-fiction films and we’re honored to be a part of it,” Chai said in her acceptance speech, acknowledging the other nominees in the Best Documentary category, which were “McQueen,” “RBG,” “They Shall Not Grow Old” and “Three Identical Strangers.”

Chai and Jimmy, who co-directed the film, also recognized National Geographic and each other.

“Thank you, National Geographic, for believing in us and taking this leap of faith,” Chai said. “And also for hiring women and people of color, because we do make the films better!”

“I have to thank my incredible wife, co-producer, co-director. You are brilliant,” Jimmy said. “She had our second child two months into production. Talk about a working mom!”

In the U.S., “Free Solo” earned the highest per screen average of 2018 and set a record for the best per screen average opening week for a documentary ever. It has now earned almost million at the box office, making it the second-highest grossing documentary of 2018 and the top grossing Oscar nominee. Along with extensive industry recognition, including three Critics’ Choice Documentary Awards, an ACE Award for Best Editing, and three Cinema Eye Awards, Free Solo” is nominated for an Academy Award for Best Documentary Feature.