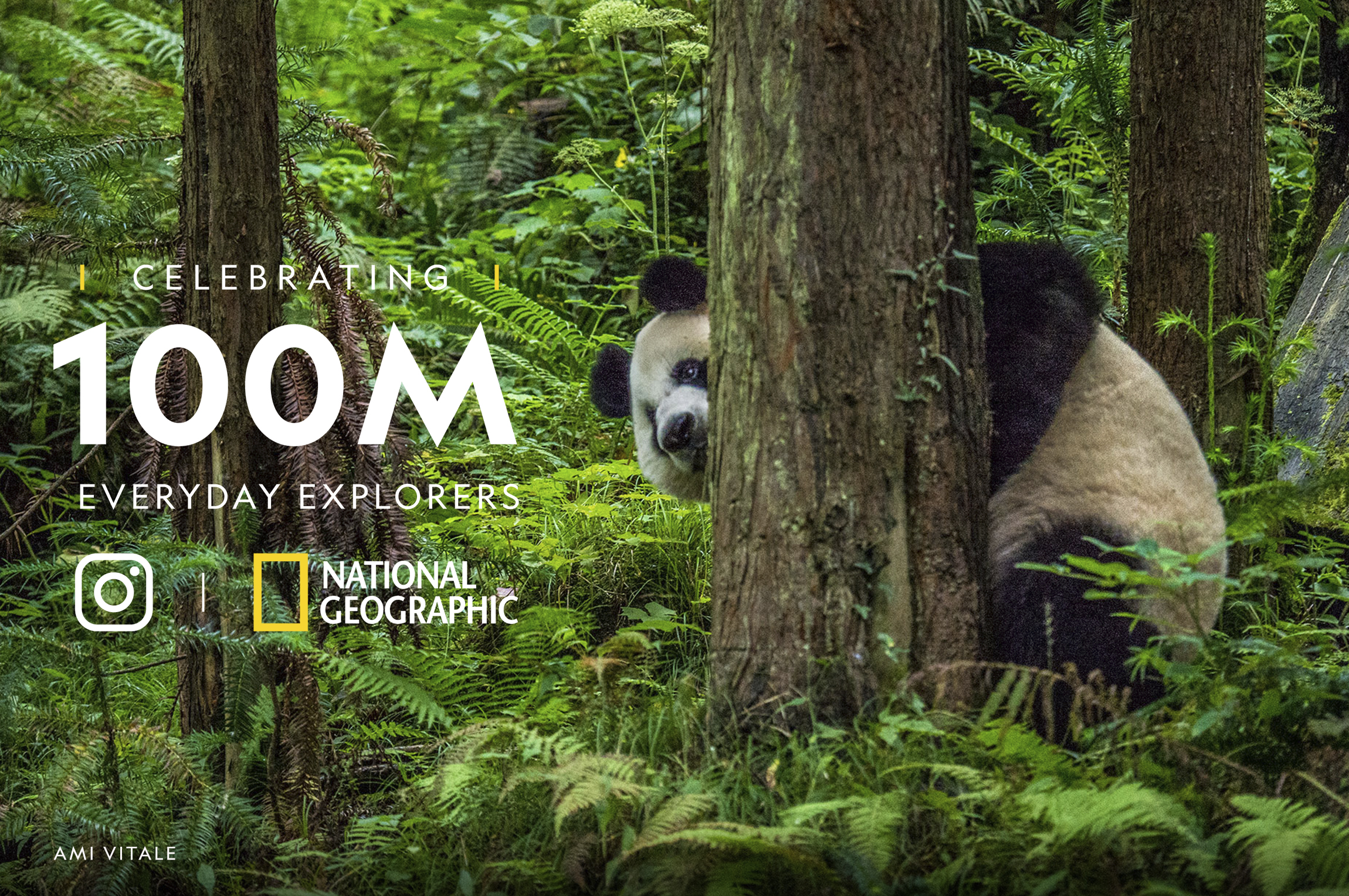 Propelled by a community of loyal fans, National Geographic’s Instagram account @NatGeo recently became the first brand to reach 100 million followers. Nat Geo joins the ranks of celebrities like Taylor Swift, Kim Kardashian, and Ariana Grande, as one of only 14 accounts with more than 100 million followers.

The milestone celebrates the strength of Nat Geo’s community of passionate fans, who are able to access Nat Geo’s powerful visual storytelling at their fingertips, as well as the photographers who share their images and stories directly from the field.

Take a look back at some of the key moments in @NatGeo’s history:

The account had 17 million followers from every country in the world when it hit 1 billion likes. To celebrate, Nat Geo compiled some of its most liked photos, revealing some trends, including dramatic landscapes and pandas, which appeared in five of the 14 most popular posts at the time. 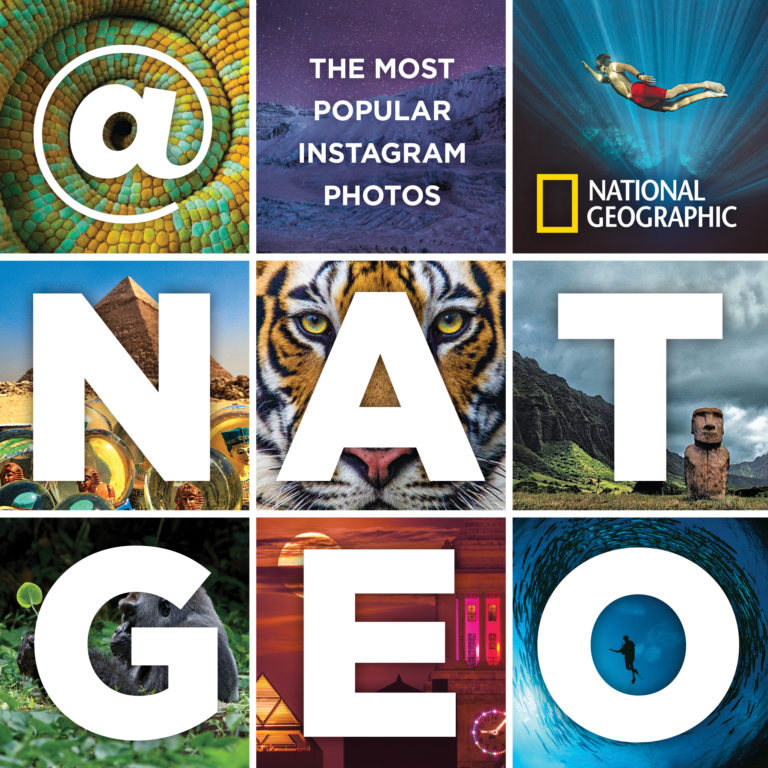 The “@NatGeo” book published 300 photos from the Instagram account, showcasing favorites from nearly all the contributing photographers, thoughtfully pairing images to new, touching and funny effect, and including comments and reactions from the public alongside the evocative photographs.

The exhibit at the National Geographic Museum in Washington, D.C., curated the most liked, commented on, and favorited photos from the @NatGeo account. Both digital and tactile, the exhibition gave visitors an opportunity to interact with the photography in a whole new way.

March 2018: Emma Watson is the first guest editor of the @NatGeo account 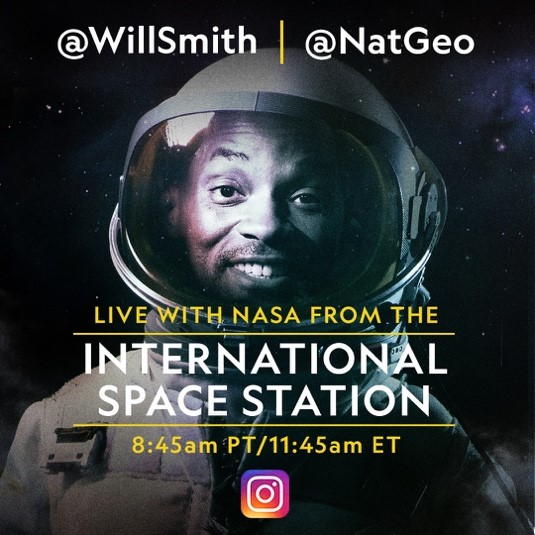 Will Smith, host of Nat Geo’s “One Strange Rock,” chatted with NASA astronaut Drew Feustel, live from the International Space Station. Their conversation was broadcast live from the @NatGeo Instagram account.

Nat Geo was one of the first media companies to adapt a made-for-TV video for vertical distribution by airing the final episode of “One Strange Rock” on IGTV, Instagram’s long-form video platform. 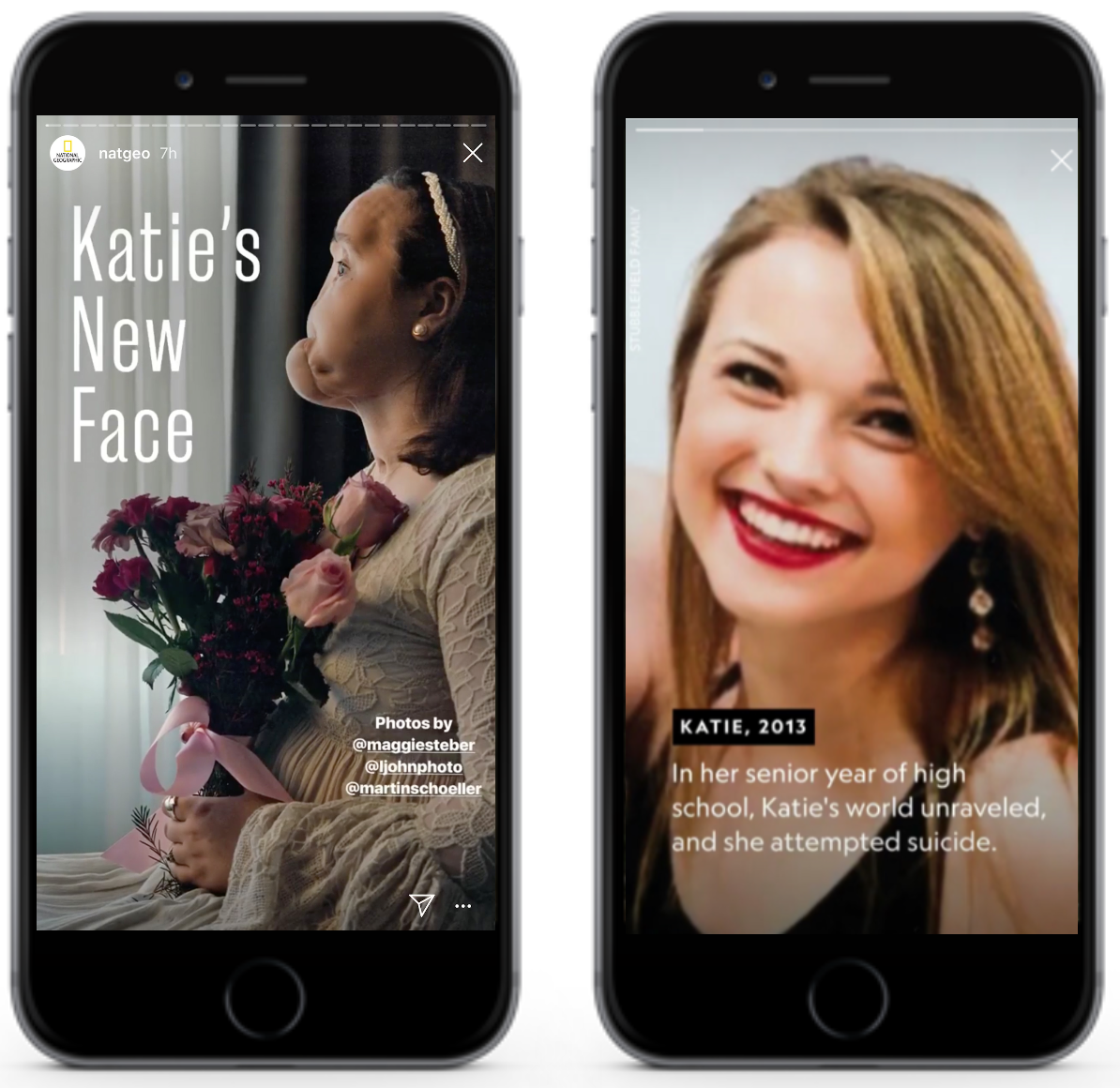 With more than 80 million total impressions, the “Katie’s New Face” Instagram story was viewed more times than any other story in the @NatGeo account’s history. The story supplemented “The Story of a Face,” the cover story of the September issue of National Geographic magazine that followed the youngest face transplant recipient in U.S. history.

The 135 contributing photographers have shared nearly 20,000 photographs. In the last four years, photographs on the account have received more than four billion likes and 20 million comments. Some of the most liked photos were published by Nat Geo to celebrate the milestone.