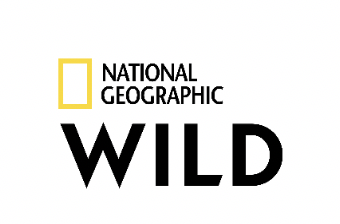 Nat Geo WILD, the No. 1 network for animal lovers of all ages, today announced its spring/summer programming lineup featuring bold new series, returning hits, innovative specials and family-friendly events that celebrate our planet’s amazing animals and the people who love them.

The slate includes a new live event series from the creators of “Live PD”, Animal ER Live, following real, exciting and dramatic behind-the-scenes stories of urgent animal cases at six of the top animal hospitals across the country in real time, beginning Saturday, March 30, at 9/8c.

Additionally, Nat Geo WILD’s slate also includes several new series that are slated to premiere in July 2019, including Red Zone Dogs (working title), which follows dog behavior specialist Matt Beisner as he works with the most dangerous, most aggressive, and most misunderstood dogs in the country, and Out There With Jack Randall, a new series that follows former Steve Irwin apprentice and zoologist Randall as he treks into the wild to teach others about anacondas, crocodiles and other amazing animals.

“Nat Geo WILD has always been committed to encouraging audiences to let the wild in, and this exciting and bold programming slate shows how we strive to find fresh, inventive new ways to give animal lovers content that will entertain, inspire and broaden their understanding of our wild world,” said Geoff Daniels, executive vice president of global unscripted entertainment for National Geographic Global Networks. “We continue to push the boundaries of wildlife storytelling by venturing into new formats with shows like Animal ER Live, delivering viewers more of the heartfelt pet stories they love with the excitement of live, authentic, unscripted television. This upcoming programming lineup will not only deliver on Nat Geo WILD’s promise to put animals first, but also surprise viewers with new characters, stories and formats that will strike a chord with animal lovers of all ages.”

*SCHEDULE AND TITLES SUBJECT TO CHANGE

Deadliest Week Ever
Weeklong Event Begins Memorial Day, Monday, May 27, at 9/8c
Not everything on Nat Geo WILD is cute and cuddly: Deadliest Week Ever is back with even more “who’s going to win this one?” standoffs than ever. Tune in for the ultimate week of the top battles of the animal kingdom — featuring hippos versus crocs, lions versus buffalos, cobras, cats, sharks and more!

Animal ER Live
Live Event Series Airs Saturday and Sunday Nights at 9/8c Beginning Saturday, March 30
(Produced by Big Fish Entertainment, an MGM Company)
From the creators of “Live PD” comes Animal ER Live, a new live series following animal emergencies at six animal hospitals across the country. Capturing the fast-paced drama and intensity of a hospital procedural mixed with the unbreakable bonds between pets and their owners, cameras will follow a wide range of touching cases in emergency rooms and waiting rooms, and also accompany on-call vets to homes and farms to treat animals that are too sick or too big to travel. A studio-based team will provide insight and takeaway on the stories as events unfold in real time. Treating everything from a sluggish puppy with a fever to a cat with sudden paralysis, watch these incredible doctors LIVE as they push the boundaries of medicine to provide innovative care for every animal imaginable.

World’s Cutest
New 12-Part Series Premieres June 2019
(Produced by Showrunner Productions)
Cuteness is difficult to define and completely open to interpretation. Is visual allure the singular yardstick of adorability? Or do character traits and behavior each have a role to play? World’s Cutest explores a menagerie of charming contestants that will compete for your affections. Will the inquisitive meerkat outdo the cuddly koala? How will the lovable little penguin be ranked against the cheeky snow monkey? This series gathers together the world’s most adorable animals and seeks to answer the big question: Which is the cutest of them all?

Red Zone Dogs (working title)
New Six-Part Series Premieres July 2019
(Produced by High Noon Entertainment)
Dog behavior specialist Matt Beisner works with the most dangerous, most aggressive, and most misunderstood dogs in the country. These are the dogs other trainers won’t touch; the ones that everyone else has given up on, and even recommended be put down. Beisner risks his life and limbs for these animals because, as he says, he used to be like them. Beisner understands deeply how it feels to be a ‘bad dog’. After his own life was saved through personal transformation, Beisner rescued a dog, found his calling, and dedicated his life to saving dogs that have nowhere else to turn. Now, he and his team are helping thousands of owners learn how to handle their aggressive and misunderstood animals, as well as rescuing and rehabilitating dogs from local shelters that have been turned away by every other facility. Each inspiring episode of Red Zone Dogs (working title) follows Beisner and his innovative approach to changing canine behavior. He focuses on the unique needs of each animal, from detachment issues to aggression driven by fear. Even after all he’s seen, Beisner still believes there is no such thing as a bad dog.

Out There With Jack Randall
New Six-Part Series Premieres July 2019
(Produced by Painless Television)
At just 14 years old, Jack Randall left his home in England to become an apprentice to Steve Irwin, learning to handle snakes and other reptiles. Today, he treks into the wild to teach others about anacondas, crocodiles and other amazing animals. Take a walk on the wild side with Randall as he searches for exotic, endangered and iconic species in some of the most unforgiving environments on the planet. No animal is too creepy or dangerous for him to get his hands on! This season, Randall treks deep into the Australian Outback on a mission to research deadly crocodiles, unpredictable pythons, endangered green turtles, feral camels, venomous snakes and wild kangaroos.

The Incredible Dr. Pol
Season 14 continues Saturdays 9/8c through March, Season 15 Premieres July 2019
(Produced by National Geographic Studios)
Pol, Pol and more Pol! Nat Geo WILD’s No. 1 series continues with even more pregnancy exams, prolapses and problematic cases than ever before. No two days are ever the same for Dr. Pol and his staff at Pol Veterinary Services as they wrangle animals and tackle cases at their clinic in rural Michigan. This season, Dr. Pol and his team will stop at nothing to make sure their clients and their animals are happy and healthy.

Dr. K’s Exotic Animal ER
Season Seven Premieres Sunday, Feb. 24, 9/8c
(Produced by Spectrum Productions)
Nat Geo WILD’s star of Sunday nights returns for an all new season! Dr. K’s exotic cases and cures are as wild and unexpected as the animals that come through the door. Dr. Susan Kelleher owns and operates one of the busiest exotic animal care practices in South Florida. Along with her skilled and dedicated staff, she treats a dynamic array of patients ranging from goats to monkeys, birds, rabbits, pigs, fish and every imaginable animal in between. “Everything but dogs and cats. If it will fit through the door, I’ll treat it!” is Dr. K’s motto. This season, Dr. K and staff see everything from dwarf hamsters to fennec foxes, to bearded dragons and more!

Secrets of the Zoo
Season Two Premieres Sunday, May 19, at 9/8c
(Produced by Spectrum Productions)
The call of the wild takes people all over the world in pursuit of exotic creatures including to a pristine land where 10,000 animals span 12,000 acres. And no, it’s not in Africa. It’s in Ohio! The Columbus Zoo and Aquarium is one of the largest and most popular zoos in the country, boasting none other than Jungle Jack Hanna as its legendary director emeritus who actually lives in the zoo! It takes hours just to see it all, and this new season of Secrets of the Zoo will take you behind the scenes to meet the animals and the army of people who work 24 hours a day, 7 days a week to create one of the best zoo experiences in the country.

Monster Croc Wrangler
Season Four Premieres Fall 2019
(Produced by WFD Productions)
In this all new season of Monster Croc Wrangler, follow the extraordinary everyday life of helicopter cowboy and animal relocation expert Matt Wright in the rugged and wild landscape of Australia’s Northern Territory. Living alongside a booming population of the world’s largest reptile — the saltwater crocodile — Wright is a modern-day “Crocodile Dundee” as he works to keep both crocs and people safe. His mission is extremely dangerous, but simple: Confront these massive killing machines head-on and relocate them to an area away from people. Whether wrangling deadly snakes, wrestling wild bulls or dangling hundreds of feet below a moving helicopter to land inside a crocodile nest, Wright is at the center of the action as he does his part to maintain the delicate balance between people and dangerous animals.

Hunt for the Giant Squid
One-Hour Special Event Premieres Friday, March 22, at 10/9c
(Produced by NHK)
Antarctica is the coldest place on Earth. It’s too harsh for most life forms to survive on land, but underwater life is totally different. Using deep-sea submersibles equipped with state-of-the-art cameras, marine biologists set out to explore one of the world’s most exotic places. The Southern Sea is home to bizarre and sometimes gigantic sea creatures. The scientist’s journey takes us into a hostile and inaccessible world locked away under snow and ice to experience the magic spell of these ocean giants.

India’s Wild Cats
Two-Hour Special Event Premieres July 2019
(Produced by Felis Creations Ltd)
India’s wild cats have been symbols of strength and royalty since ancient times. Despite the reverence they evoke and their own adaptability and prowess, these cats have been pushed to the brink. Yet, they are the last hope for protecting the country’s wild spaces. Two years in the making, India’s Wild Cats has journeyed across the country’s contrasting landscapes with an ambition to paint an intimate portrait of the intriguing lives of these incredible animals.

National Geographic Partners LLC (NGP), a joint venture between National Geographic and 21st Century Fox, is committed to bringing the world premium science, adventure and exploration content across an unrivaled portfolio of media assets. NGP combines the global National Geographic television channels (National Geographic Channel, Nat Geo WILD, Nat Geo MUNDO, Nat Geo PEOPLE) with National Geographic’s media and consumer-oriented assets, including National Geographic magazines; National Geographic studios; related digital and social media platforms; books; maps; children’s media; and ancillary activities that include travel, global experiences and events, archival sales, licensing and e-commerce businesses. Furthering knowledge and understanding of our world has been the core purpose of National Geographic for 131 years, and now we are committed to going deeper, pushing boundaries, going further for our consumers … and reaching millions of people around the world in 172 countries and 43 languages every month as we do it. NGP returns 27 percent of our proceeds to the nonprofit National Geographic Society to fund work in the areas of science, exploration, conservation and education. For more information visit natgeotv.com or nationalgeographic.com, or find us on Facebook, Twitter, Instagram, YouTube, LinkedIn and Pinterest.