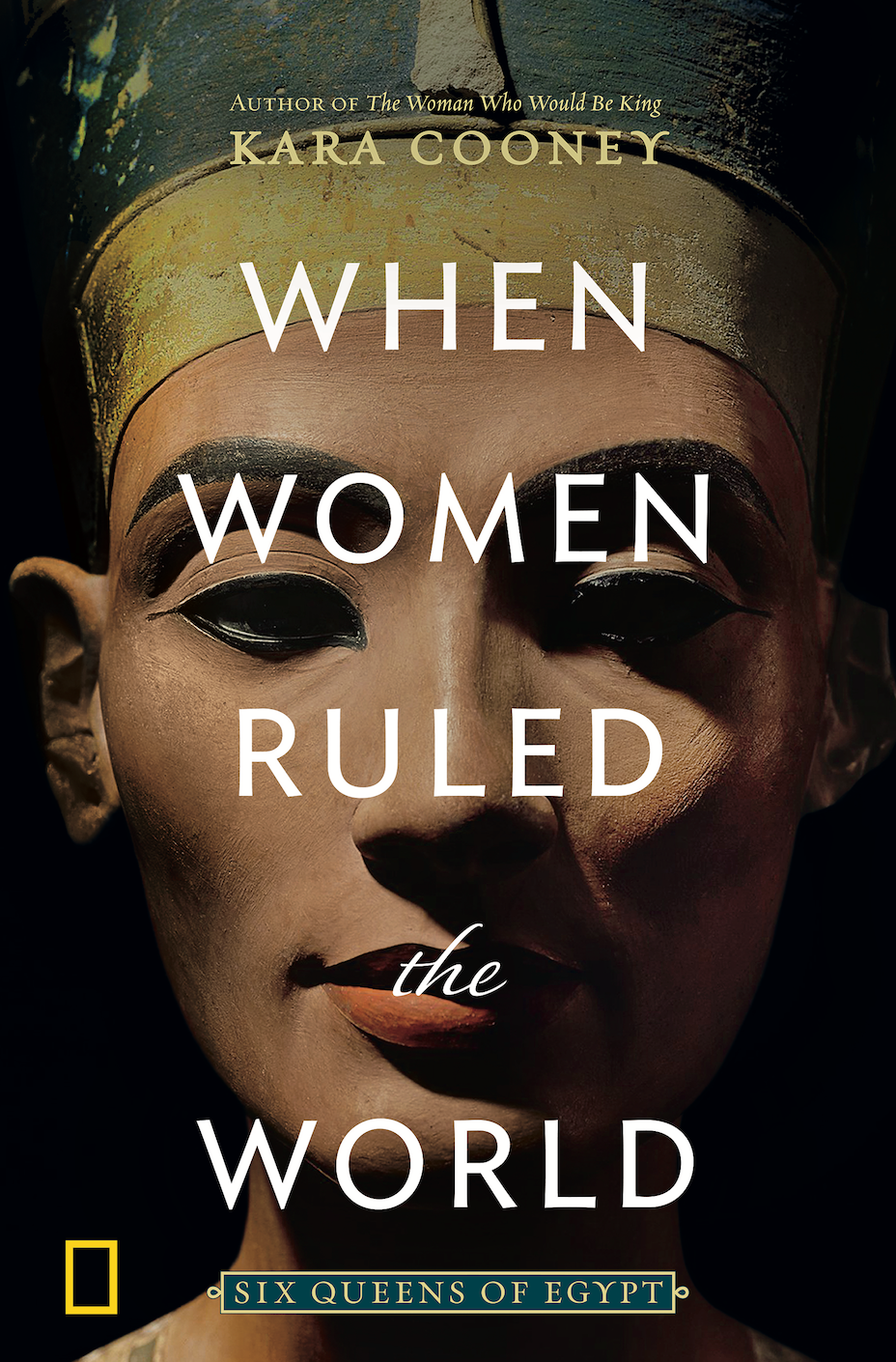 Female rulers are a rare phenomenon. But thousands of years ago in ancient Egypt, women reigned supreme, controlling the authoritarian state as power brokers in times of war and peace. Even with their success, these political masterminds were just as often used as pawns in a patriarchal society. Through the seductive lens of six remarkable female pharaohs— Merneith, Neferusobek, Hatshepsut, Nefertiti, Tawosret and Cleopatra—celebrated Egyptologist Kara Cooney explains how these women ruled and what made ancient Egypt unique amount history’s greatest empires. Her remarkable book illuminates the complexities of their unusual power, and why its like has never been seen since.

A professor of Egyptian art and architecture at UCLA, Kara specializes in social history, gender studies, and economies in the ancient world. Her current research in coffin reuse provides an up-close look at the socioeconomic and political turmoil that affected even funerary and burial practices in ancient Egypt. This project has taken her around the world over 10 years to study and document nearly 300 coffins in various collections. Her first trade book, "The Woman Who Would Be King: Hatshepsut’s Rise to Power in Ancient Egypt," released in 2014, is an illuminating biography of ancient Egypt’s least-well-known female king.

From March 1, 2019 through September 2, 2019, the National Geographic Museum is hosting a special "Queens of Egypt" exhibit, inviting visitors to travel back in time with National Geographic to visit ancient Egypt, one of the world’s greatest civilizations, and get to know some of its lesser-known leaders—Egypt’s mighty queens.

This immersive exhibition highlights the women of Egypt with a focus on the New Kingdom through the last queen, and pharaoh, Cleopatra VII. Visitors will travel through over 1,400 years of history brought to life and learn from National Geographic Explorers about the discoveries that are changing what we know about this important ancient civilization.

In honor of this exhibit, Kara will be speaking at National Geographic, delivering a fascinating tale of female power through the lives of six remarkable pharaohs. She’ll shine a piercing light on perceptions of women in power, exploring why it has seldom been allowed through history and why that is relevant today. Her events at National Geographic are just in time for International Women’s Day on Friday, March 8, 2019.

Learn more from Kara Cooney at upcoming National Geographic Live events in Kansas City, Omaha, and Toledo this spring. Dates for next season will be announced soon. For more information please click here.

Here are what people are saying about Kara’s latest book:

"When Women Ruled the World: Six Queens of Egypt, is full of shadowy stories of murder, incest, political power plays and enough intrigue to satisfy even the most jaded reader."

This book "draws the reader into many less known aspects of ancient history with an informal prose and style for the general reader."

"Cleopatra may have ruled more than two thousand years ago, but her reign is still teaching Kara Cooney about the relationship between women and power today… [The book] explores the past while applying it to the present, seeking to change the narrative around women in power both in the ancient world and in society today."