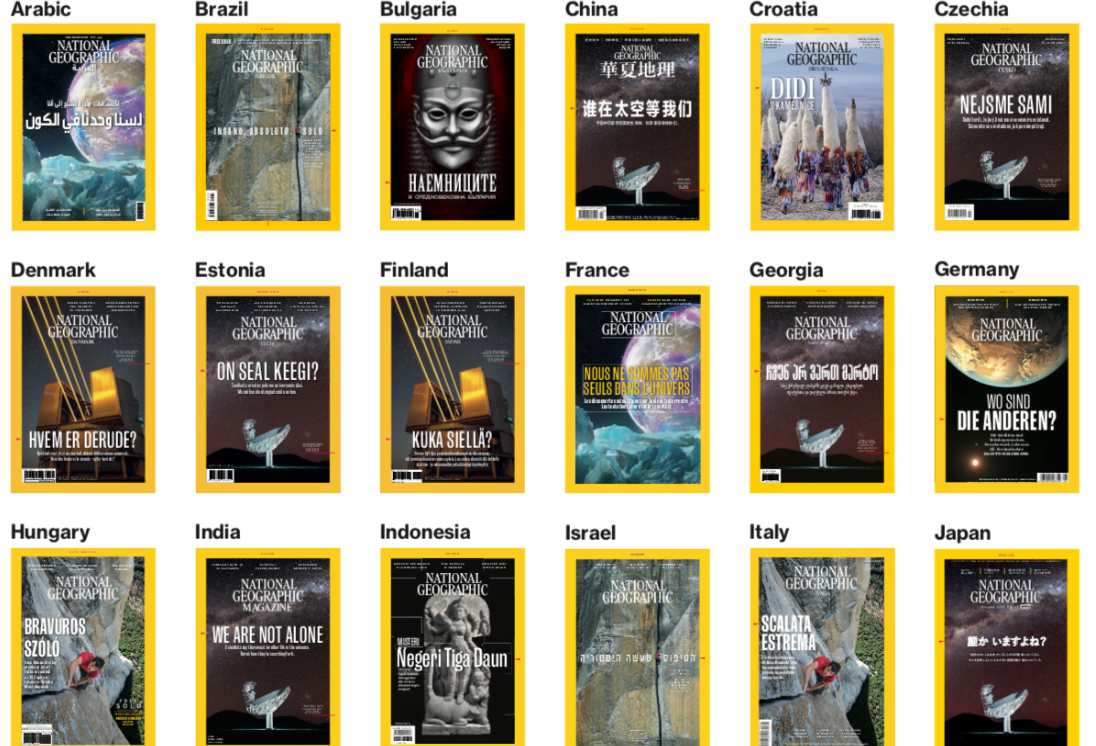 For the March 2019 issue, the English edition featured a compelling science story on the search for life in outer space on the cover of the magazine. China, Japan, Indian and others also followed this choice, with some choosing alternate images from the story to represent the "Are We Alone?" concept.