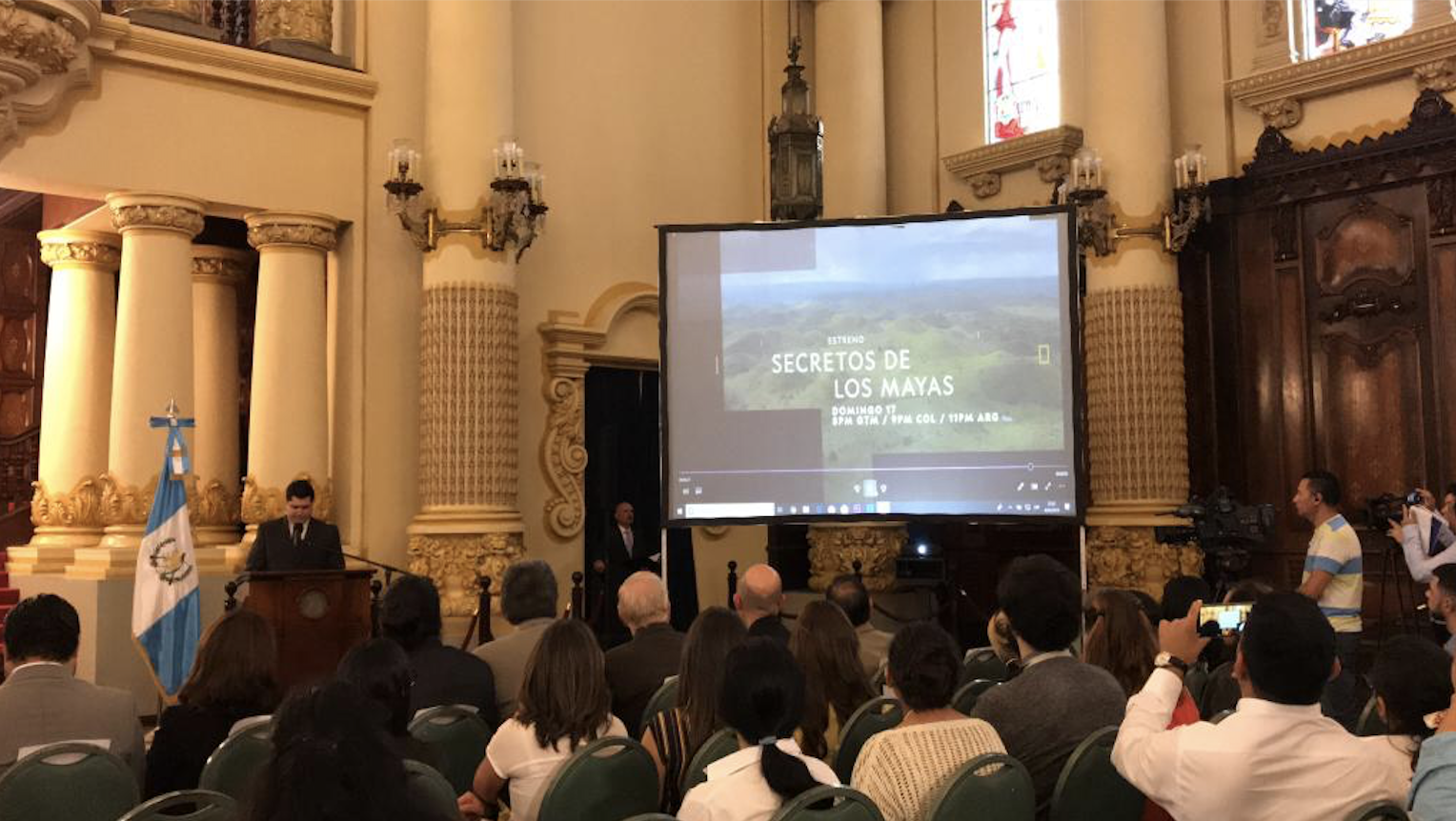 In Guatemala City on Monday March 4, National Geographic took part in a press conference with the Guatemalan Ministry of Culture to launch the new four-part series "Lost Treasures of the Maya."

National Geographic partnered with the Guatemala Institute of Tourism and PACUNAM (Mayan Cultural and Natural Heritage Foundation) on the press conference. At this event, archaeologists and representatives of the Institutes involved presented their findings to press, Government representatives, industry experts, non-profit organizations and others.

The new four-part series "Lost Treasures of the Maya" was previewed at the event. The series digs further into last year’s massive finds as Archaeologists explore through Pacunam LiDAR technology the lost ruins that were found. The lost ruines rewrite the history of one of the most mysterious ancient civilizations: The Maya. These ruins confirmed that Maya Civilization was much larger than previously thought and completely re-wrote long-held beliefs about the civilization.

The new series returns to the jungle where 60,000 new Maya structures were discovered last year through the use of LiDAR (Light Detection and Ranging). The LiDAR allows archeologists to see through the dense trees of the Guatemalan jungle like an X-Ray to create a new high-tech map.

Guatemala’s Pacunam LiDAR Initiative was joined in the jungle by National Geographic Explorer Albert Lin and a team of Guatemalan, American and international archaeologists with the new hi-tech map in hand to enter barely charted jungle and explore through this new technology the discovered sites.

The filming teams have been on the ground for months, based in 12 major archaeological field sites across Northern Guatemala, to follow these leading archaeologists, including National Geographic Explorers, as they explore the newly discovered sites for the first time.

These new discoveries were revealed to the world when National Geographic aired "Lost Treasures of the Maya." The revolutionary new theories about how the Maya waged war will change the way we look at this ancient culture forever. See below for a preview of the new four-part series.