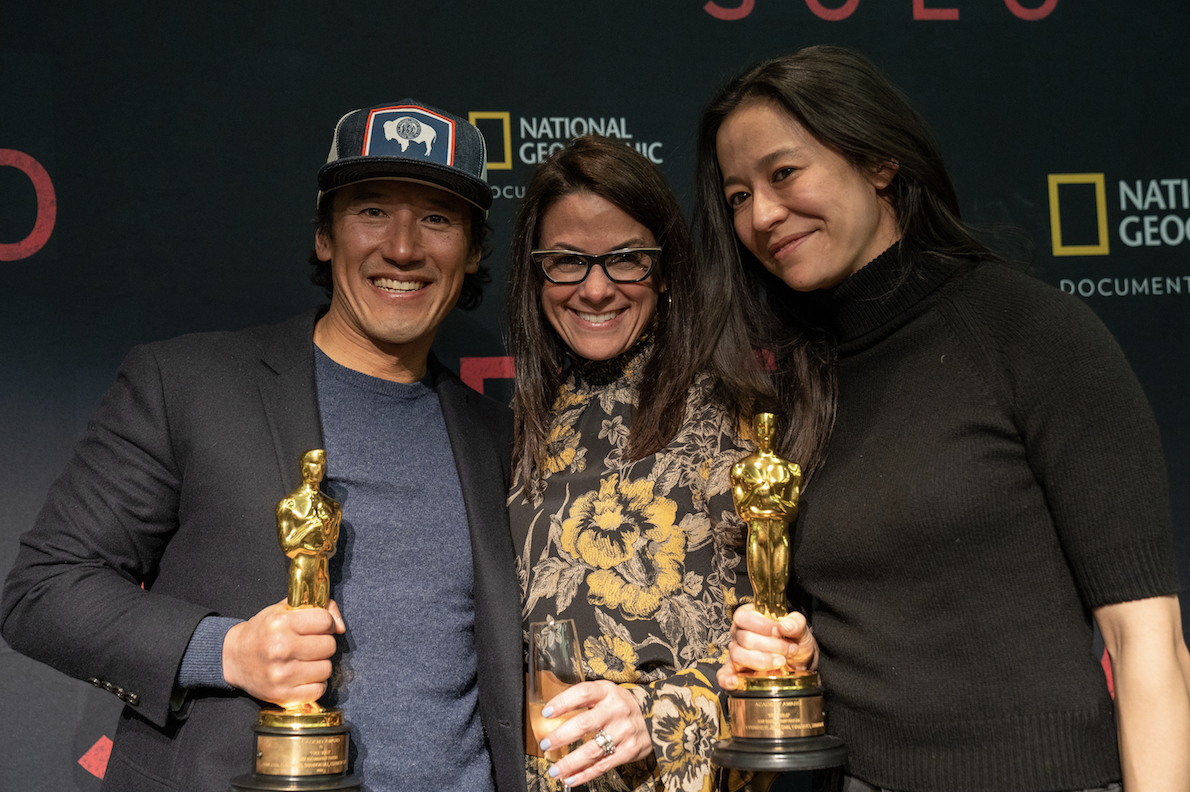 The filmmakers brought along their Oscar statues and posed for photos with staff, who also enjoyed a cake in the shape of El Capitan, complete with a miniature Alex Honnold.