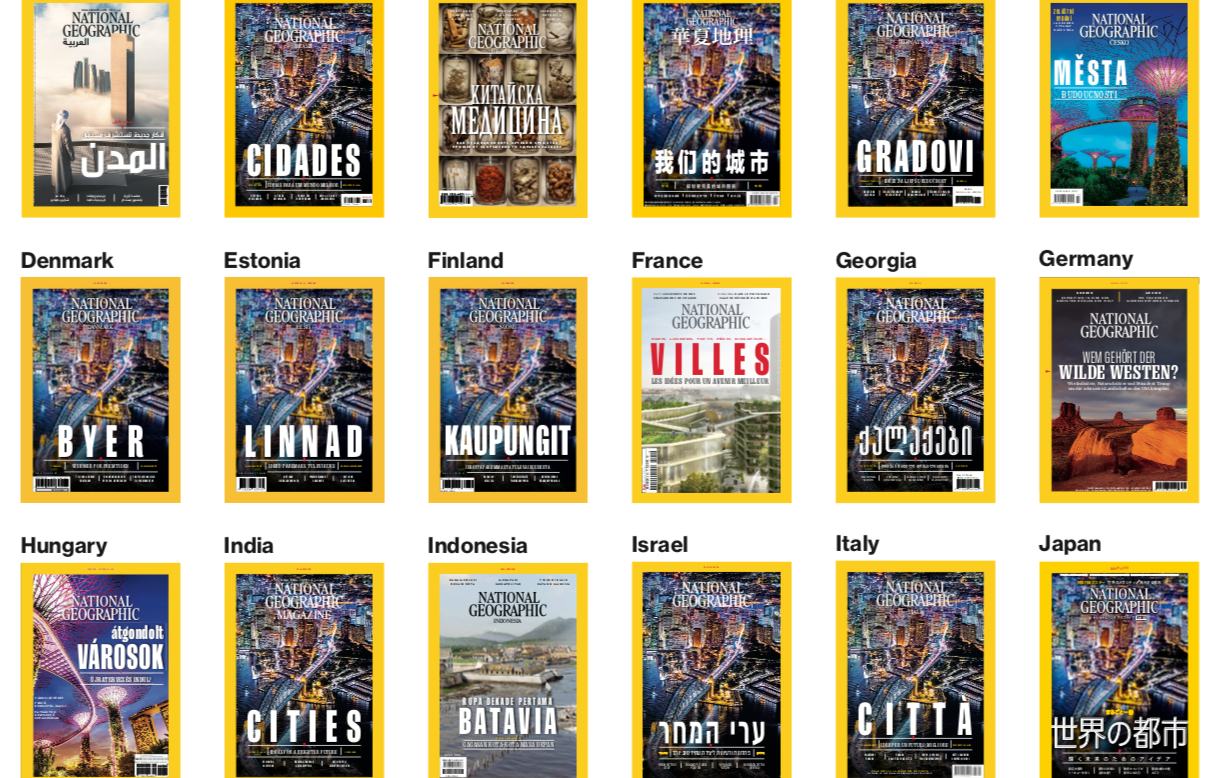 For the April 2019 issue, the English edition featured a thought-provoking single-topic issue on cities, using the cover image of Sydney, Australia.

This photograph was picked up and used by many local teams. National Geographic’s Spanish and Portuguese editors noted, "It was powerful and modern. It’s really difficult to find one image that can convey the idea of cities but this seems to work."

As for other cover images, Singapore’s "Supertrees" provided a compelling futuristic look for Czechia, Hungary, and Poland. Taiwan selected a powerful image of Tokyo Tower, while the Arabic team used an image from a local story on Abu Dhabi, where the edition is based. France used an illustration of an urban plan for the Parisian district of Ternes, and the Indonesian team looked to how the formation of Batavia, once the capital of the Dutch East Indies, influenced modern Jakarta.

Other editions decided to create typical issues with a variety of articles, rather than a single-topic focus like cities. The Bulgarian team used January’s Chinese Medicine story, and the Kazakh edition used February’s Peru Child Sacrifice story. 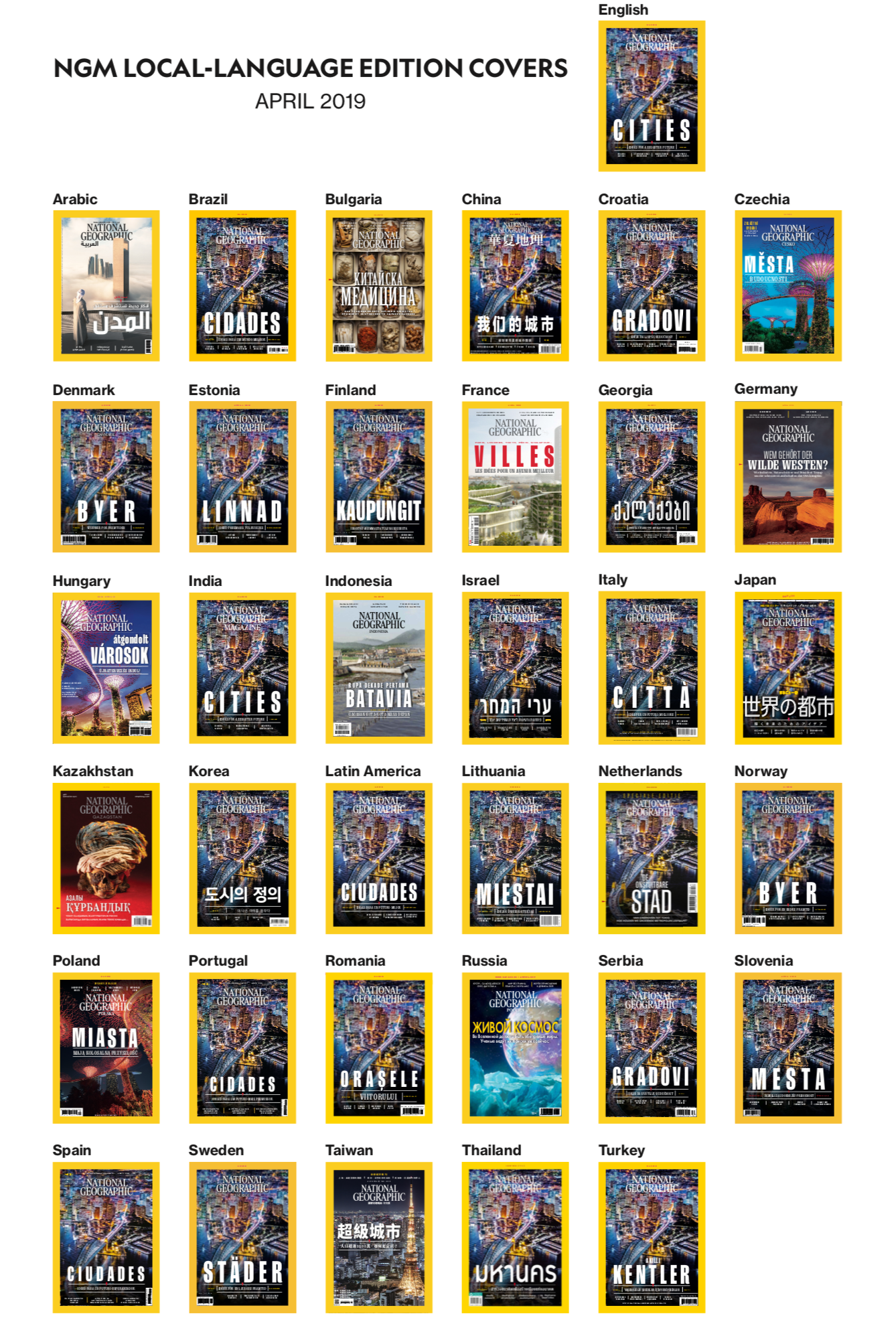