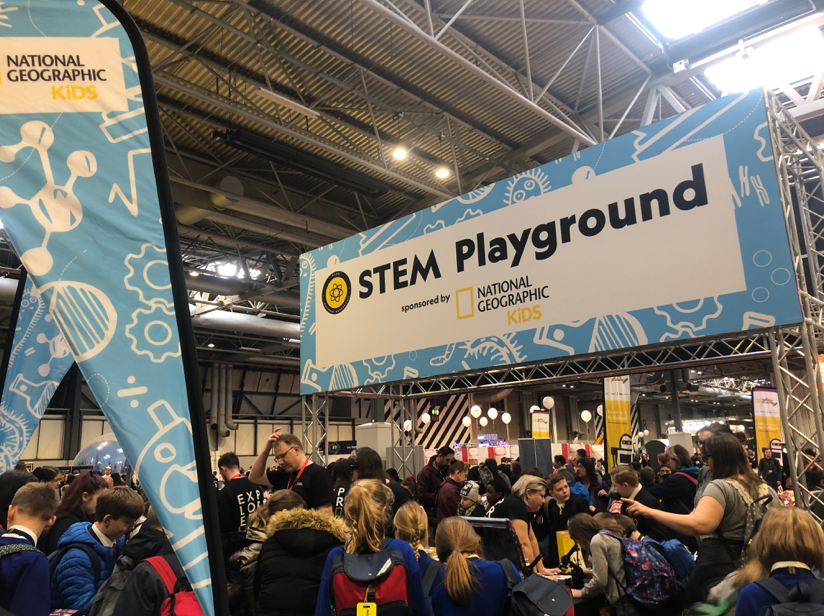 As a sponsor, National Geographic was able to showcase much of its content and products, and provided several experts to answer questions and offer career advice to young attendees. As part of the main stage, where all of the talks and awards presentations took place, National Geographic ran several videos, featuring the "Planet or Plastic?" initiative and several Nat Geo Explorers.

“We’re thrilled to have welcomed National Geographic to this year’s Big Bang Science Fair. This important partnership allowed the fair to continue to be a great source of STEM inspiration for young people and gives visitors, their teachers and parents an amazing opportunity to get hands-on with a wide range of activities, workshops and shows. Through National Geographic, young people could engage in meaningful career conversations with professionals, all designed to bring classroom learning to life and inspire the next generation of scientists and engineers."

To engage visitors further, National Geographic built the STEM Playground, a hands-on play area that proved hugely popular with younger festival-goers. Visitors learned about code-breaking, took a personality quiz to find out what kind of explorer they were, experimented with microscopes, got messy in the Slime Workshop and had fun with volcano sets and excavation kits.