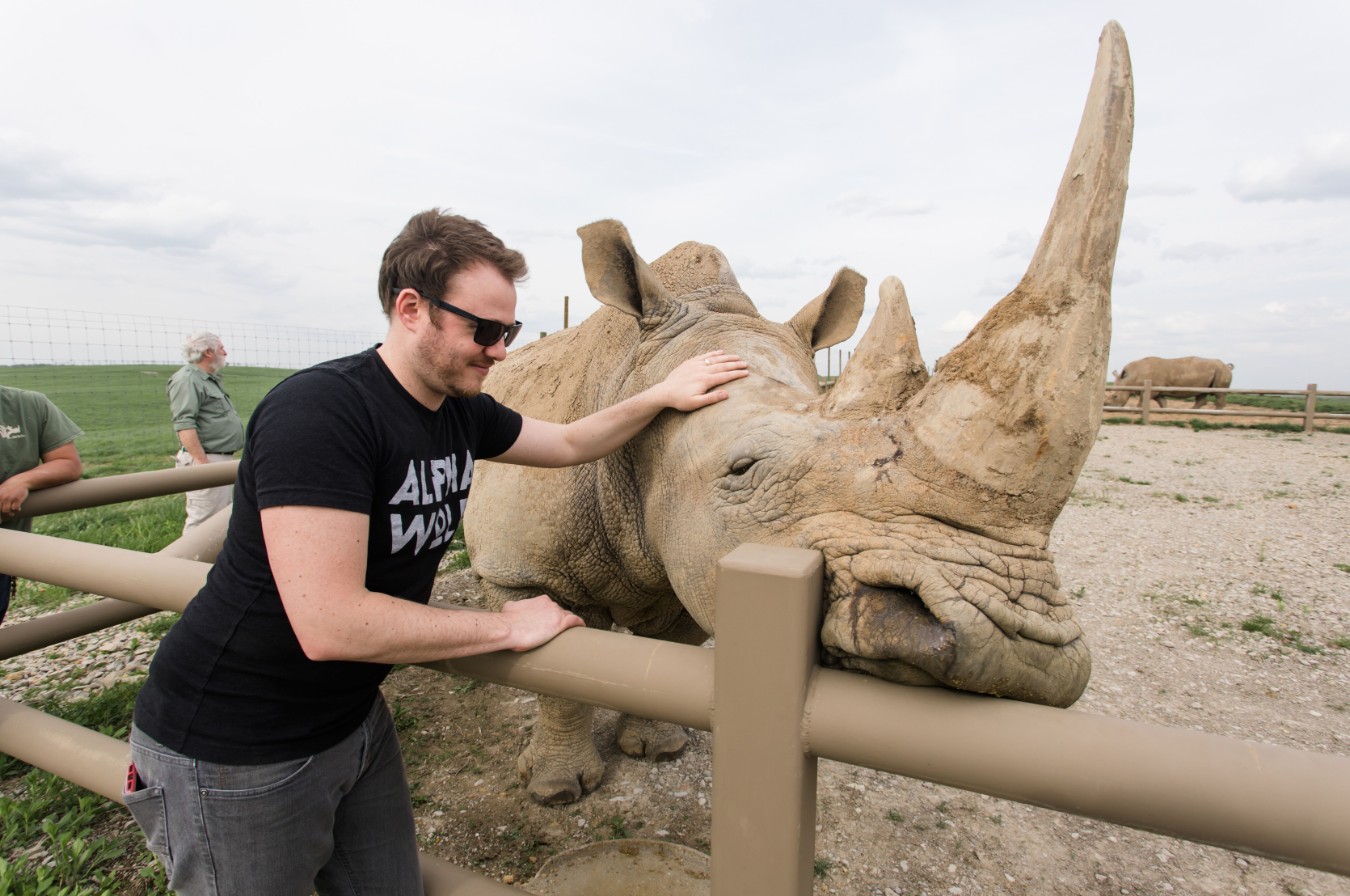 Once in a lifetime experience petting the Southern White Rhino at The Wilds.
National Geographic/Beth Caldwell Photography

Nat Geo WILD is bringing viewers behind the scenes of one of the largest and most popular zoos in the country — the Columbus Zoo and Aquarium — in another exciting season of "Secrets of the Zoo."

Meet the animals and the army of people who work 24 hours a day, seven days a week, to create one of the best zoo experiences in the country. Boasting none other than “Jungle Jack” Hanna as its legendary director emeritus, the Columbus Zoo and Aquarium is home to a pristine space where 10,000 animals span 12,000 acres, and its world-class staff handles nearly 6,000 veterinary cases and more than 100 births each year.

"Secrets of the Zoo" showcases the incredible bonds between keepers and the animals they care for, breathtaking feats of heroism and the raw emotion that comes when rehabilitated animals are returned to the wild.

Viewers will also be taken back to The Wilds, one of the largest conservation centers in North America and home to rare and endangered animals from all around the world, along with hundreds of indigenous species located in the Columbus Zoo’s “backyard.”

The new season of "Secrets of the Zoo" premieres Sunday, June 2, at 9/8c on Nat Geo WILD. Check out two sneak peeks from the upcoming season below.

Dr. Priya calls in a human heart specialist to help with great ape Lady, a bonobo with a life-threatening heart condition. Bonobo hearts are remarkably similar to human hearts, so Dr. Priya and her team are hoping a human cardiac specialist can shed light on Lady’s heart problems. Out at The Wilds, Dr. Jan and her team anxiously await the birth of resident cheetah Wangari’s cubs. Nothing goes according to plan, but there are big surprises ahead for Wangari and her caregivers, including a twist no one saw coming.

The staff at the Columbus Zoo is hurriedly preparing to make a home for an orphaned baby gorilla from a nearby zoo in Milwaukee. Baby Zahra lost both her parents at an early age, so it’s essential surrogate parents are found quickly so she can bond with a new family. And the zoo’s longtime resident flamingo, Annyong, has lost his voice, and the team scrambles to find out what’s causing his muted call.