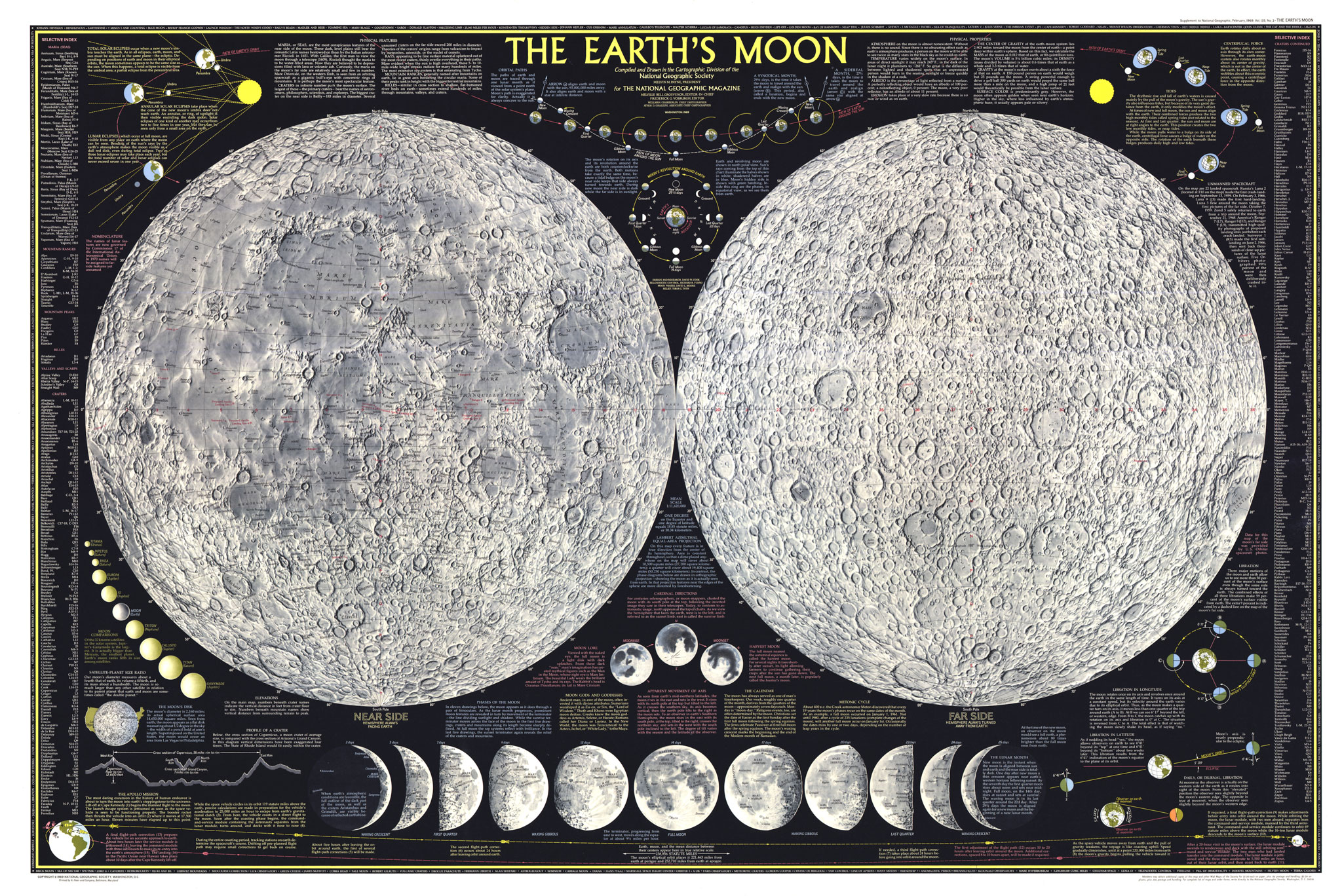 Former National Geographic cartographer Richard Furno visited headquarters on Thursday, May 9, to share the fascinating story of how he and his colleagues created the iconic 1969 map of the moon.

All great maps tell a rich and compelling story, and Richard is a master storyteller who shared how he and his colleagues Dave Cook, Dave Moore, Tibor Toth and Jay Inge worked to build the map during the Space Race.

Maps tell us a lot of things— where we are, where we have been and often, where we want to go. Richard’s presentation embodied the pride and thrill we all have in National Geographic. It was really a special experience to hear about the painstaking process of creating the iconic moon map as well as the immense joy he had in being a part of history.

In 1959, the Soviet spacecraft Luna 3 looped around the moon and sent back the first photos of the far side of the moon.

“It established that the moon was a two-sided, 360-degree world, which needed mapping,” Richard said. 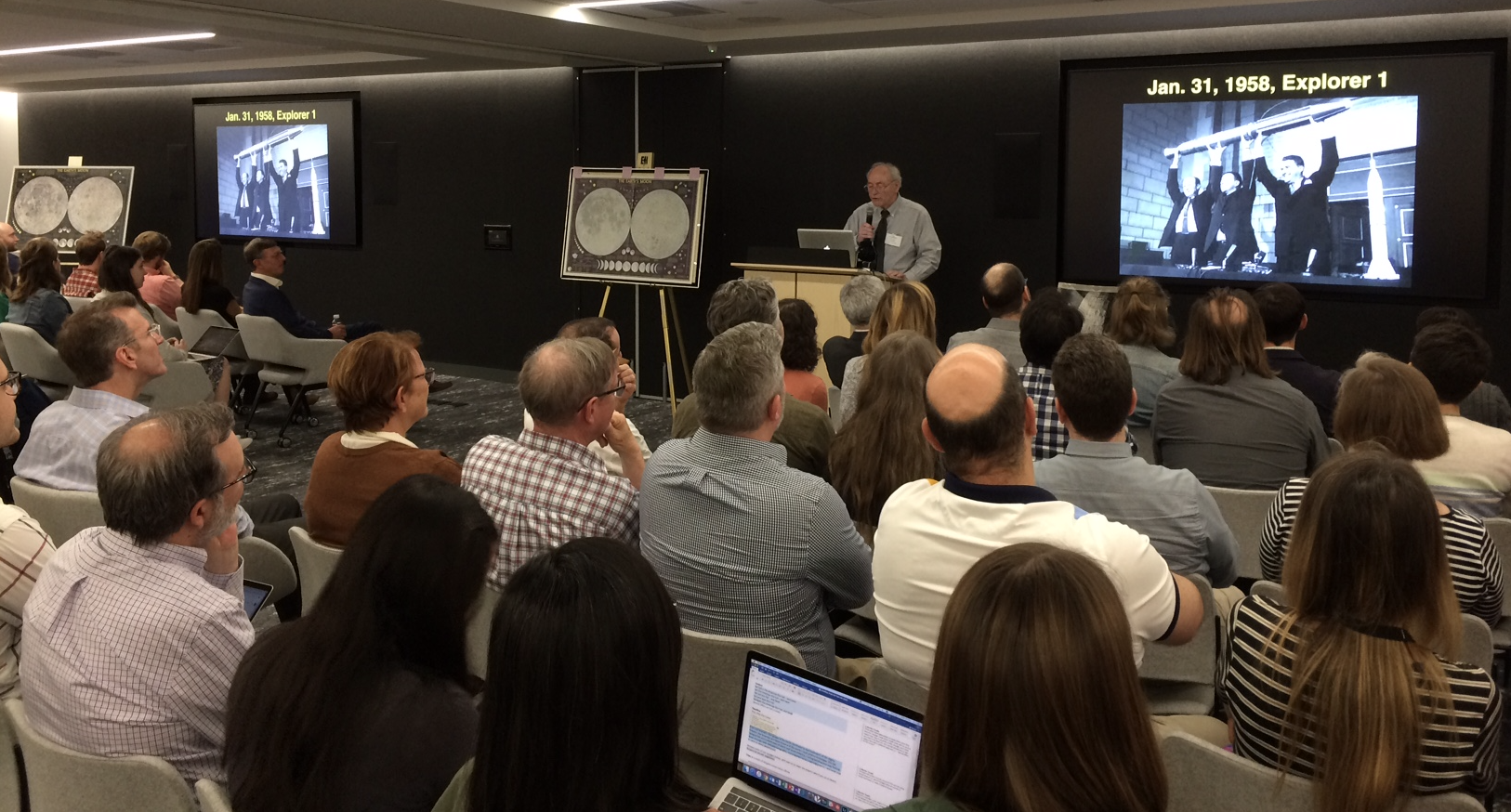 Richard Furno presents to a full room the story of how the Moon Map was created.
Michael Fry, National Geographic

As the nation was challenged to reach the moon, Richard created what has turned out to be one of the great historic maps of the century.

In 1961, President John F. Kennedy announced the goal of landing a man on the moon by the end of the decade. Richard said that Kennedy’s death in 1963 strengthened America’s resolve.

“It galvanized the country’s dedication to meet his deadline and get to the moon before 1970,” he said. “Throughout the decade, with each of NASA’s successes, nail-biters and tragedies, Americans became more and more emotionally involved.” 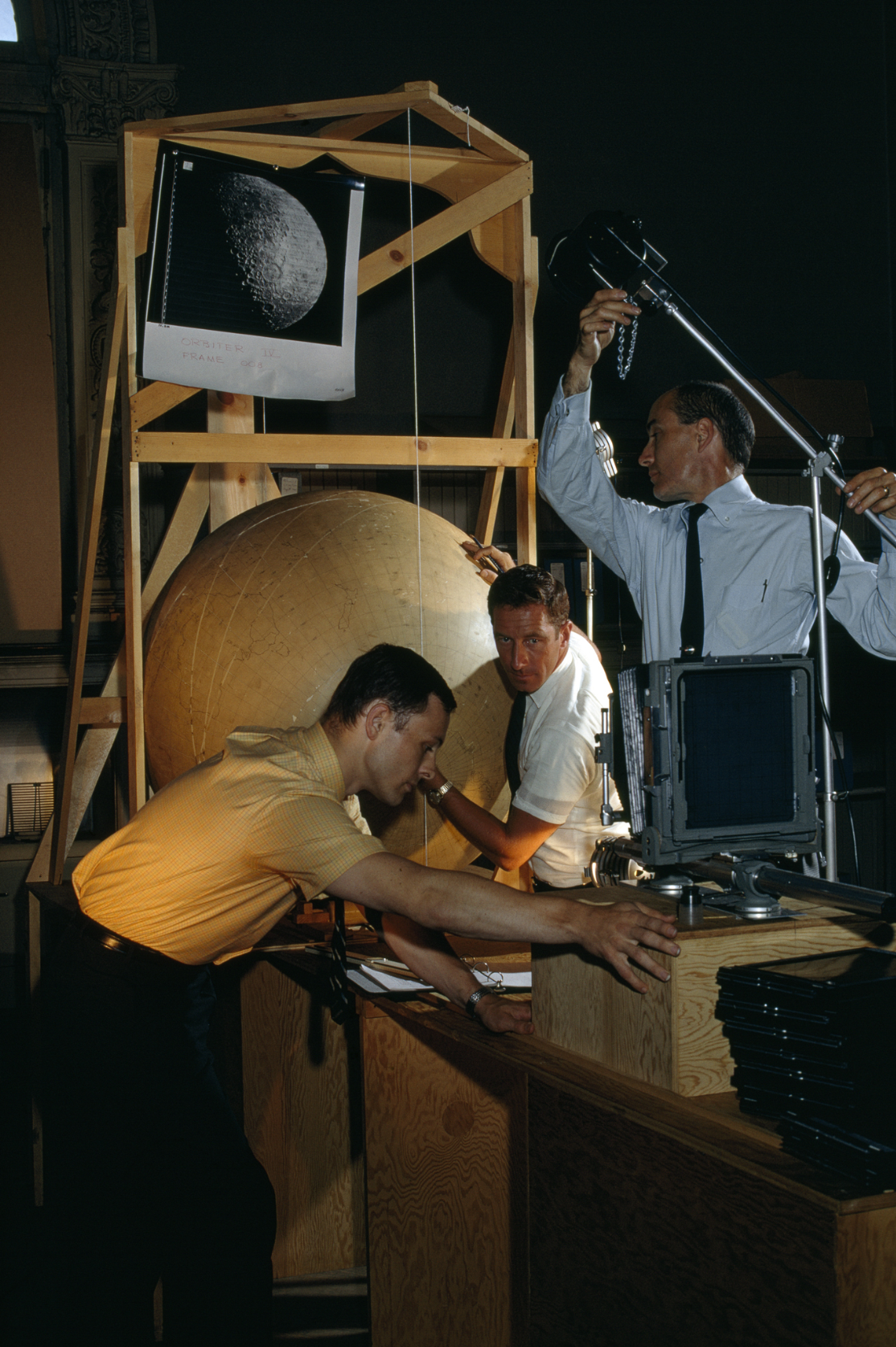 A work of unearthly beauty, this 1969 map of the moon was the first ever to show both faces of the lunar surface on a single sheet—not just the familiar surface we see at night, but the hidden far side as well.

In the late 1960’s, five Lunar Orbiters circled the moon and sent back images of the surface of the moon. In order to accurately determine where those photos fit on a latitude and longitude grid, Richard and his colleagues used a 40-inch globe as a stand-in for the moon and took photos from the same position as the Orbiter photos. From there, the cartographers could precisely pinpoint the location for each crater and other physical feature.

Ultimately, “The Earth’s Moon” map was published in the February 1969 issue of National Geographic magazine, with detailed depictions of the entire surface of the moon.

Dave [Cook] said the moon map was the most exciting map he ever worked on. I think we both felt like we were participating in the race to the moon. When the map appeared in the February 1969 issue, the country was on a lunar high after the spectacular Apollo 8 mission. Worldwide, millions tacked their maps to their walls.

After Richard’s presentation, a current National Geographic cartographer unveiled an updated version of the moon map created in honor of the 50th anniversary of the moon landing this summer.