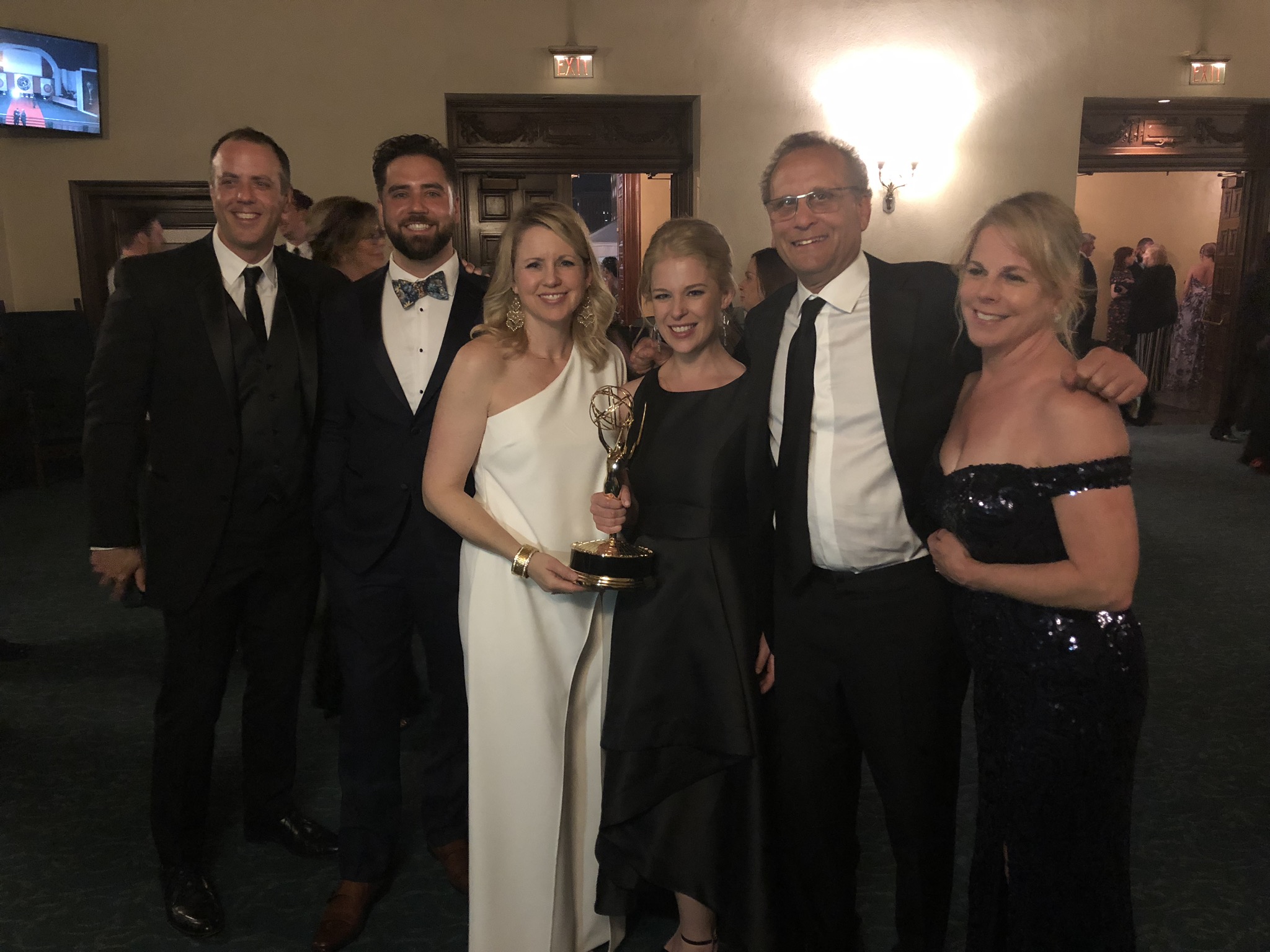 National Geographic producers alongside their partners at Rotfield Entertainment with their Emmy Award for ‘Weird But True’ on May 3, 2019 at the Pasadena Civic Auditorium in Pasadena, California.
Sarah Gulish

On May 3, 2019, National Geographic Kids took home the Daytime Emmy Award for "Weird But True" in the category of Best Educational and Informational Children’s Series at the 46th Annual Daytime Creative Arts Emmy Awards ceremony.

Representing the series at the ceremony were National Geographic producers Tracy Rudolph and Nate Moore, and their partners at Rotfield Entertainment.

We’re thrilled to bring home the Emmy Award for Best Educational and Informational Children’s Series for Weird But True! The team worked tirelessly to create a unique and amazing series with Charlie and Kirby Engleman and our partners at Rotfeld Entertainment. I couldn’t be prouder of the work on this show.

The Weird But True franchise is full of wild and entertaining, brain-bending, visually stunning facts. Weird But True has been National Geographic Kids magazine’s most popular feature since it debuted in 2004, and has grown into Nat Go Kids #1 franchise with products over every platform. The Weird But True book series, now in its tenth year, covers subjects kids love to learn about, including science, space, weather, geography, food, pop culture, and much more. The facts are presented with fascinating photos and illustrations in a way that makes kids forget they are learning.