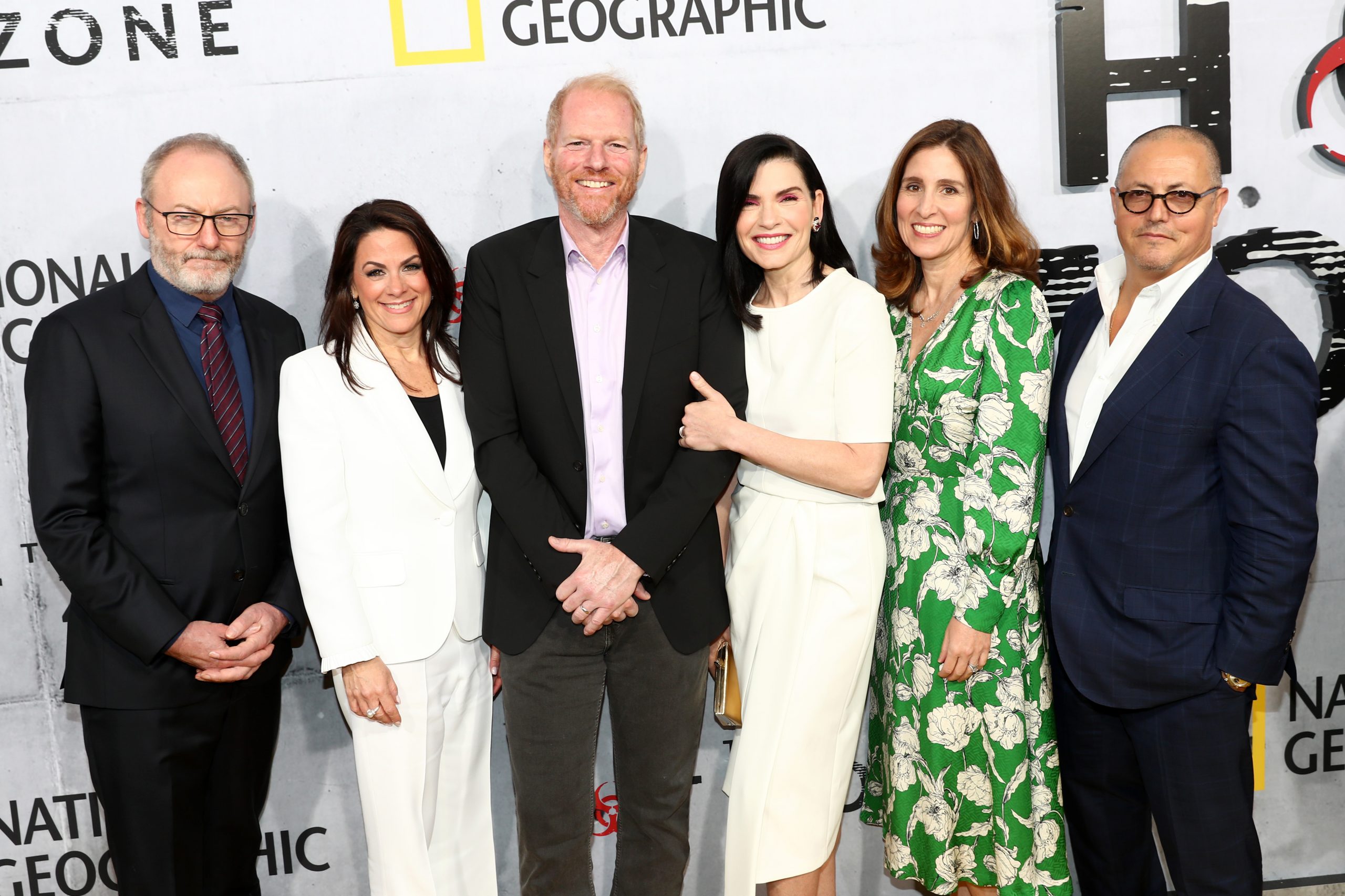 On May 9, 2019, in Beverly Hills, California, “The Hot Zone” had its Los Angeles premiere. More than 650 guests attended the screening of the first two episodes at the Samuel Goldwyn Theater. The show’s producers and cast members, including Julianna Margulies and Noah Emmerich, attended the premiere along with Dr. Nancy Jaax, the real-life scientist portrayed by Julianna in the show.

The screening was followed by a reception, where guests were transported to "biohazard level 4." The fully immersive experience included bartenders dressed in hazmat suits and nitrogen ice cream was served alongside snacks in petri dishes and drinks in test tubes.

The Hot Zone is a very entertaining, enjoyable thriller… For a limited-run series, it packs the right kind of punch that will keep people watching all the way through… It’s fun. It’s entertaining. It’s worth-while. It’s just what it is. And what it is is more than enough for anyone that will be asking.

National Geographic finally brings Richard Preston’s best-seller to the screen… Directors Michael Uppendahl and Nick Murphy make sure viewers are on the edge of their seats throughout.

“The Hot Zone” is a dramatic, high-stakes scientific thriller with a courageous, brilliant and determined heroine at its center. Based on the eponymous international best-seller by author Richard Preston, "The Hot Zone" is inspired by the true story about the origins of Ebola, a highly infectious and deadly virus from the central African rainforest, and its arrival on U.S. soil in 1989.