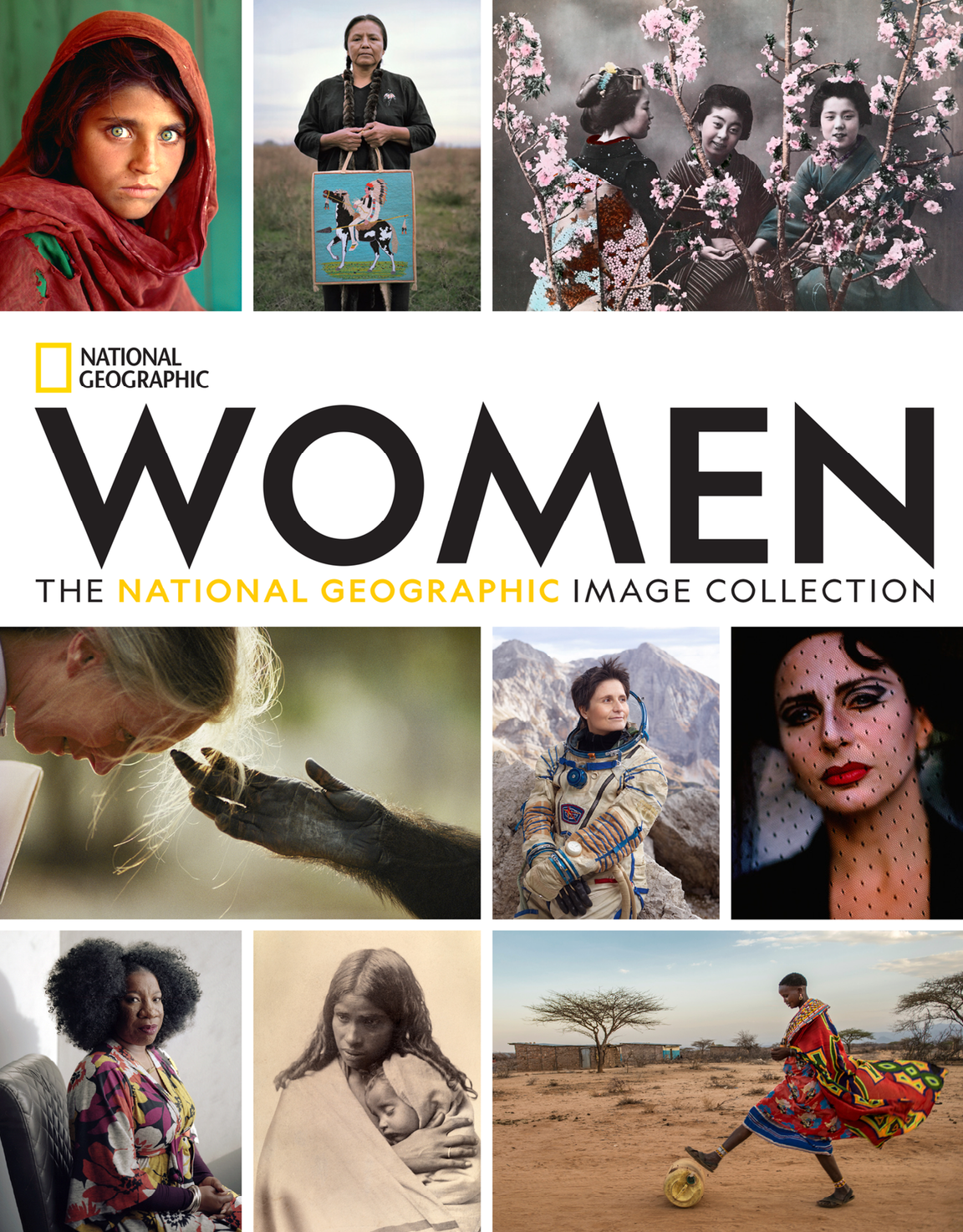 The future IS female — in large part because of the bold, inspiring women who have blazed trails for future generations. They’re women whose efforts, past and present, are reshaping leadership and what it means to be female. As we approach the 100th anniversary of the U.S. constitutional amendment confirming women’s right to vote, a powerful new book from National Geographic showcases iconic women around the world. WOMEN: The National Geographic Image Collection (October 22, 2019) illuminates, celebrates and reflects on where the world’s women have been, where they are now and where they are going.

The book’s 400 stunning photographs, drawn from National Geographic’s unparalleled image collection, span three centuries and more than 30 countries. Each page creates a portrait of some aspect of women’s existence and shows readers how the depiction of women has evolved since National Geographic’s founding in 1888. Featuring 17 behind-the-scenes stories from famed female National Geographic photographers, including Lynsey Addario, Jodi Cobb and Ami Vitale, about some of their most arresting images of women, this provocative book examines women’s lifestyles across world cultures, from historic suffragette images to the haunting green-eyed “Afghan girl.”

WOMEN: The National Geographic Image Collection is a compelling, timely and richly diverse volume. It honors groundbreaking women everywhere who’ve made it possible to say, definitively, that the future is female.

With the magazine’s November issue, National Geographic launches a yearlong, enterprise-wide project exploring women’s lives around the globe. On print and digital platforms, to mark the 100th anniversary of U.S. women gaining the right to vote in 1920, the project will offer compelling photography, in-depth reporting and essays by influential storytellers. It will include the voices of thousands of women who form National Geographic’s Women of Impact Facebook group; they describe the challenges, opportunities and promise of womanhood today.

As part of the yearlong focus on women, the National Geographic Channel will air a one-hour documentary showcasing some of the remarkable women interviewed for the book and for the magazine’s special edition, as well as other women who are making a difference around the world.

In 2019 the National Geographic Image Collection marks its 100th anniversary. For 96 of those 100 years, this one-of-a-kind archive has been run by a woman; the past four leaders have been women. Alice Keating is the current senior vice president of the image collection.

National Geographic Partners LLC (NGP), a joint venture between National Geographic and Disney, is committed to bringing the world premium science, adventure and exploration content across an unrivaled portfolio of media assets. NGP combines the global National Geographic television channels (National Geographic Channel, Nat Geo WILD, Nat Geo MUNDO, Nat Geo PEOPLE) with National Geographic’s media and consumer-oriented assets, including National Geographic magazines; National Geographic studios; related digital and social media platforms; books; maps; children’s media; and ancillary activities that include travel, global experiences and events, archival sales, licensing and e-commerce businesses. Furthering knowledge and understanding of our world has been the core purpose of National Geographic for 131 years. Today we are committed to going deeper, pushing boundaries, going further for our consumers — and reaching millions of people around the world in 172 countries and 43 languages every month in the process. NGP returns 27 percent of our proceeds to the nonprofit National Geographic Society to fund work in the areas of science, exploration, conservation and education. For more information visit natgeotv.com or nationalgeographic.com, or find us on Facebook, Twitter, Instagram, YouTube, LinkedIn and Pinterest.