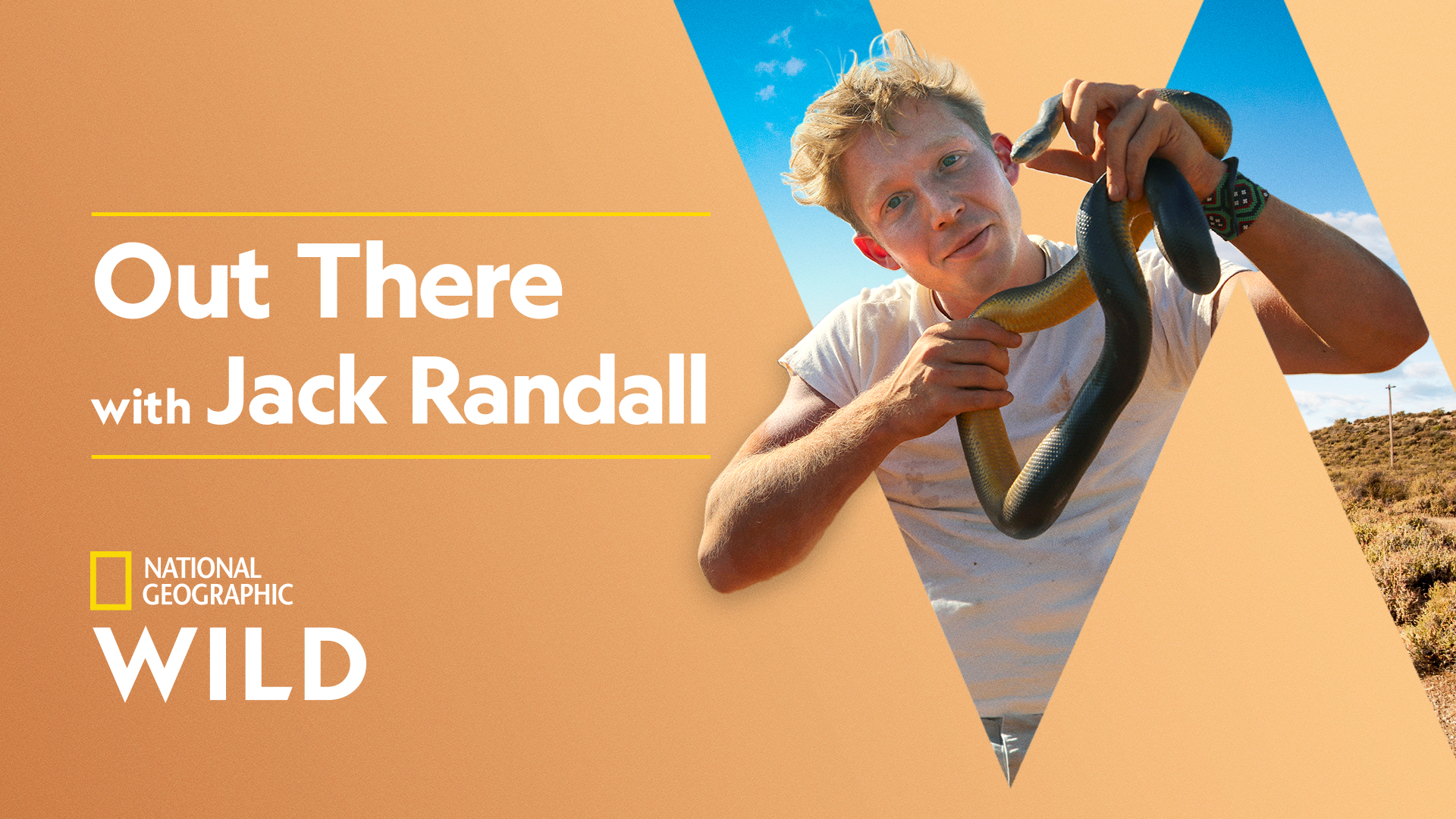 At just six years old, Jack Randall fell in love with snakes while he was watching a TV special on Venezuelan anacondas half a world away from his home in England. Studying snakes obsessively ever since, Jack left his home in England at only age 14 to apprentice for his hero Steve Irwin, promising Steve on his 15th birthday that he’d be a steward for wildlife for the rest of his life.

Today, with a biological sciences degree from University of Oxford under his belt, Jack is making good on his pact with Steve, inspiring fellow animal lovers with his work in the field and with his upcoming TV special OUT THERE WITH JACK RANDALL. Beginning Sunday, July 7, at 10/9c, the six-part series premiering on National Geographic WILD follows Jack in the Australian outback as he fearlessly searches for exotic, endangered and iconic species in some of the most unforgiving environments on the planet.

In this adrenaline-filled series, Jack literally goes to the ends of the Earth to go nose to nose with nature’s creepy crawlies and wild beasts. He dives into crocodile-infested swamps, crawls through cramped caves laden with bats to find a rare 12-ft python and experiences a fair share of bites from ‘grumpy’ wild animals along the way.

“At the end of the day, I want to put all the passion I’ve got towards fighting for the animals that people are often frightened of,” says Jack. “My ultimate mission is to meet every species — up close and personal in the wild — and inspire others to fall in love with them and be moved to protect them and their homes.”

“No one embodies the Nat Geo WILD mission of entertaining, inspiring and broadening our understanding of our wild world more than Jack,” says Geoff Daniels, executive vice president of global unscripted entertainment for National Geographic Global Networks. “His pure joy and infectious enthusiasm in every unexpected, edge-of-your-seat animal encounter is completely winning and something we haven’t seen on TV in a generation. I fully expect OUT THERE WITH JACK RANDALL to be a true hit with our family audience, leading a summer slate of programming that’s totally wild and fun.”

Out There with Jack Randall: Hunting the Ghost Serpent

Fearless wildlife zoologist Jack Randall journeys into Australia’s remote Northern Territory to encounter six dangerous pythons, including the rare Oenpelli, nicknamed “the Ghost” because only a few people have ever seen one in the wild. Along the way, Jack dives into crocodile-infested swamps, reaches into giant lizard burrows, dodges the bite of a deadly venomous snake and crawls into cramped, dark caves to find these elusive predators.

Out There with Jack Randall: The Kangaroo Mob

Wildlife zoologist Jack Randall journeys deep into the Australian outback to fulfill his lifelong dream of being accepted into a “mob” of wild kangaroos. Along the way, Jack snatches up snakes, lunges after lizards, defends against dangerous dingoes and even rescues an orphaned baby kangaroo in the hopes of teaching it to fend for itself before being released back into the wild.

Out There with Jack Randall: The Most Venomous Snakes

Fearless zoologist Jack Randall explores Australia’s remote Cape York peninsula to confront five of the most venomous snakes in the world, including the elusive Coastal Taipan, a snake so aggressive that some experts won’t go near it! Along the way, Jack encounters huge pythons and terrifying tarantulas and joins forces with a local wildlife legend to determine which is the deadliest snake “down under.”

Out There with Jack Randall: Chasing Giants

Out There with Jack Randall: Battle of the Crocs

Out There with Jack Randall: Wild Camel Chase

Australia’s stunning Red Center region has a big problem – countless horses and camels whose ancestors were imported to help explore this vast continent have been neglected in the wild and now face death due to drought. Wildlife zoologist Jack Randall is teaming up with local animal wranglers on a mission to rescue as many of these animals as possible and to prove they can once again help people thrive in this unforgiving, desolate environment.