The wildly successful first season garnered more than 1 million downloads, with critics describing it as relatable, intriguing and informative.

Hosted by Peter Gwin, a National Geographic senior editor, every episode will offer listeners the chance to get swept up in their own curiosity and to enter a world of wondrous happenings — remarkable, surprising and utterly amazing.

Nat Geo headquarters is a daily buzzing hive of surprising conversations among visionary scientists, intrepid explorers and crazy talented storytellers. And our goal is to bring people into that hive to listen to the most mind-boggling, inspiring stories from the farthest corners of our big, weird, beautiful planet. We found our footing with Season 1, and with so many new stories to unveil, Season 2 is even better than the last. 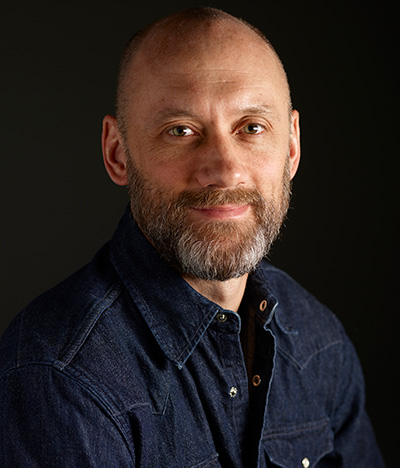 For some insight into Peter’s fascinating brain, check out his exclusive Q&A with National Geographic below.

The podcast has already covered so much, from scuba diving in a pyramid to singing humpback whales. What was your favorite episode from Season 1 of ‘Overheard?’

Peter: It’s really difficult to name one because all the episodes took listeners on great journeys, and each had its own fascinating twists. That said, I’m a sucker for a good murder mystery, and the Harem Conspiracy episode about the murder of Pharaoh Ramses III is so rich with intrigue and surprises. I’d also have to give a shout out to the Zombie Mice episode, which my daughters thought was super gross but they couldn’t stop listening. They’re still lobbying for a family trip to Marion Island to save baby albatrosses.

What is the most interesting thing you’ve learned so far from one of your guests while hosting ‘Overheard?’

Again, it’s like choosing only one Caravaggio or one Jimi Hendrix guitar lick—come on! But if you forced me to choose, Sarah Ratley, now 88, who was part of the group of women who took and passed the NASA Mercury astronaut tests, offhandedly mentioned during our interview for the Glass Stratosphere episode that she wanted to learn to fly a helicopter. No one would teach her, so she bought her own helicopter—apparently the early models weren’t that expensive—and shetaught herself to fly it. Sadly, that didn’t make it into the final cut of the episode.

You’ve been at National Geographic for over 16 years. What is the most unforgettable thing you have overheard at work that you think most people would be surprised to learn?

Actually, my very first day on the job, I got on the elevator to go to the 7th floor, and two guys got on with me. One started to tell the other that he’d just gotten back from photographing sharks off the South African coast. He was in the middle of describing how he’d had a scuba malfunction and was trapped in a shark cage, running out of air with an angry Great White circling, when the elevator opened on my floor and I had to get off. I never heard the end of that story. The truth is that kind of thing happens all the time. The other day I was in a meeting room, and someone had left behind a cryptic diagram on a whiteboard with an arrow labeled “fireproof camera goes here.”

Audiences loved Season 1 of ‘Overheard.’ What can they expect from Season 2?

Listeners really liked our archaeology-based episodes, especially my colleague Kristin Romey’s diving expedition into a flooded pyramid in Sudan, so we’re definitely going to include more archaeology stories in Season 2, including a journey into a forgotten Mayan labyrinth. I think the key ingredient in all the episodes is pulling back the curtain on a hidden surprise about the world.

Can you give us a sneak peek into your favorite episode of Season 2?

You have traveled all over the world reporting on topics that range from pirates in the Malacca Straits, to kung fu masters in China’s Song Mountains, to the rhino poaching crisis. What would your dream topic be for an episode of ‘Overheard?’

I really think we need to take a ride on one of the rockets resupplying the International Space Station. I’m looking at you, Elon Musk. But we’d also like to know what listeners think—tweet me suggestions @petergwin

‘Overheard’ is NatGeo’s first big move into the podcast arena. What has the organization learned from this experience?

Great podcasts sound really easy to make, but I learned it takes an enormously talented, hardworking team to find and report great stories and then turn them into finished episodes. Our hardy band of “pod people” is led by the inimitable Emily Ochsenschlager, who deserves a ton of credit for the polished final product. And, we would not have gotten out of the starting gate without editorial director Susan Goldberg and director of Immersive Experiences Whitney Johnson going to bat for this kind of rich storytelling.

"Overheard at National Geographic" is currently available on Apple, Google, Tune In, iHeart, Spotify and Stitcher. For more information on the podcast visit www.natgeo.com/overheard.