A treat for proto–Percy Jackson fans. 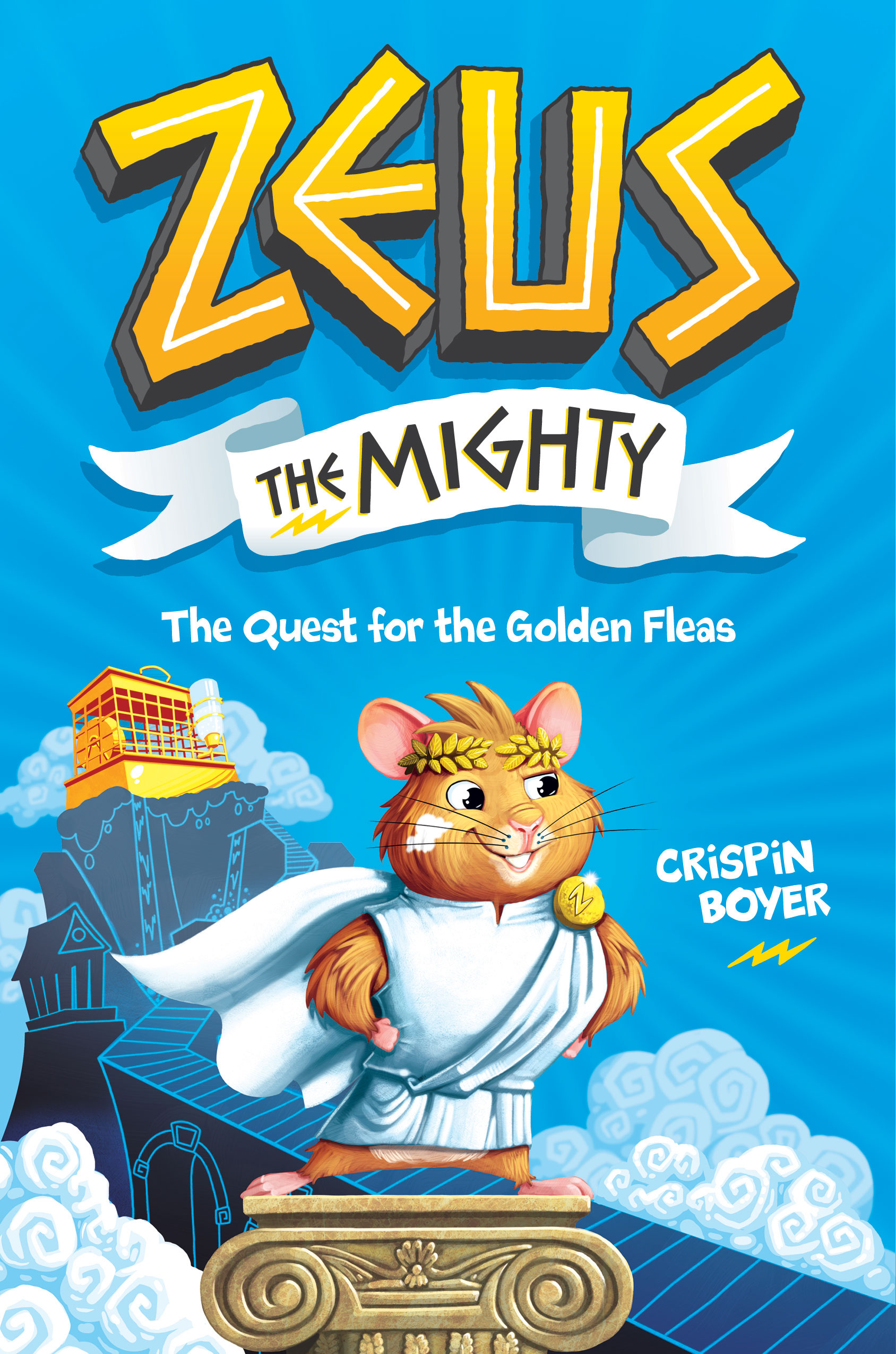 Humorous and heartwarming, readers embark on a thrilling adventure in this entertaining new middle-grade fiction series inspired by Greek mythology and ancient Greece, beginning with the first title in the seven-book series, "Zeus the Mighty: The Quest for the Golden Fleas" (Oct. 22, 2019; IBSN: 978-1-4263-3547-1; ages 8-12; .99; Hardcover; 192 pages).

Within a pet center sitting atop Mount Olympus in Athens, Georgia, lives a menagerie of eclectic creatures each named after a powerful god or goddess. By day, Zeus — a tiny, overconfident hamster with a mighty appetite for power — and his gaggle of gods run on their exercise wheels and take catnaps. But at night these fearless furry friends bravely take on legendary mythological quests! In the series’ first thrilling adventure, Zeus the Mighty has one giant task in front of him: to find the “golden fleas” so he can solidify his position as “king of the gods.”

School Library Connection said, “This book will be a hit with fans of mythology. … Great characters, action, adventure and lots of humor will make this title a popular read in elementary libraries.” "Zeus the Mighty" is also perfect for mythology, history, adventure and animal lovers alike. A supplementary “Truth Behind the Fiction” section is packed with facts and information about ancient life and mythology, all vetted by a Greek historian.

“Our goal at National Geographic is to encourage kids to stay curious and explore the world around them,” said Rebecca Baines, editorial director of National Geographic Kids Books. “With their spunk, courage and quirk, Zeus and his relatable squad will help make learning fun as they take kids along for nearly endless comical and epic adventures.”

The new series will be supported by multimedia content, including videos, a podcast in conjunction with SiriusXM, a website, an online game and magazine content. "Zeus the Mighty: The Quest for the Golden Fleas" hits shelves Oct. 22 and will be followed by a new book every six months.

Get ready to laugh, cheer and learn with this adorable and quirky cast of characters in their unforgettable first adventure — a reimagining of the tale of the Golden Fleece.

Author Crispin Boyer has written more than 20 books for National Geographic Kids, covering topics that young readers find fascinating, from bugs to boogers, ninjas to knights, sharks to cyborgs. "Zeus the Mighty" is Boyer’s debut fiction novel; it combines his abilities to entertain with lively characters and to educate with historical facts.

Andy Elkerton began his lifelong dream of becoming an illustrator after spending 15 years working as a graphic designer of video games. Since then he has created art for magazines; television shows; toy designs; and several children’s books, including a New York Times and a Barnes & Noble bestseller. He’s even been the answer to a question on “Jeopardy!” He currently lives in a small village on the west coast of the Scottish Highlands with his wife, three children, two cats and a dog.