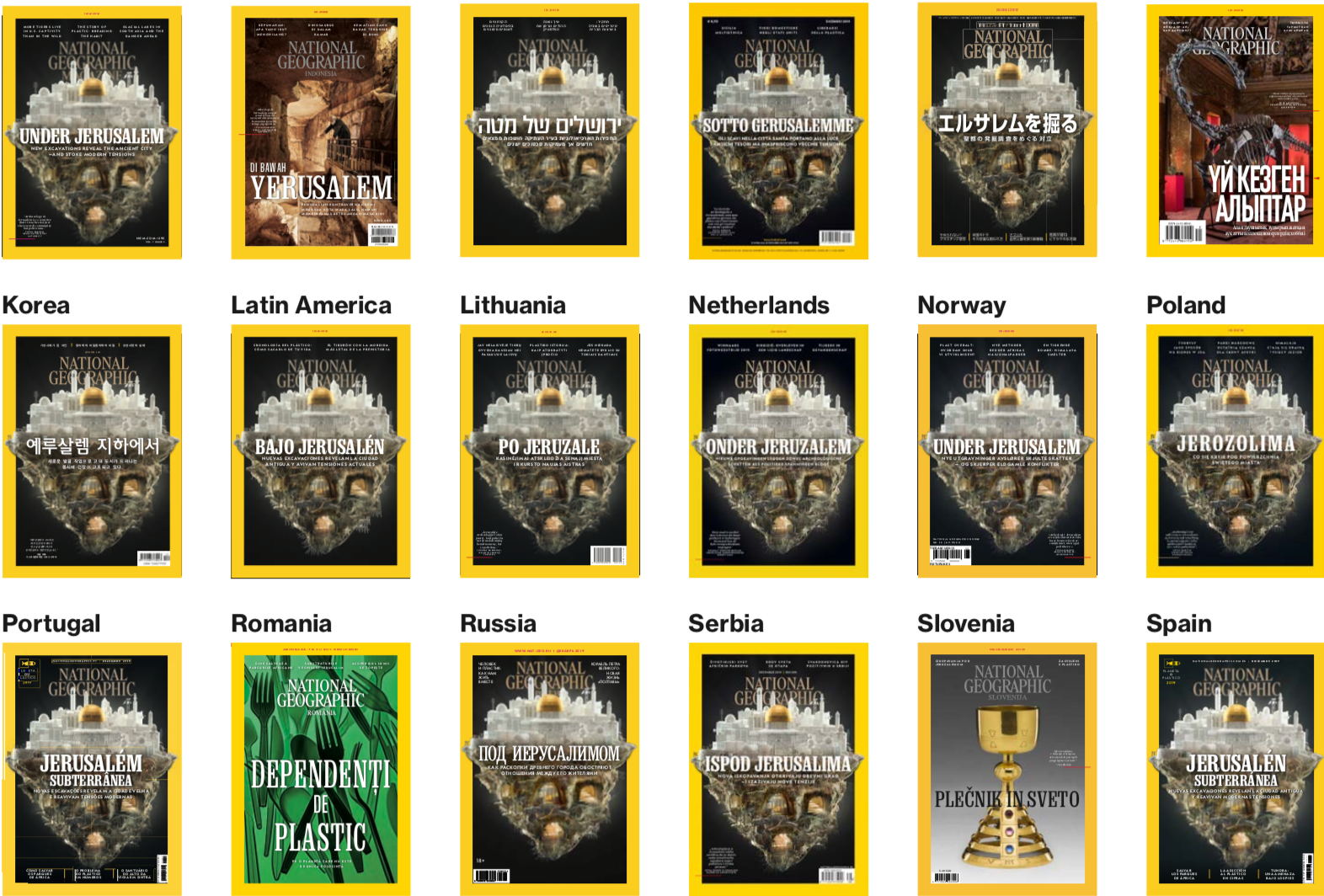 The English edition December cover story focused on the spirit of the holiday month, with a story exploring biblical archaeology and the social and political implications of excavations beneath the ancient city of Jerusalem.

The vast majority of local-language editions picked up this cover story, along with the flagship cover image— a creative illustration of the holy city and the hidden world that lies beneath. The Indonesian edition used an alternate from the feature, and the Hungarian edition used a locally sourced image of an underground chamber.

The Romanian and Thai editions maintained the steady drumbeat of Planet or Plastic? series coverage, opting for the graphic image of plastic cutlery. The Kazakhstan edition featured the story about the market for dinosaur fossils from the October 2019 English edition. 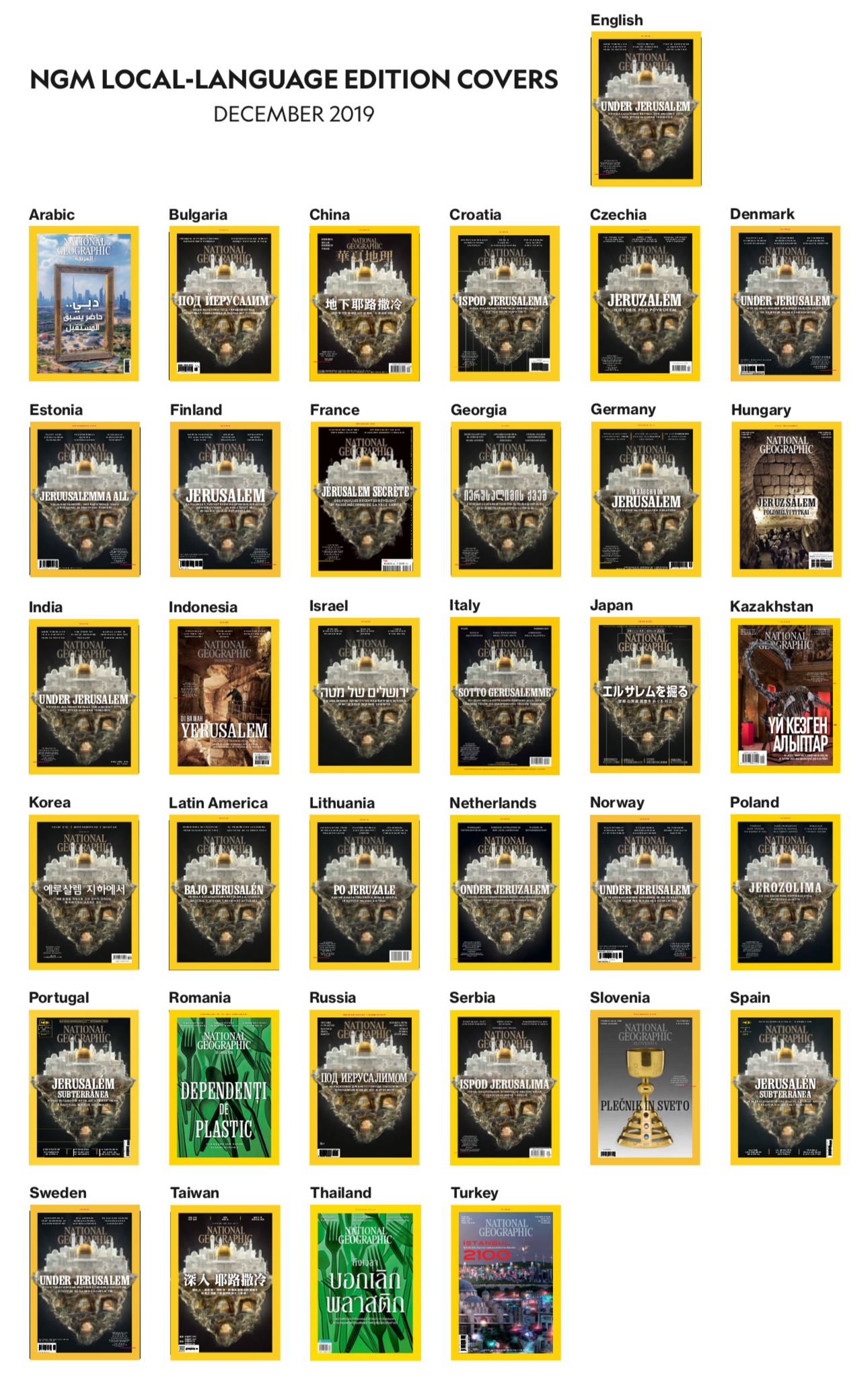