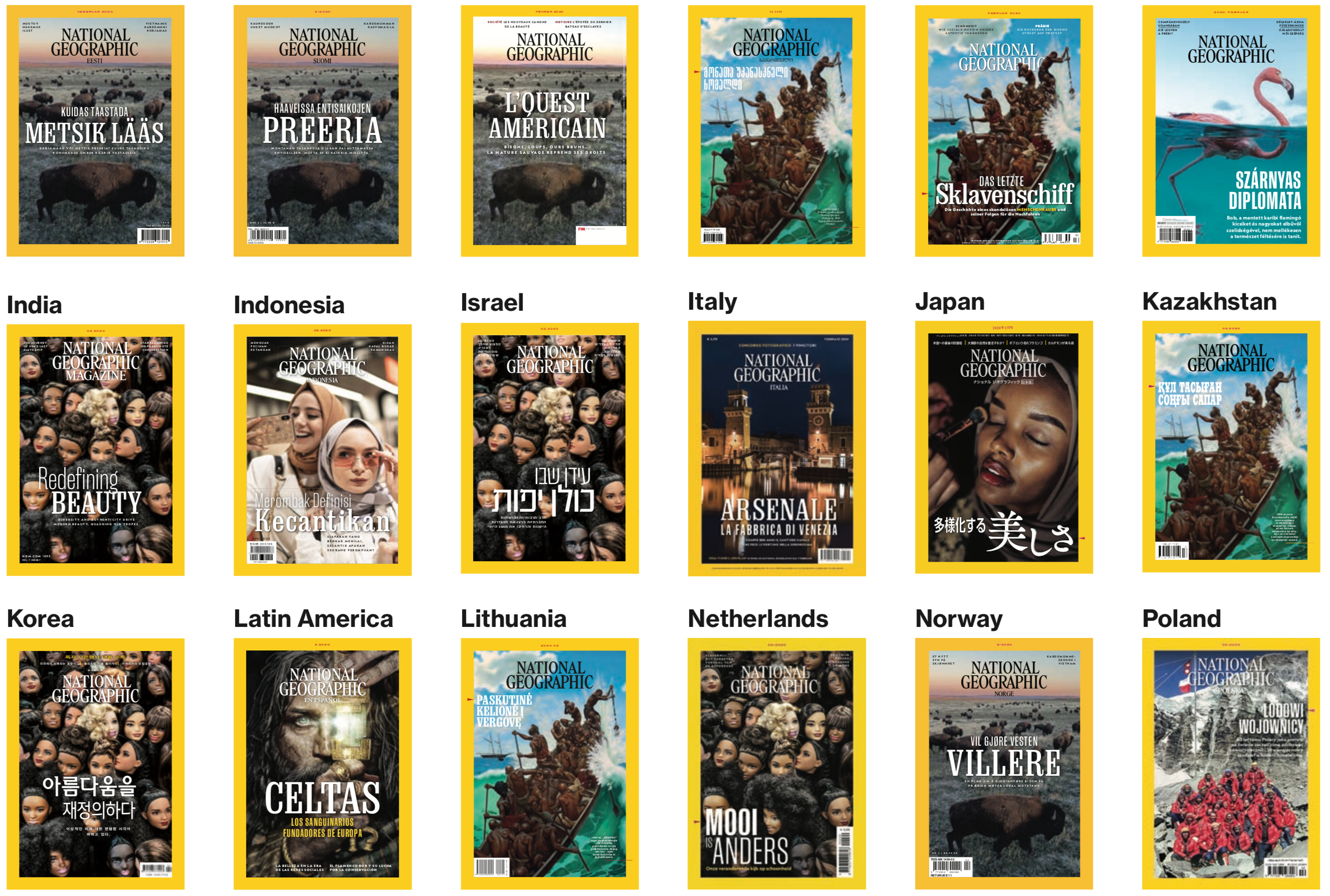 The English edition of the February 2020 issue features a cover story focused on finding America’s last slave ship—the Clotilda. This ship illegally delivered 108 Africans to Alabama in 1860, making it the last known slave ship to reach U.S. shores. This feature tells the story of their descendants, who are fighting to save their legacy.

Seven of the local-language editions followed the English edition’s cover choice. Many others felt that as an episode of U.S. history, the Clotilda might not have newsstand appeal outside the U.S., opting for different cover stories instead. Thirteen editions found the global Redefining Beauty feature to be relevant, drawing on both portraits as well as the image of multicultural Barbies. This feature explores the past, present, and future of what defines beauty around the world and how this definition will continue to evolve.

Classic western landscapes have been frequent choices for the local language editions over the years, and this month five editions featured the story on the American Prairie Reserve and its iconic bison.

The Hungarian edition chose the lighthearted Flamingo Bob story, headlined with "A Diplomat With Wings." Covers featuring wildlife are often favored by the Russian edition, which used a feature story on Giraffes from October’s Extinction issue and published a locally curated image on the cover.

As for stories generated by the local-language editions, the Croatian, Latin American, Romanian, and Serbian editions all used a feature on the archaeology and decline of the Celts in Central Europe, originally created by NGM Germany. This story has been used by at least 15 local language editions over the last six months.

We have two local covers this month: Italy highlighted the 800th anniversary of the Arsenale of Venice, and Poland celebrated the tradition of Polish winter mountaineering with its "Ice Warriors" headline. The cover image shows the participants of the historic 1980 expedition, when the first Polish team summited Everest in winter. 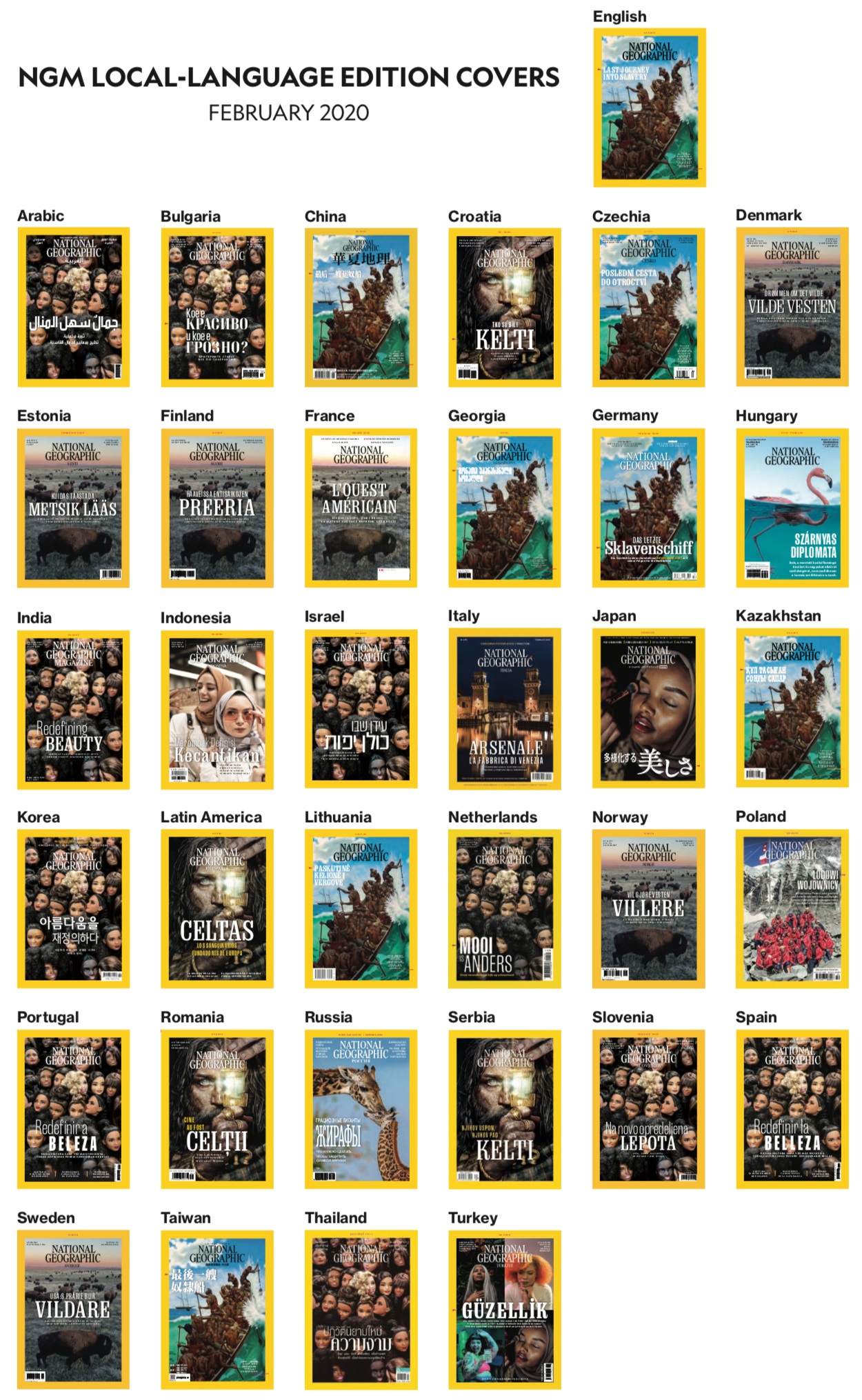