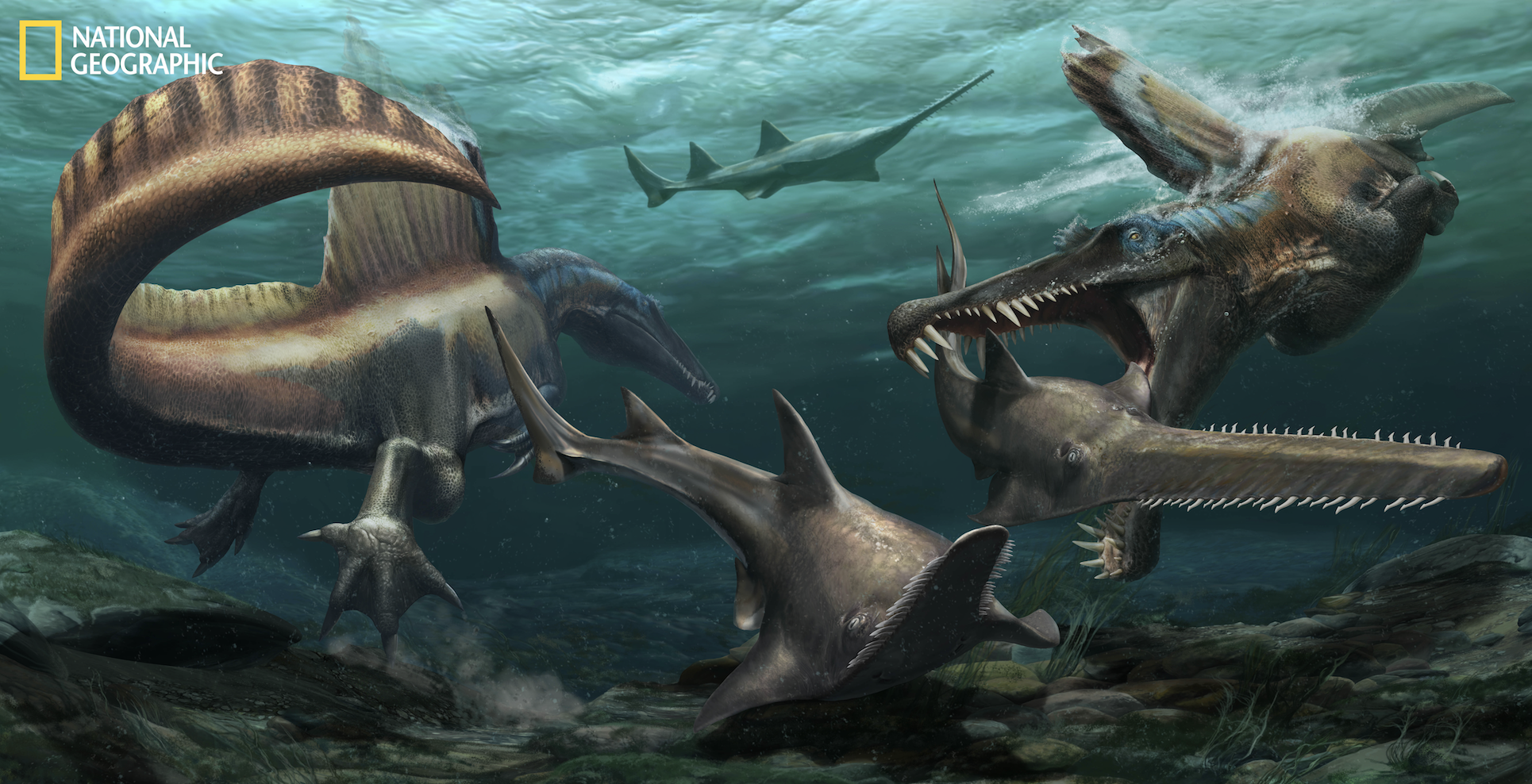 Scientists have long lacked convincing evidence that any dinosaur lived mostly in an aquatic habitat. Today, an international team of researchers, supported by the National Geographic Society, has reported the discovery of evidence that the Spinosaurus, the longest predatory dinosaur known, was aquatic, and used tail-propelled swimming locomotion to hunt for prey in a massive river system.

It is the first time that such an adaptation has been reported in a dinosaur.

The findings, published today in the journal Nature and featured with exclusive visuals on National Geographic HERE (story text) and HERE (animated video and graphics) are based on a multidisciplinary investigation of the world’s only existing Spinosaurus skeleton, found in the Kem Kem region of the Moroccan Sahara.

The skeleton is now also the most complete to date for a Cretaceous predatory dinosaur from mainland Africa.

With the support of the National Geographic Society, Ibrahim and his team returned to Morocco in 2018 to put to rest the questions around their claim that Spinosaurus was semi-aquatic. Between 2015 and 2019, his team recovered many more fossils of the skeleton, including a remarkably complete, fin-like tail capable of extensive lateral movement and characterized by extremely long spines.

With this paper published in the scientific journal Nature, it is confirmed that this new discovery changes our current understanding of dinosaur diversity in general and the Spinosaurus specifically.

Visit NatGeo@Home, our free digital hub to support families and educators during COVID-19, for a kid-friendly take on this announcement.