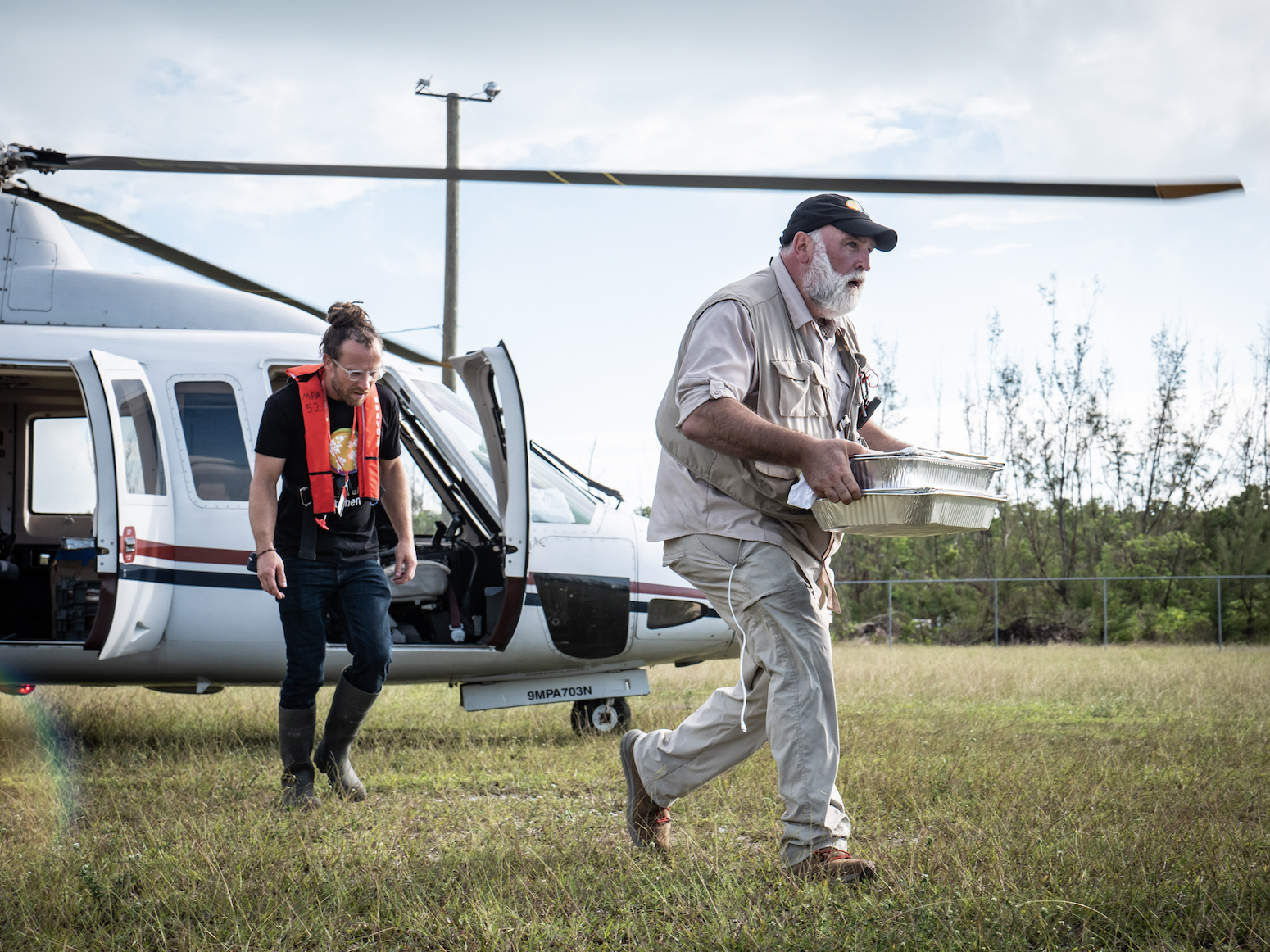 As the world’s most prominent food-focused first responders, Andrés and the World Central Kitchen team have snapped into action, combatting hunger in the wake of crisis by serving over 16 million meals to date. Most recently, the organization has mobilized to bring healthy, nourishing food to those impacted by the coronavirus pandemic, fighting on the front lines globally to deliver meals to quarantined cruise ship passengers, school children, medical professionals, the elderly and the most vulnerable through the #ChefsforAmerica program, which is now serving more than 100,000 meals every day across the United States and in Spain.

Featuring exclusive access to World Central Kitchen’s initiatives and archives, the documentary will follow Andrés and his team around the globe as they address the increasing environmental and humanitarian crises that devastate our world the best way they know how: through food. The film will take an in-depth look at World Central Kitchen’s collaborations with local chefs to feed affected people and first responders, which has instilled an extraordinary sense of hope in these communities. From the front lines of a crisis to the backrooms of the kitchen, the film will examine the restoration of community and the activation of change, one meal at a time.

Serving people a plate of fresh food after a disaster is more than just about calories to fill them up. A hot meal is comfort, dignity, hope — a sign that someone cares and that tomorrow will be better. From Puerto Rico to the Bahamas to Mozambique, I’ve seen how important quick action and constant adaptation are to reach communities in need with the urgency of now. I’m excited to work with National Geographic, along with Ron and the Imagine team, to tell World Central Kitchen’s story and show how powerful food is in the fight to heal people and the planet.

When we first started shooting Rebuilding Paradise, I was amazed to see the immediate impact that José and the World Central Kitchen team had on the citizens of Paradise, California, in the aftermath of the crippling fires that destroyed their town. And now, following him as he helps those most in need during this pandemic, I realized that the work he’s doing around the world is one of the most critical and oftentimes overlooked necessities in disaster relief. I’m honored to share his mission with audiences around the world.

We are delighted to continue our successful partnership with Ron Howard, Brian Grazer and the ferociously talented team at Imagine Documentaries, who share our passion for impactful and authentic storytelling. We look forward to inspiring and energizing audiences around the world as we turn the lens on José Andrés and World Central Kitchen’s innovative, compassionate and transformative humanitarian efforts.

The untitled film on José Andrés and World Central Kitchen is produced for National Geographic Documentary Films by Imagine Documentaries.

National Geographic Documentary Films previously released the Academy Award-, BAFTA- and seven-time Emmy Award-winning film Free Solo; the Sundance Audience Award winner Science Fair; Emmy winners LA 92 and Jane, both of which were included in the top 15 documentaries considered for an Academy Award in 2017; and Dupont Award winner Hell on Earth: The Fall of Syria and the Rise of ISIS. The banner’s latest film, The Cave, from director Feras Fayyad, was nominated for an Academy Award for Best Documentary Feature.

Founded in 2010 by Chef José Andrés, World Central Kitchen (WCK) uses the power of food to heal and strengthen communities through times of crisis and beyond. WCK has transformed the field of disaster response to help devastated communities recover and establish resilient food systems. Since its founding, WCK has served more than 16 million meals to those impacted by natural disasters and other crises around the world in countries including Albania, The Bahamas, Colombia, Guatemala, Haiti, Mexico, Mozambique, Spain, Venezuela, and the United States. Learn more at WCK.org.