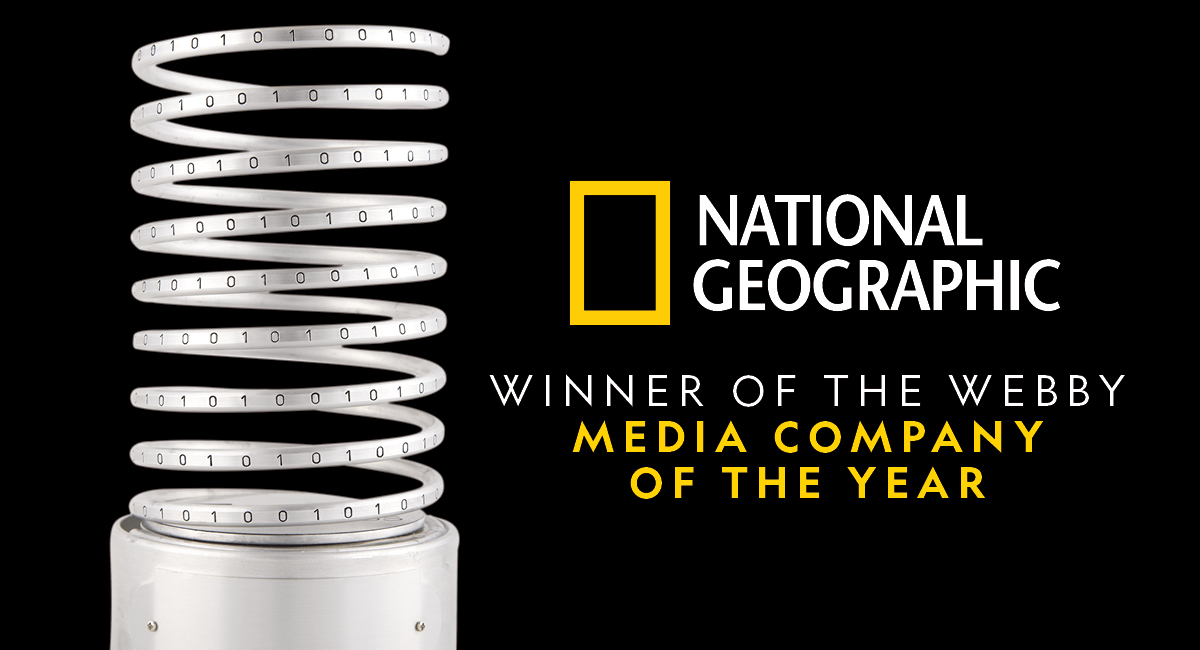 National Geographic was recognized today by the 24th Annual Webby Awards with 15 wins, including the coveted Webby Media Company of the Year Award. The Webby Awards, presented by the International Academy of Digital Arts and Sciences (IADAS), is the leading international awards organization honoring excellence on the Internet.

This is the third year the Webby Awards have named a Media Company of the Year, a Special Achievement Award for the media company with the most shortlists and nominations across categories. National Geographic, having also earned the prestigious title in 2018, took home both People’s Voice and Webby wins in a a wide range of categories including Social, Podcasts, Video, and Websites.

“We extend our sincere gratitude to the Webbys as well as our passionate community of fans who voted for us,” said Gary Knell, Chairman of National Geographic Partners. “National Geographic’s 132 year legacy of storytelling is built on a single purpose: to help people better understand the world and their role in it. As a mission-driven media company, these 15 awards are much more than a pat on the back- they are proof that what we’re doing matters to people and further motivation to cultivate the explorer in everyone. From wildlife tourism to the global plastic crisis, this year’s celebrated work represent some of the most pressing issues facing our world today- and we’re not going to stop using the power of storytelling to bring these topics to life for audiences around the world.”

This year, the Webby Awards received nearly 13,000 entries from 50 states and 70 countries worldwide. Fewer than 10 percent of the entries were selected as nominees. National Geographic received 23 nominations overall.