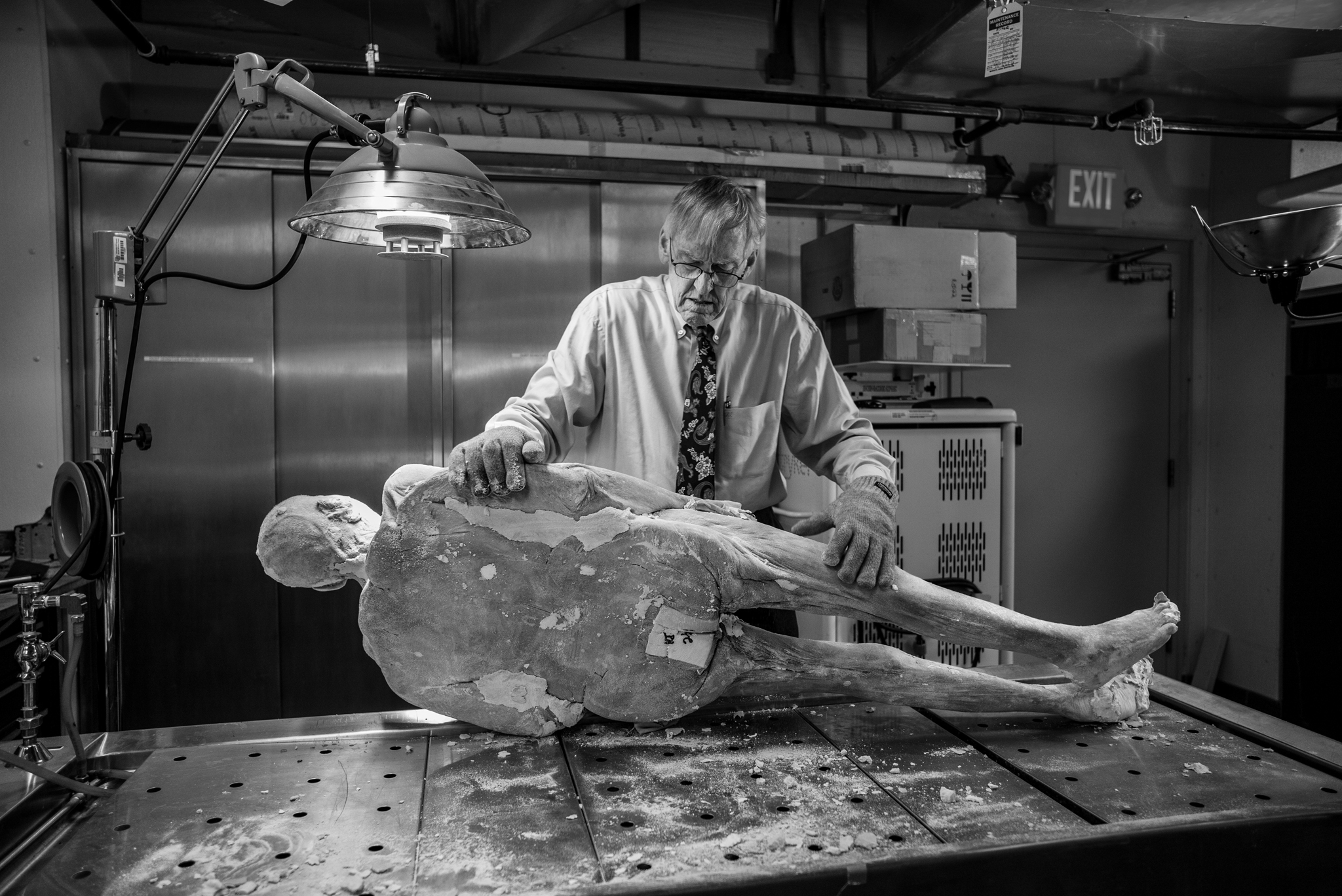 Vic Spitzer, director of the Center for Human Simulation at the University of Colorado Anschutz Medical Campus, holds Potter’s frozen corpse. She donated her body to be a “visible human.”
Photograph by Lynn Johnson

The American Society of Magazine Editors announced winners for the 2020 National Magazine Awards for Print and Digital Media during a special virtual presentation.

The wins highlighted the breadth of National Geographic’s storytelling abilities, from the iconic print magazine to its wildly popular social platforms. The awards, called the Ellies for the elephant-shaped statue given to winners, are administered by the American Society of Magazine Editors in association with the Columbia University Graduate School of Journalism.

I’m delighted our work has not only captured the attention of our global audiences, but of the Ellie judges, who recognize that we’re using every means and every platform to shine a light on the planet’s most important and inspiring stories, empowering people to help make the world a better place.

This year, 245 media organizations submitted entries for the 55th annual Ellie Awards. There were 590 print, 531 digital and 133 multiplatform entries. The finalists were chosen by a panel of editors, art directors, photo editors and educators.

At the virtual presentation, Debra Adams Simmons, the executive editor of culture and history at National Geographic, presented the ASME NEXT Awards to five journalists: Tyler Foggatt of The New Yorker, Jazmine Hughes of The New York Times Magazine, Miles Kohrman of The Trace, Natalie Krebs of Outdoor Life and Field & Stream, and Sarah Esther Maslin of The Economist. These awards honor outstanding achievement by magazine journalists under the age of 30.