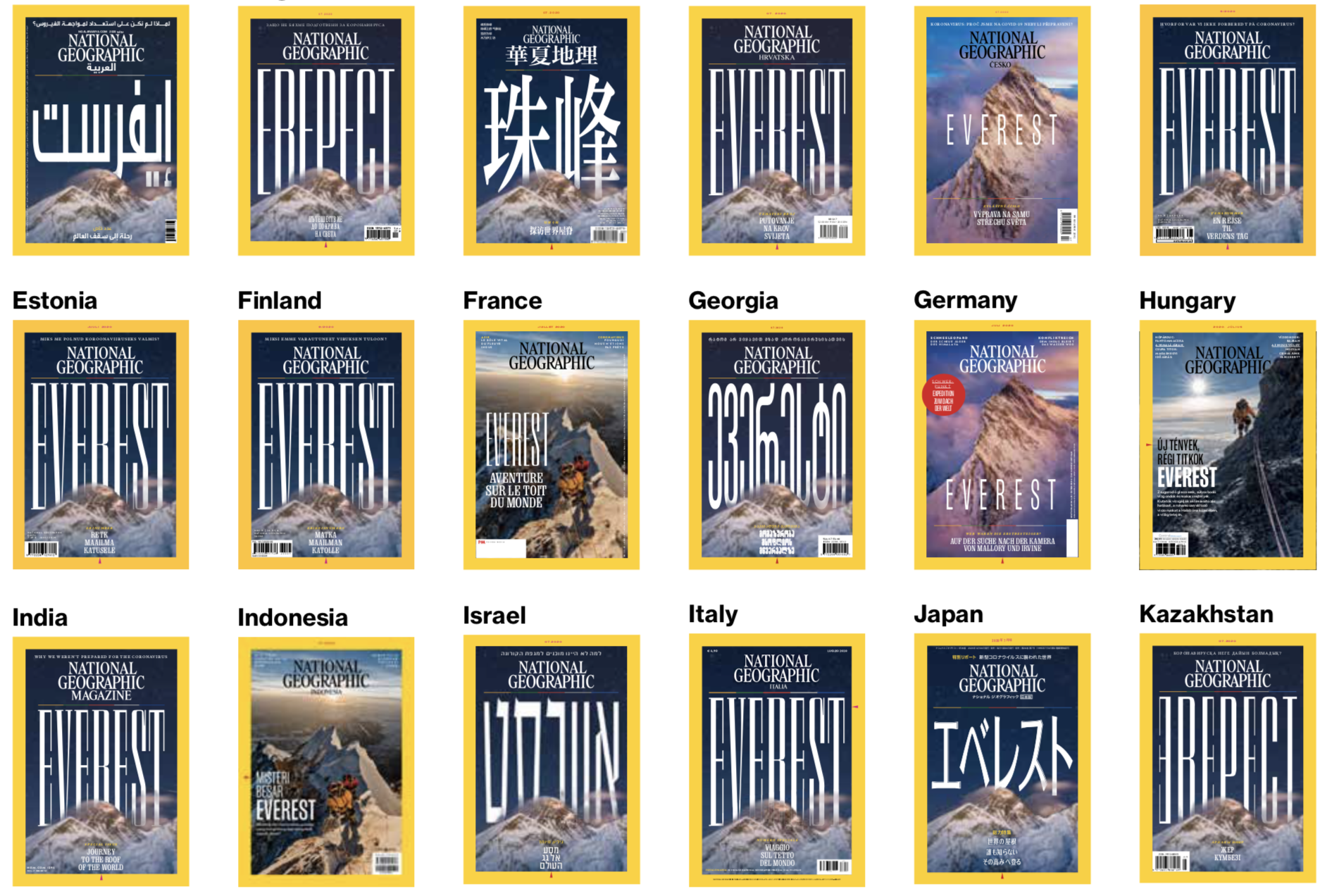 The English edition of the July 2020 issue featured a special single-topic on Mount Everest, a journey to the roof of the world.

The cover story, written by Mark Synnott with photographs by Renan Ozturk, focused on their 2019 National Geographic expedition, where they climbed Everest to try to solve its greatest mystery: were Edmund Hillary and Tenzing Norgay really the first to summit the world’s highest peak? The 2019 expedition searched the mountain for the camera that could rewrite history.

Every single local-language edition ran the same cover story. This is a true testament to the fact that mountaineering and exploration of the world’s most extreme places are truly the lifeblood of National Geographic.

The bold, text-forward cover treatment used by the flagship English edition was adapted by the majority of the editions around the world. While many editions opted for the English "EVEREST," several translated it into their local language, providing a fun glimpse of what this iconic name looks like around the globe.

This July round-up illustrates that adventure and exploration are enduring, universal interests, that are core to Nat Geo’s DNA. 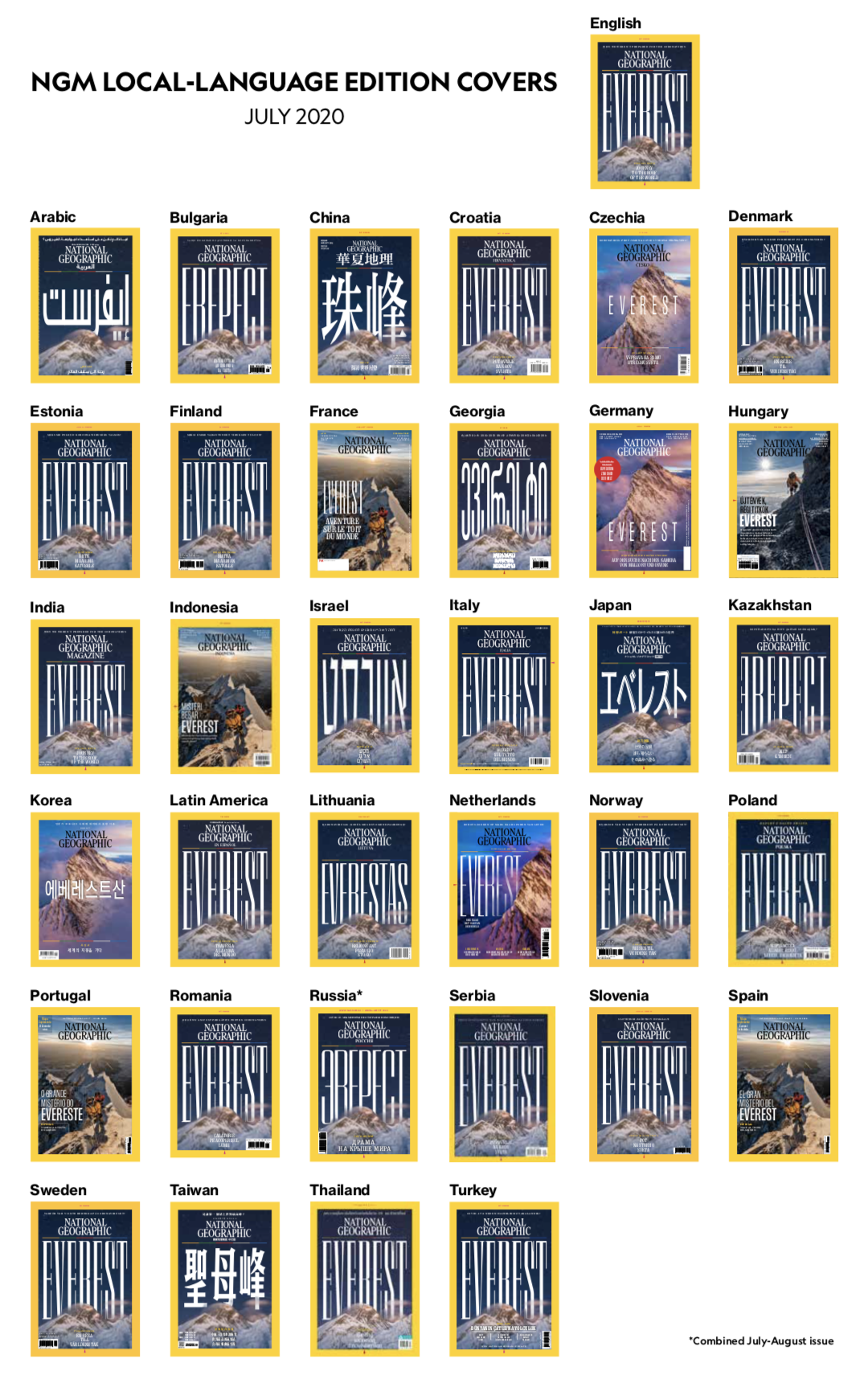