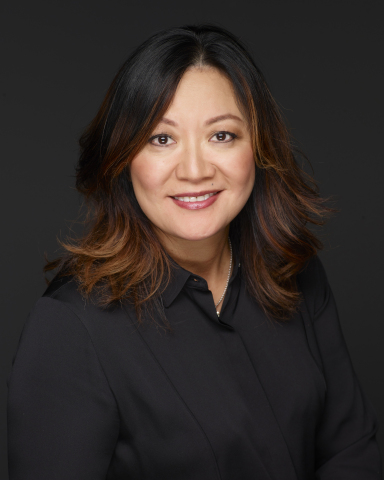 National Geographic unveiled the Field Ready Program earlier this year to promote diversity and inclusion in global television production, providing a clear path for a new generation of people interested in working behind the camera. National Geographic today presented the first class of this program from around the globe. The announcement was made by National Geographic Global Television Networks President Courteney Monroe at the network’s session at the Summer TCA press tour, held virtually.

“I am very proud to welcome the first class of National Geographic’s Field Ready Program,” said Monroe. “This program is designed to help foster the next generation of world-class natural history storytellers, a genre that has long and notably lacked diverse talent behind the camera.”

“As the global leader in natural history programming, we are profoundly aware that there is a lack of diversity and inclusion in natural history filmmaking teams,” added Janet Han Vissering, senior vice president, development & production, Nat Geo WILD, who is spearheading the program. “To stay on the cutting edge in this highly competitive field, cultivating fresh voices and diverse talent is key. We want to make sure that we are leading in this game-changing endeavor, and are now full steam ahead and embracing the extended program, which is already leading to meaningful mentor and mentee partnerships.”

“The National Geographic Society remains committed to ensuring that historically underserved and underrepresented groups are equipped to share their voices, stories and ideas,” said Kaitlin Yarnall, senior vice president and chief storytelling officer at the National Geographic Society. “We launched Field Ready in recognition that our work is made stronger when the people who tell stories on a global stage represent the world in which we live.”

The inaugural class of the Field Ready Program includes:

Each one-hour “master class” is taught by a leader in the industry. The hour includes 30 minutes of storytelling and teaching followed by 30 minutes of Q&A with the mentee cohort. The courses represent a combined 242 years of expertise — knowledge that takes a lifetime to accumulate. This invaluable industry knowledge will be shared to help accelerate each of the mentee’s careers in the area of interest that most intrigues them. Topics include:

Upon graduating from the program, the Field Ready class of mentees will be announced to the wider production community as qualified candidates to be placed on National Geographic productions around the world. The program will become a reliable resource to our production partners as they look to hire and mentor the next generation of talent. By creating a pipeline of qualified candidates and endorsing them as Field Ready, the goal is not only to make an impact on the future of this business, but to be the leaders in ensuring we stand by our commitment to diversity and inclusion. As the first class launches, we are now focused on how to expand the program to include more diverse voices in additional fields representing channel content, including science, adventure and exploration.

For inquires into Field Ready Year 2, please email NGPFieldReady@natgeo.com. For more information, visit www.natgeotv.com or our press site www.natgeotvpressroom.com, or follow us on Twitter using @NatGeoPR.

About the National Geographic Society

The National Geographic Society is a global nonprofit organization that uses the power of science, exploration, education and storytelling to illuminate and protect the wonder of our world. Since 1888, National Geographic has pushed the boundaries of exploration, investing in bold people and transformative ideas, providing more than 14,000 grants for work across all seven continents, reaching 3 million students each year through education offerings, and engaging audiences around the globe through signature experiences, stories and content. To learn more, visit www.nationalgeographic.org or follow us on Instagram, Twitter and Facebook.