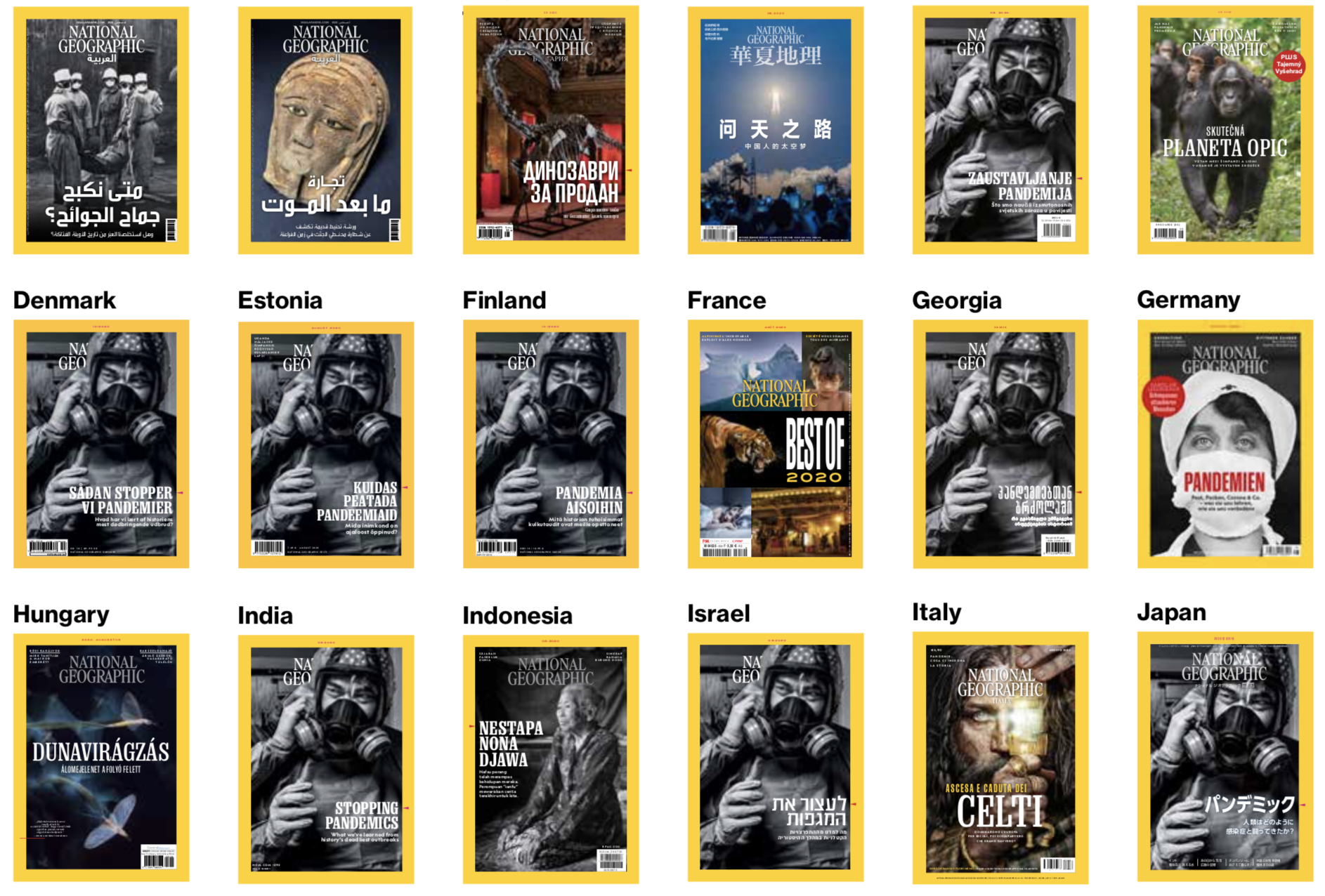 The English edition of the August 2020 issue featured a cover story on pandemics. This story focused on how deadly disease outbreaks have plagued societies for centuries, and the medical breakthroughs that can come from them.

This timely story comes as COVID-19 serves as a harsh reminders of how easy it is for us to infect one another. Looking at previous pandemics, this feature explores what society has learned from history’s most devastating outbreaks.

Many of our local-language editions, 23 to be exact, used this same cover story, with most using the black-and-white image of the frontline worker suiting up for battle.

The Arabic, German, Polish, and Taiwanese editions featured their own images, ranging from archival photos, to an illustration of a grim reaper, and even a photo of the virus itself.

Four editions all featured local covers this month. The Chinese edition ran a story on their space program, while the Hungarian issue featured a story on mayflies. The French edition republished features from the past year in a “Best of” issue, and the Indonesian edition ran a story about the local women who were abducted and trafficked by the Japanese army during World War II.

The Bulgarian edition featured our story from last year that went inside the homes and minds of fossil collectors to examine why wealthy collectors indulge in a controversial hobby of collecting expensive dinosaur artifacts.

The Czech edition opted for another feature from August’s issue, on the difficulties that come from humans coexisting and clashing with chimpanzees in rural Uganda, while the Italian edition published a story about the 800-year history of the Celts. This Celts story was originally produced by the German edition, and has now been used by more than a dozen editions.

This month the Arabic, Dutch, Portuguese and Spanish editions opted for a print layout that was created from a digital article adapted from a National Geographic television special on an ancient mummification workshop in Cairo, Egypt.

The Arabic edition created two separate covers, one showcasing this mummy workshop, for distribution in Egypt, and the other showcasing the current pandemics cover.