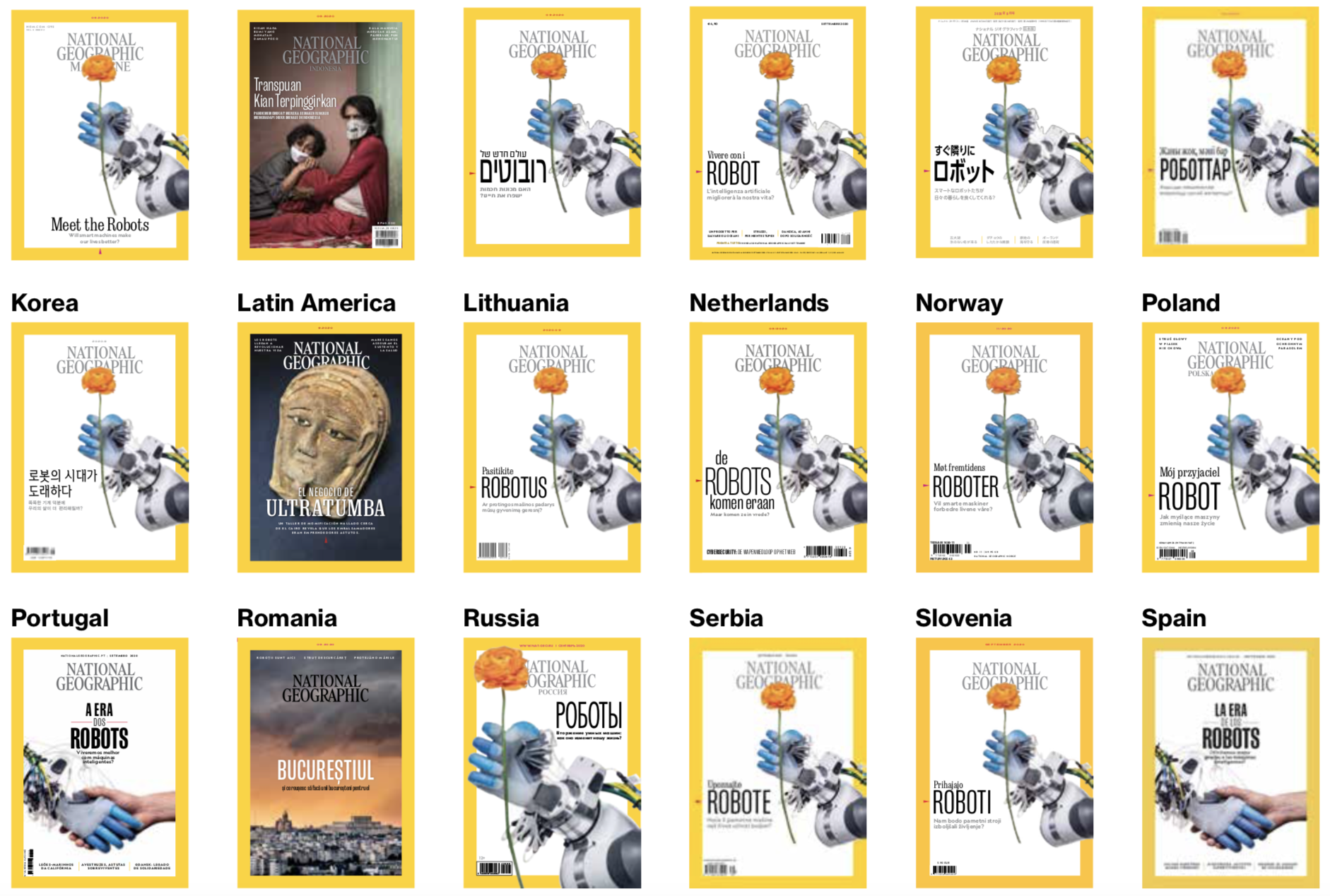 The English edition of the September 2020 issue featured a cover story on the robot revolution, examining how machines perform all sorts of tasks in our daily lives.

As the topic of robotics is such a universal issue, most of our local-language editions featured this same cover and used our flagship image of a robotic arm holding a flower.

The Portuguese and Spanish editions used an alternative image of a robotic arm shaking hands with a human.

The Czech and Latin American editions both featured the story on the mummy workshop that was created from a digital article adapted from a National Geographic television special on an ancient mummification workshop in Cairo, Egypt.

The French edition ran a story about the 800-year history of the Celts. This Celts story was originally produced by the German edition, and has now been used by more than a dozen editions. 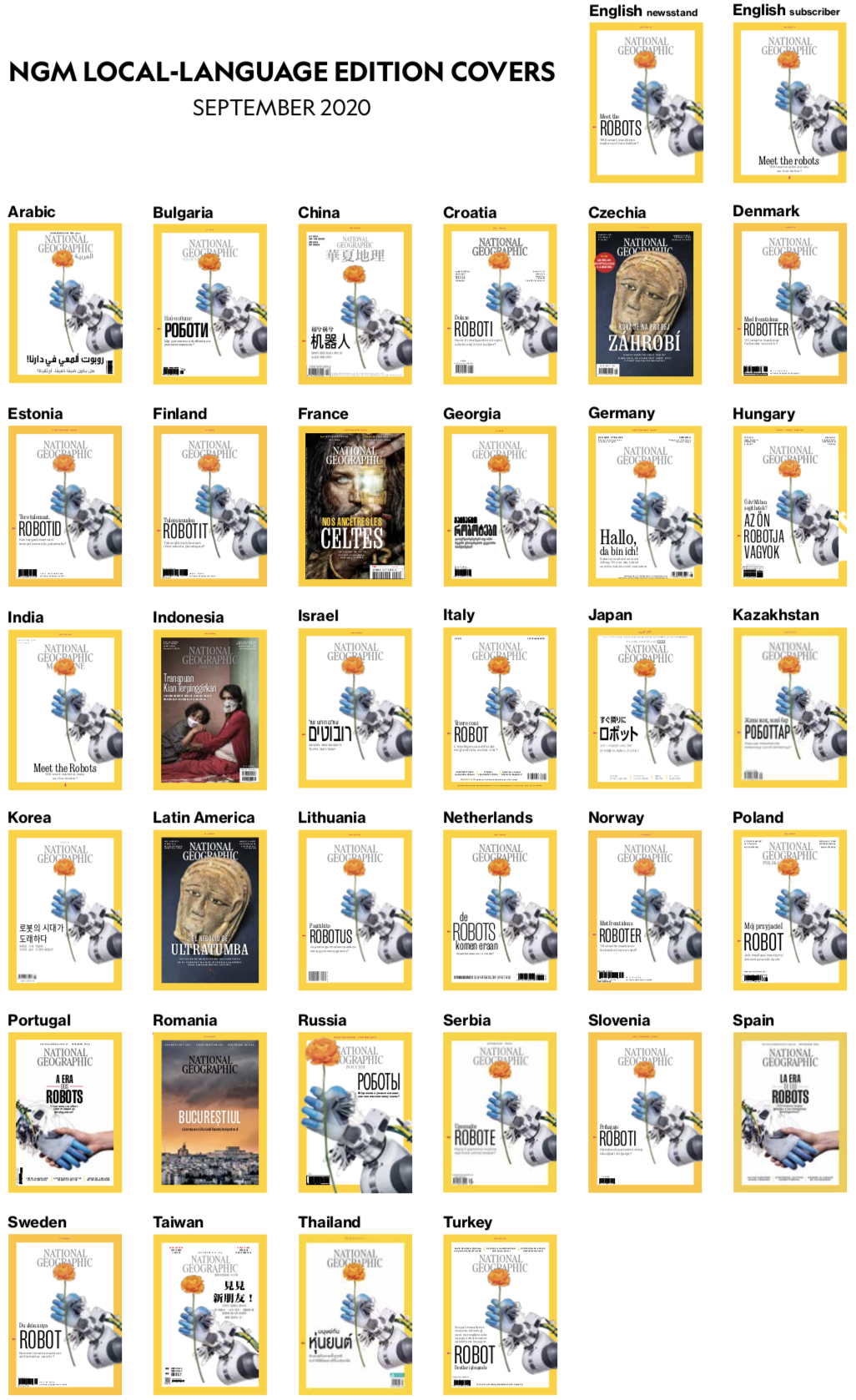