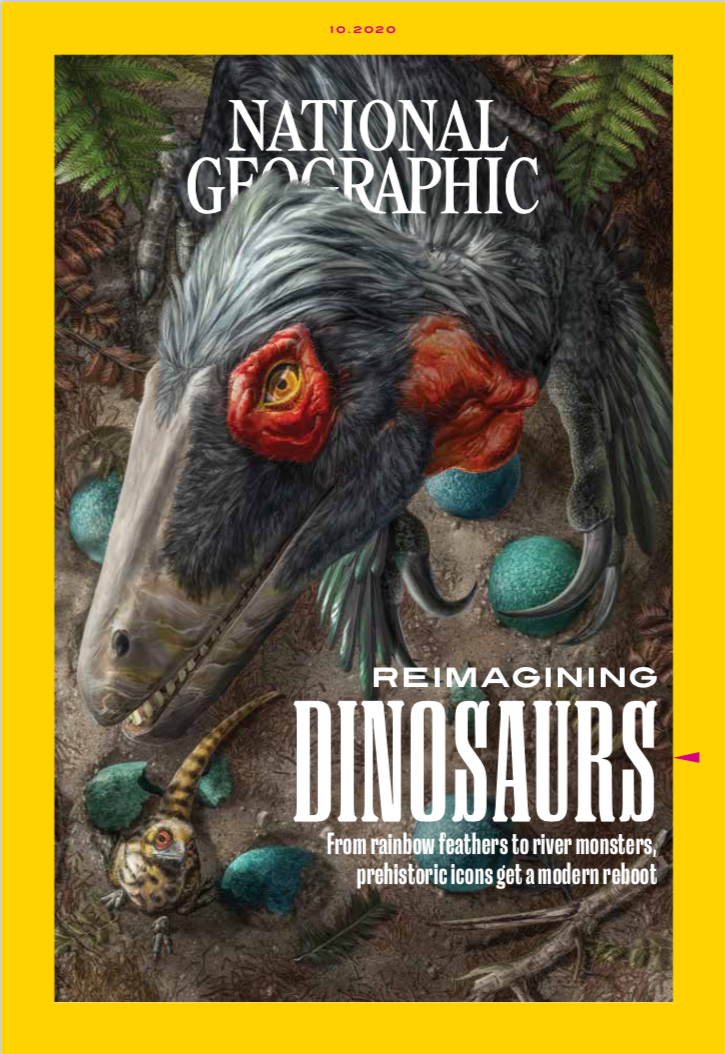 Using innovative scientific techniques and a flood of recently discovered fossils, paleontologists are rewriting what we know about dinosaurs – from the color of their skin and features, to how they were raised and how they evolved.

Groundbreaking new science is changing what we know about how dinosaurs looked and today, National Geographic is unveiling their October Issue, Reimaging Dinosaurs, which revolves around the astonishing fact that for the last two decades, there have been an average of 40 dinosaur finds per year, making the dinosaurs that most people are familiar and grew up with (either in museums, in textbook or story books), factually incorrect!

This issue takes one of the first comprehensive looks at dinosaurs as a species of animal in almost two decades and showcases updated scientific research from paleontologists that may differ from what you know about how dinosaurs move, hatch, grow, look, socialize and more.

For the full story of this discovery, read the National Geographic article HERE, visit our content hub at natgeo.com/dinos and see the exclusive National Geographic visuals HERE (with usage requirements). Visuals include renderings showing comparison versions of each of the 5 profiled dinosaurs (what we thought they looked like vs. what we now know they looked like), as well as animations (video) of each.

Visit National Geographic’s Family Hub for a kid-friendly take on this announcement.

Michael Greshko: Michael Greshko is a writer for National Geographic’s science desk, covering everything from dinosaurs to dark matter. He has been featured on BBC World News America, CBS News, CBS This Morning and NPR’s 1A. Michael is based out of Washington, D.C. See his report on the discovery of the Nodosaur dinosaur here and find him on Twitter @michaelgreshko.