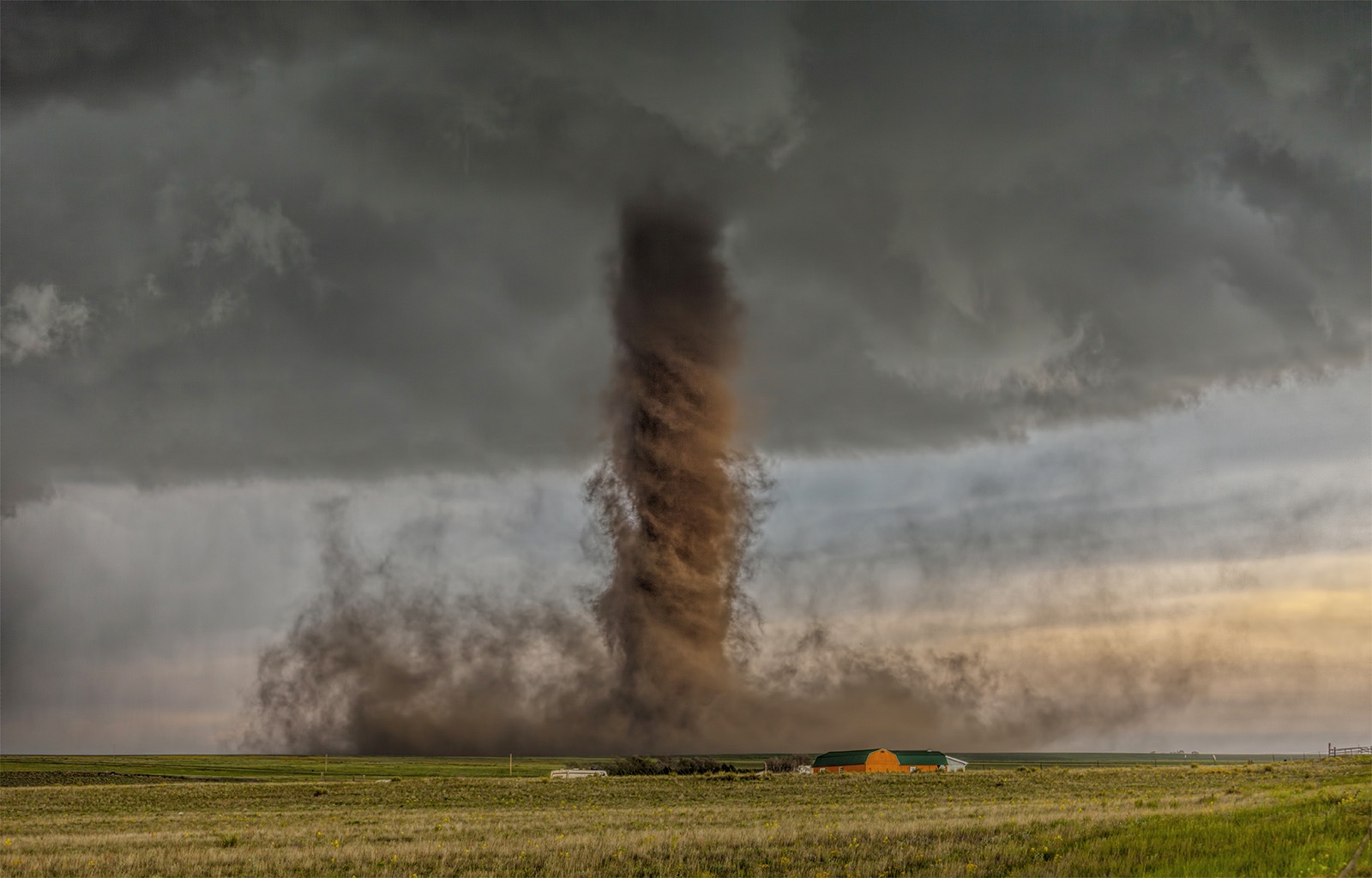 Last spring, Smart spent 15 days chasing storms with his brother and some friends who are meteorologists. On the last day, Smart ended up outside of Simla, Colorado, where he shot the winning photo.

“The tornado was slowly getting bigger as it picked up the dust and soil from the ground on the farmland,” Smart said. “It wasn’t moving very fast, so we kept getting closer as it tracked next to the home as you can see in the image. Driving down a Colorado dirt road, we were lucky enough to be on the west of the tornado, so it was front lit. This really helped to get great detail out of the image and the perfect light for the sky and foreground.”

Joel Nsadha of Binghamton, New York, placed first in the People category for a portrait of a young man on his cherished bicycle in a slum in Uganda, and Francisco Mingorance of Andalusia, Spain, won in the Places category for his photo of a marsh in Spain that has been partially destroyed by radioactive waste. Smart’s photo won in the Nature category and will be published in National Geographic magazine.

The judges for the contest were National Geographic magazine Senior Photo Editor Jessie Wender, National Geographic Photography Fellow David Guttenfelder and photographer Anand Varma. Judging consisted of multiple rounds of evaluation based on creativity, photography quality and genuineness/authenticity of the content. Contestants submitted photographs in three categories — People, Places and Nature — through National Geographic’s photography community, Your Shot. All of the winning photos, along with the honorable mentions, may be viewed at natgeo.com/photocontest.