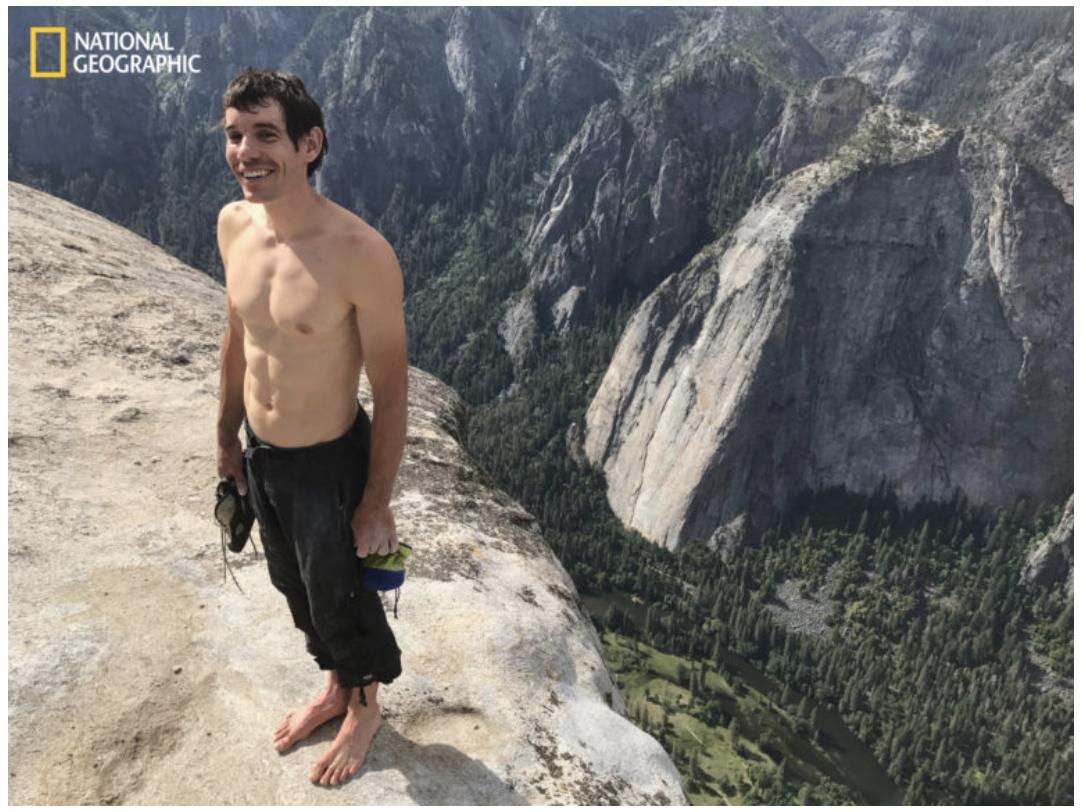 Renowned rock climber Alex Honnold on Saturday became the first person to scale the iconic 3,000-foot granite wall known as El Capitan without using ropes or other safety gear, completing what may be the greatest feat of pure rock climbing in the history of the sport. He ascended the peak in 3 hours, 56 minutes, taking the final moderate pitch at a near run. At 9:28 a.m. PDT, he pulled his body over the rocky lip of summit.