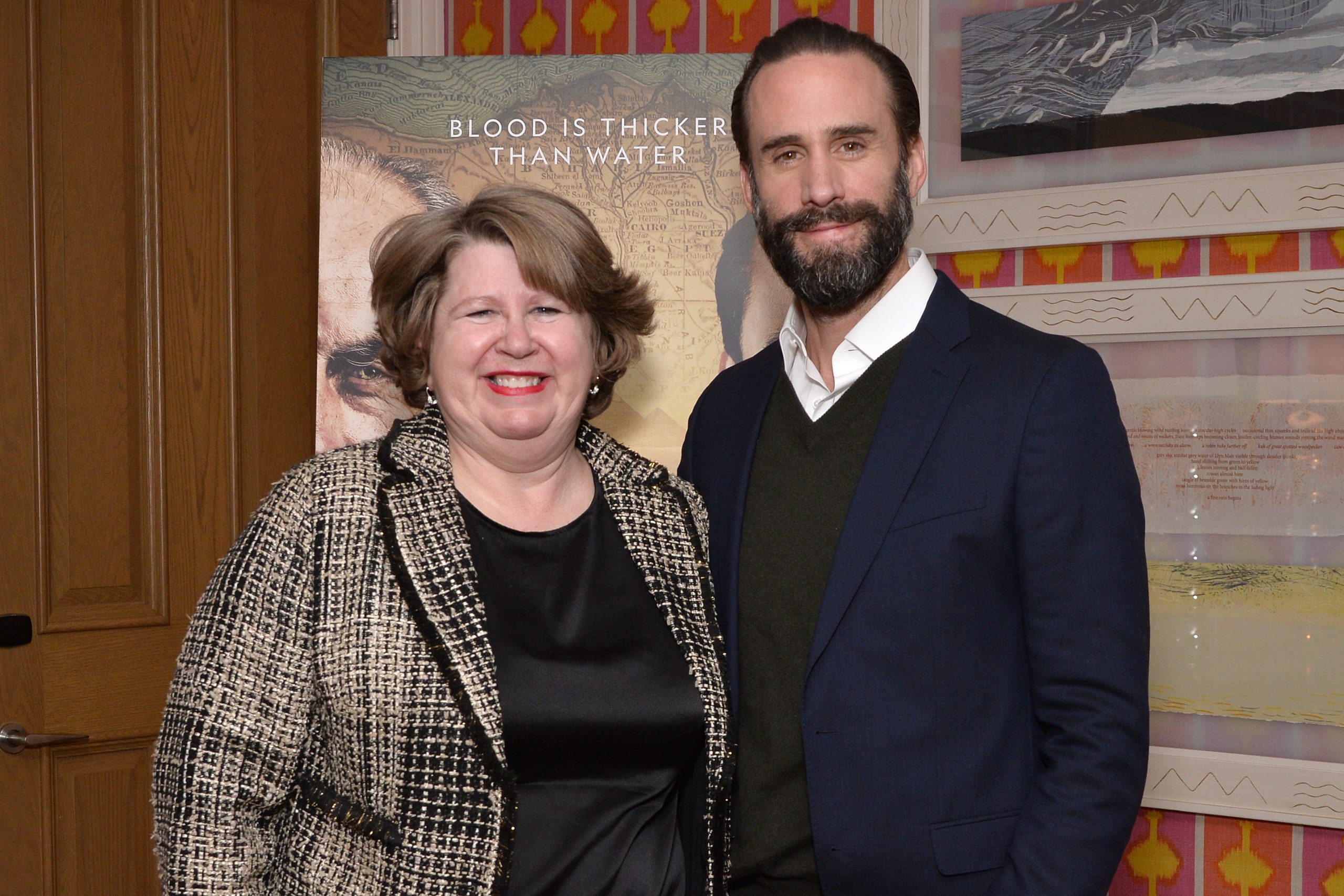 Actor Joseph Fiennes was the guest of honor at a preview screening of National Geographic’s three-part series, "Egypt With The World’s Greatest Explorer," in New York City on March 11, 2019. The show follows Joseph and his cousin Ranulph Fiennes, as they retrace Ranulph’s 1969 expedition on the Nile River.

Jules Oldroyd, SVP International Programming at National Geographic Partners, was on hand to welcome guests at the Crosby Street Hotel. Following the screening, Joseph had an intimate fireside chat with freelance British journalist Jane Mulkerrins, winning the crowd over with tales from his time on the road with his cousin. They discussed the risks and rewards of being an explorer, especially in a place like Egypt. Joseph also shared insight into his relationship with Ranulph and what is was like growing up hearing stories of Ranulph’s legendary expeditions and achievements.

Ranulph spent the last 50 years exploring the planet and was named the “world’s greatest living explorer” by the Guinness Book of World Records. He was the first person to reach both the North and South Poles by surface, the first to cross the Antarctic and Arctic Oceans, and the early 1990s saw him complete the first unsupported crossing of the Antarctic Continent. Ranulph was also a guest editor of the January 2018 issue of the U.K. edition of National Geographic magazine.

While in New York, Joseph was interviewed on the Today Show and NY Live to discuss his new adventure show.

In the first episode, Ranulph and Joseph gather at the port of Alexandria where they prep their Land Rovers for the voyage ahead, recreating Ranulph’s first ever expedition along the River Nile. Their journey to Cairo includes a crash course in survival techniques and a visit to see meat eating spiders, highly venomous scorpions and snakes, and they spend the night inside the Great Pyramid before reflecting on the first leg of the journey at sunrise.

On the second leg of their journey, Ranulph and Joseph spend a night inside the only surviving Wonder of the Ancient world – the Great Pyramid of Giza. On their way to Luxor their cross the ‘no man’s land’, where few tourists venture? Much like Ranulph in 1969, they have a ferry to catch across the Nile. In Luxor they learn the ancient martial art called Tahtib. On their way south Ranulph has another test for Joseph – a race across the Eastern Desert to the Red Sea.

In the final episode, after weeks of adventure Ranulph and Joseph have finally reached the end of their journey, to the southern border with Sudan. In this episode, Joseph skirts the crocodile infested waters of Lake Nasser and tries his hand at sailing a traditional Egyptian Felucca. Finally, Ranulph and Joseph say goodbye to this incredible country and its lifeblood, the River Nile, just as Ranulph did half a century before.