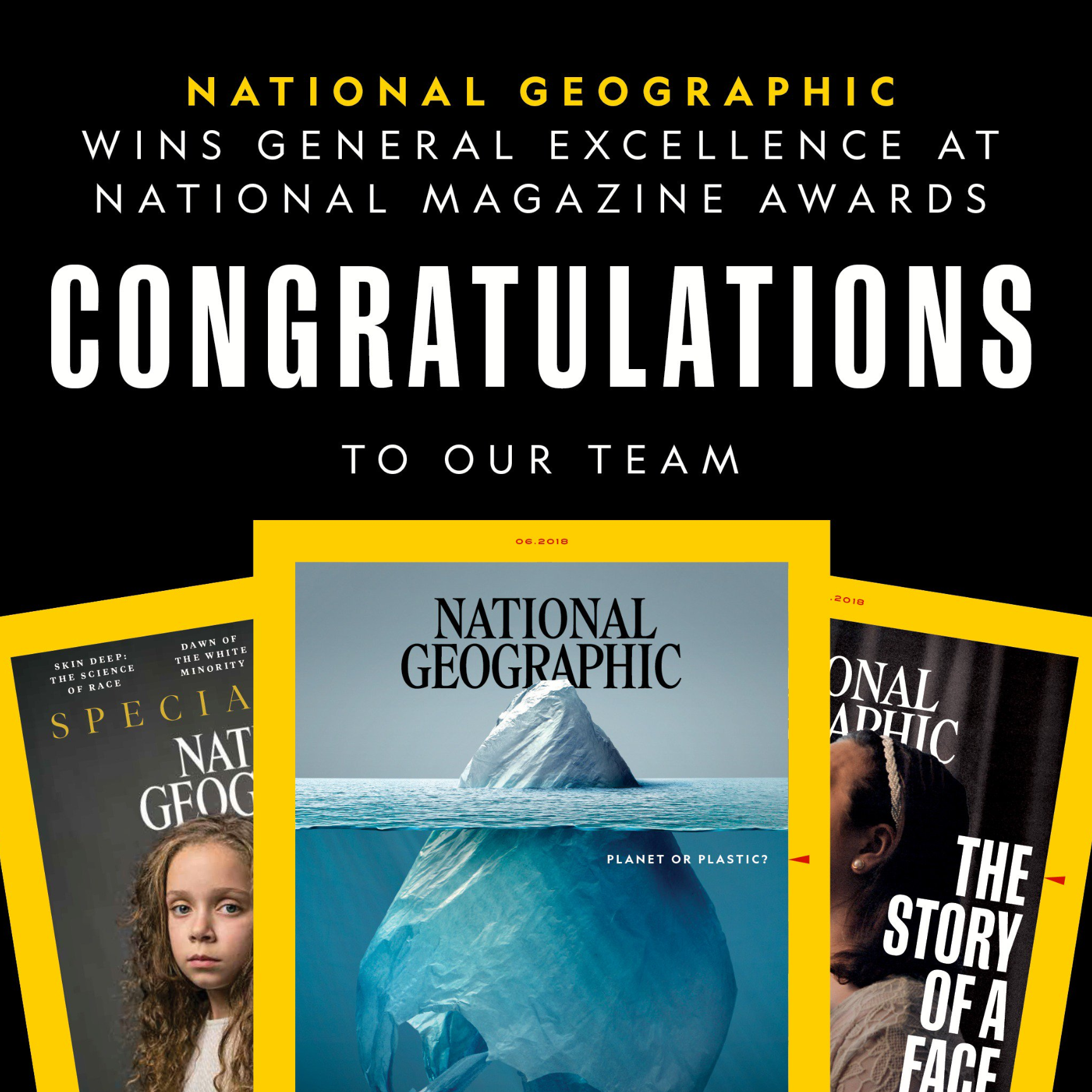 National Geographic has received several honors and awards this winter, most notably the magazine took home the award for General Excellence in the News, Sports and Entertainment category last night at the American Society of Magazine Editors’ 54th annual Ellie Awards. In the award citation, the judges wrote: “After 130 years, National Geographic is still surprising readers. With unflagging ambition and ever-growing artistry, the magazine achieved new levels of excellence in 2018.”

The National Magazine Awards, known as the Ellies for the elephant-shaped statuettes presented to each winner, are administered by ASME. The full list of winners can be seen here. Susan Goldberg, Editor in Chief of National Geographic magazine and Editorial Director of National Geographic Partners, accepted this award at the ceremony.

“At National Geographic, we’re excited about what comes next. We step into that future every day by creating unforgettable, visual journalism that’s urgent, part of the conversation, and that’s making a difference. And we are doing it with tools that allow us to reach larger and more diverse audiences than ever.”

Besides winning this prestigious honor, see below for a roundup of other recent distinctions awarded to the editorial team at National Geographic.

Pictures of the Year International Awards

Photographer Lynn Johnson won first place in the Science and Natural History Picture Story category for her work on "The Immortal Corpse." See the full list of the Pictures of the Year International Awards recipients here. 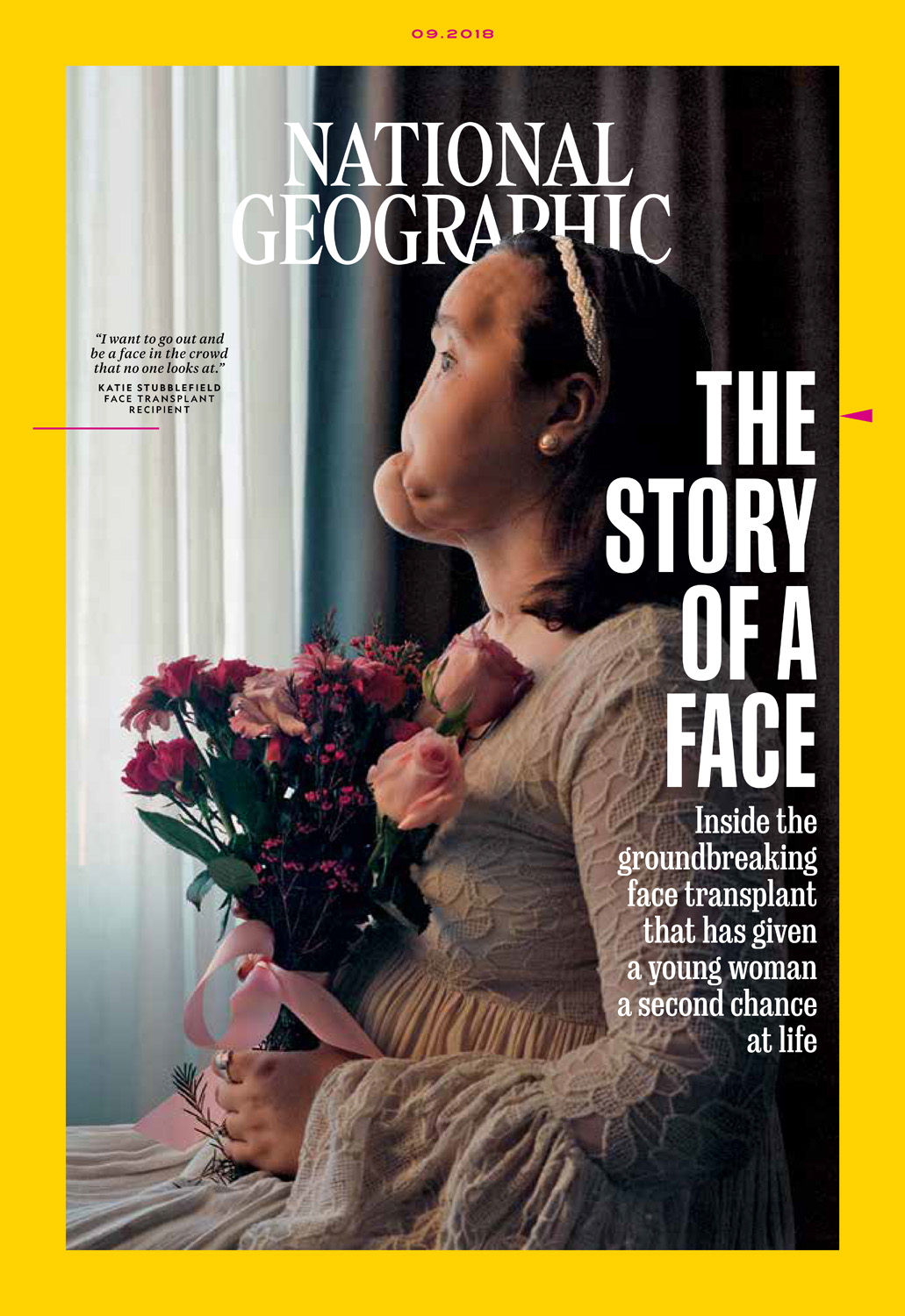 National Geographic picked up several honors from the 40th Best of News Design Creative Competition. "Katie’s New Face" won two gold medals. Then, after reviewing all 4,831 entries, the judges gathered to discuss the gold medal winners to decide whether to elevate one to "Best in Show." National Geographic’s extensive print and digital packages for “Katie’s New Face” took this grand prize. National Geographic also won two silver medals, one for the “Planet or Plastic” cover and one for Traveler’s combined print and digital presentation of an illustrated journey through the Galapagos. See the full list of Society for News Design award recipients here. 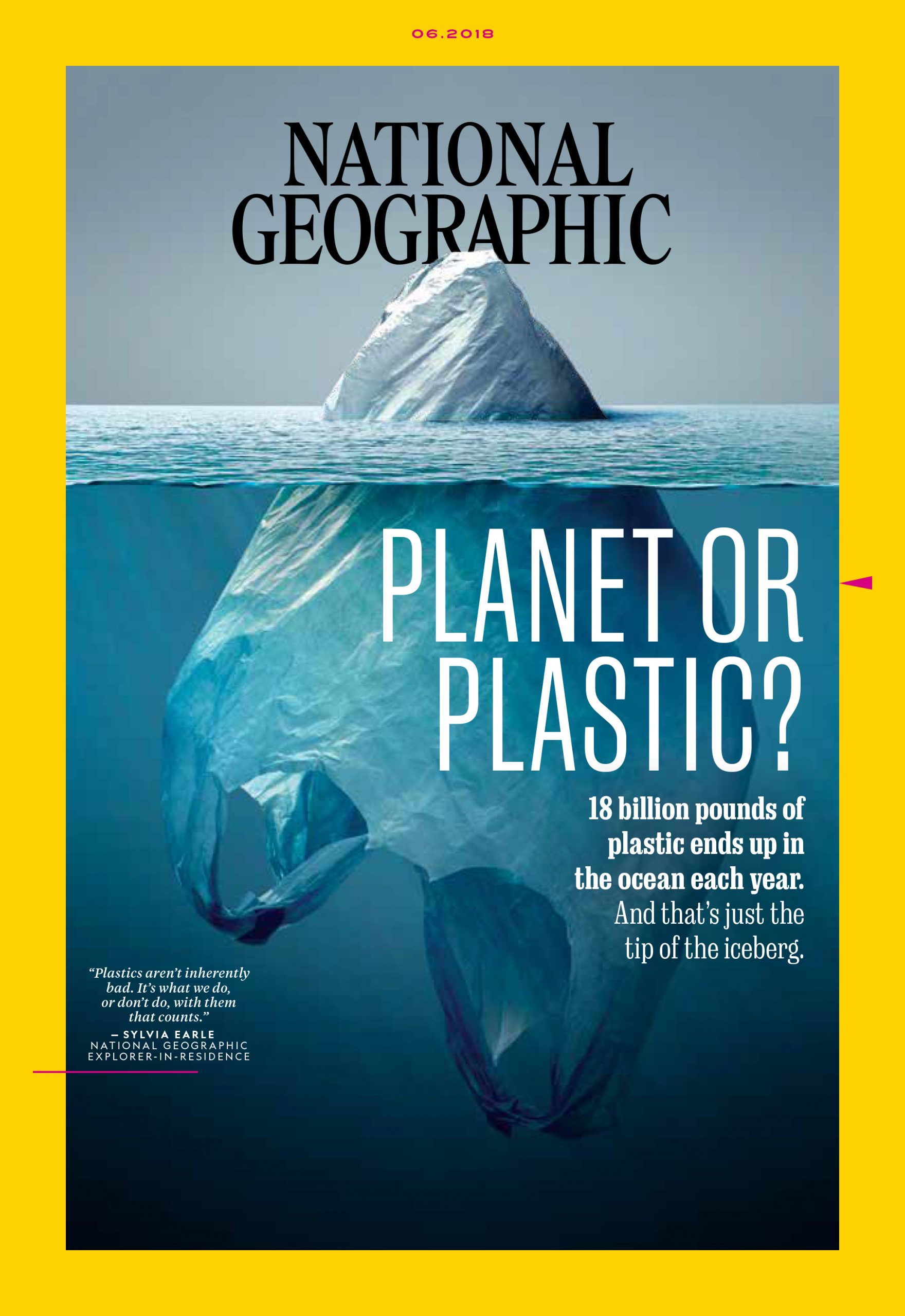 “Planet or Plastic?” won Environmental Reporting at the 2018 Scripps Howard Awards. The judges’ commented, “National Geographic’s ‘Planet or Plastic?’ has catapulted the conversation onto a global platform by creating awareness and catalyzing action. Journalism like this shines a light on policy flaws and irresponsible manufacturing and empowers citizens and communities to be proactive about protecting our environment and the people and animals it supports.” See the full list of the Scripps Howard Award recipients here.