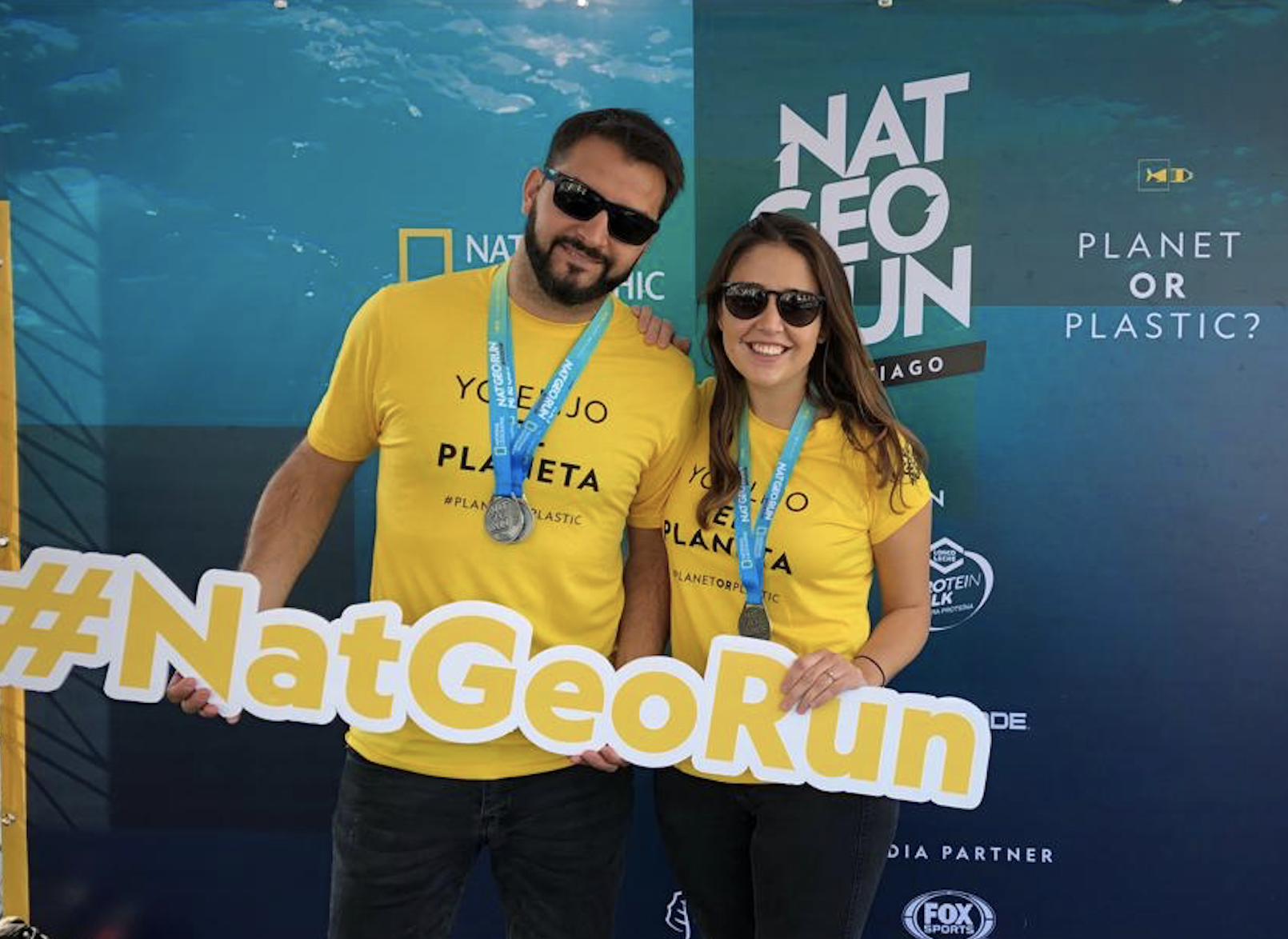 On March 17, National Geographic’s team in Latin America successfully carried out another Nat Geo Run − and the first 2019 "Planet or Plastic?" branded National Geographic Run − in Santiago, Chile. Participation in this race was up 30% from last year! This race featured 5K, 10K and 21K routes. Over 9,000 runners participated in the "Planet or Plastic?" themed event, with the goal of raising awareness about caring for the environment and creating habits that preserve the planet for future generations.

"Planet or Plastic?" is a multiyear initiative from National Geographic, aimed at raising awareness of plastic pollution and reducing the amount of single-use plastic that enters in the world’s oceans. Each year 9 million tons of plastic waste ends up in the ocean. Some estimates suggest this plastic could remain in marine environments for 450 years or longer, and the problem is only getting worse.

The ultimate goal of the "Planet or Plastic?" initiative is to prevent 1 billion plastic items from reaching the ocean. Nat Geo Runs this year will be a powerful platform to share this initiative with even more people. Runners and event-goers at associated National Geographic Earth Day activities will be encouraged to take the pledge to reduce their use of single-use plastic. No single-use plastics will be allowed at the event, as all runners are encouraged to use reusable water bottles.

Besides Chile, there are several other countries hosting "Planet or Plastic?" themed Nat Geo Runs this year. On April 28, Argentina and Perú will both host runs, while Colombia will host a run on May 19, and Ecuador will host a run on June 15. Asia also has several Earth Day "Planet or Plastic?" themed runs lined up this year, including Malaysia and Taiwan on April 28, and the Philippines on April 14.