For the May 2019 issue, the English edition featured an extensive look into why Leonardo da Vinci’s brilliance has endured, 500 years after his death.

While the modern rendering of Leonardo seen on the English cover was replicated by many of the foreign language editions, some editions instead decided to publish a classic portrait of the artist. Others, including the Italian edition, went for an image that yielded more of a surprise element for the newsstand: the rainbow-hued duster grazing the glass encasing the "Mona Lisa."

Instead of featuring the Leonardo da Vinci cover, the Russian edition published an image of Singapore to represent April’s Cities Issue. Indonesia opted for a cover story on the impact of microplastics on marine life. The German team published a cover story to coincide with the anniversary of the Berlin Airlift, while the Slovenian team highlighted medieval jewelry, based on finds in their region. 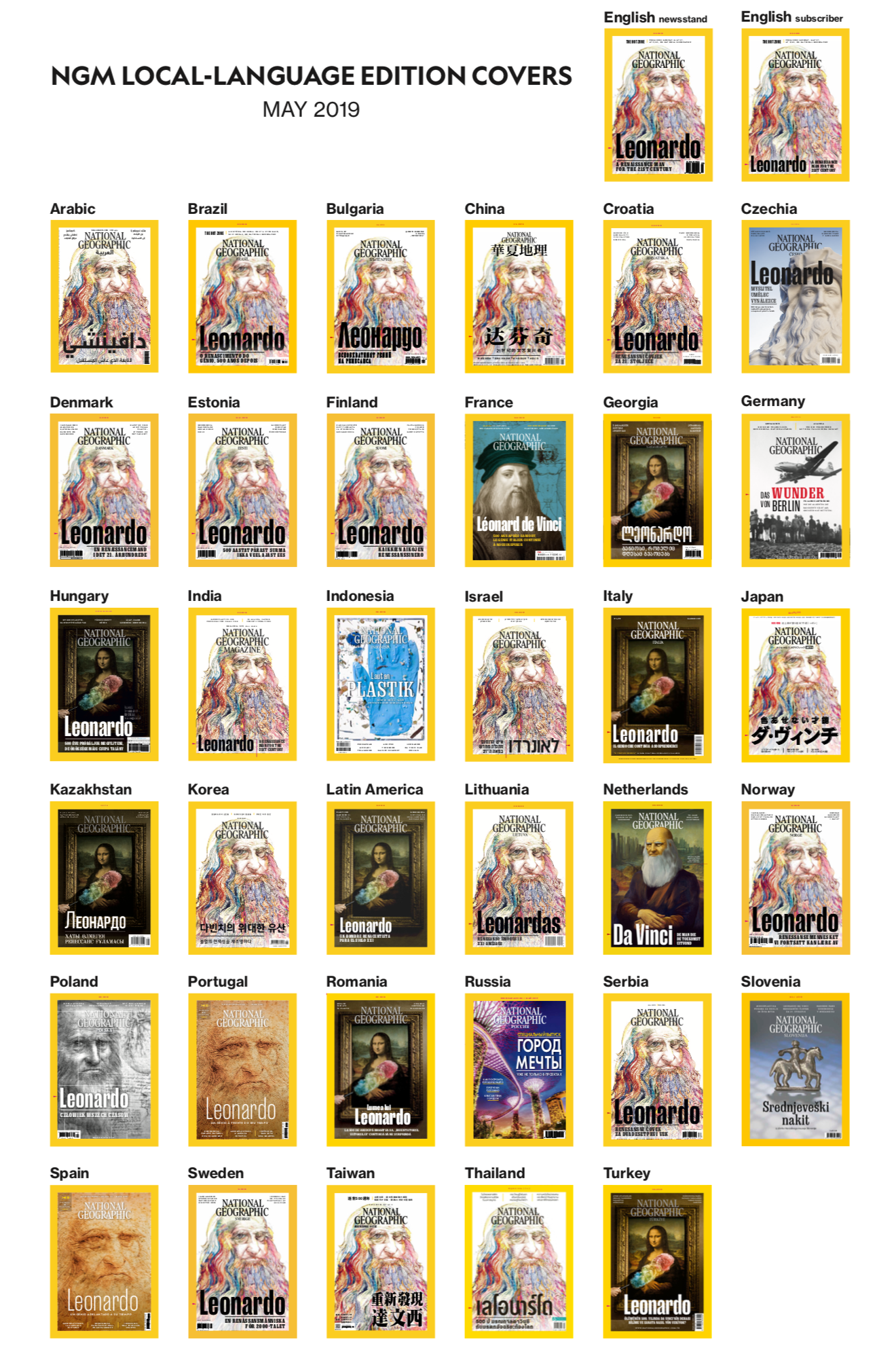