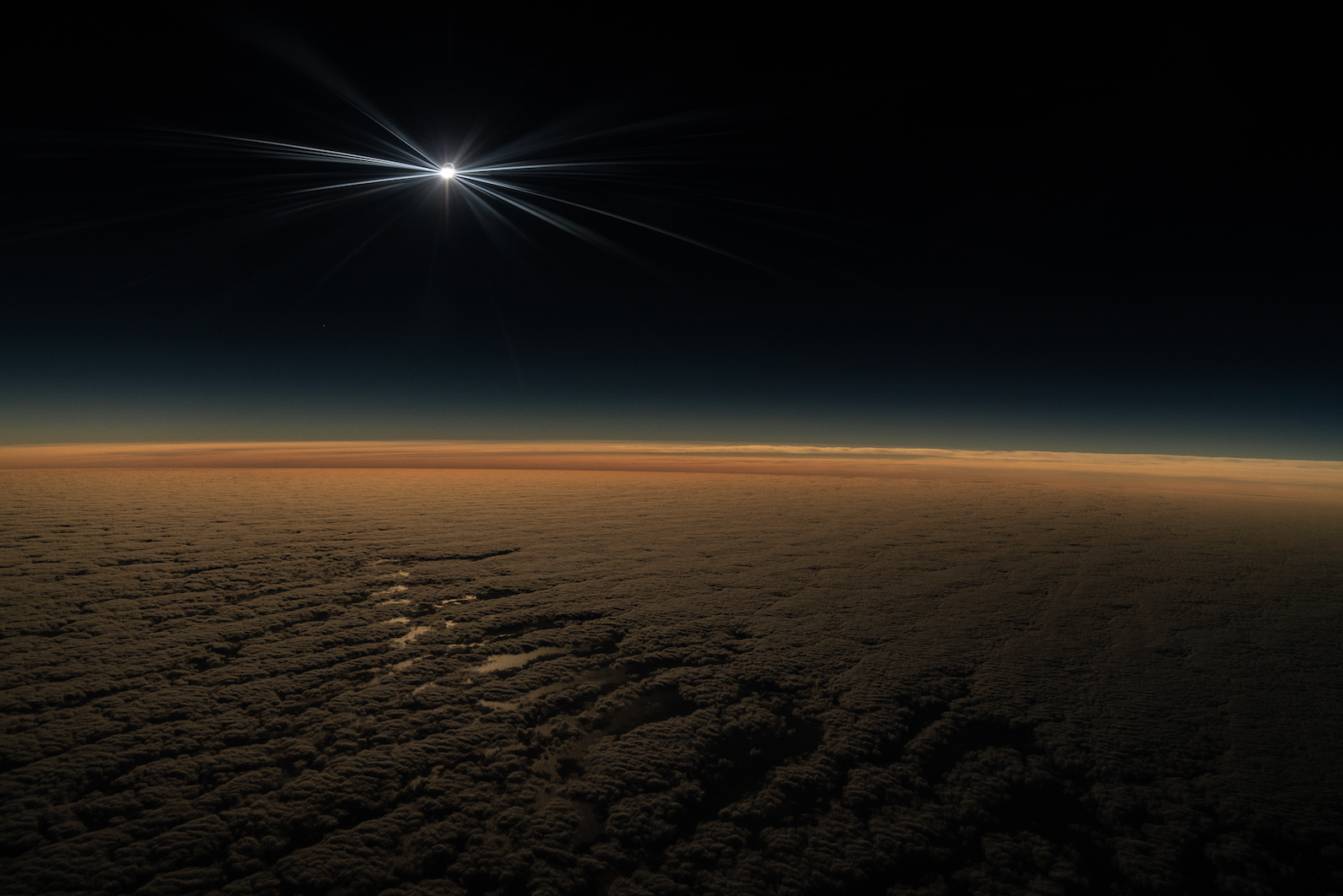 National Geographic partnered with Samsung Galaxy S10 for a special flight to witness the rare total solar eclipse that blocked the sun above Chile on July 2, 2019.

The eclipse lasted just over two minutes and 30 seconds in its entire phase. Nearly one million tourists filled the Coquimbo Region in Chile to witness the spectacle. National Geographic’s flight offered an incredible experience with an unobstructed view to appreciate the astronomical event as the plane entered the umbra of the total eclipse.

It was an overwhelming experience, the atmosphere was incredible. The horizon began to darken little by little, it was red and suddenly it was dark. You could see the solar corona, there were stars and it was really impressive: there was a great silence on the plane. I am happy to have lived this experience with National Geographic.

I was very excited during this experience, I had never seen a total eclipse, the sun looked spectacular and the perfect aligment of the Sun and Moon was a show that moved us all. The felling was so overwhealming that we couldn’t hear any sound around us.

The flight departed at 3:35 p.m. local time and flew over Coquimbo at 4:30 p.m. For almost three minutes, at 39,000 feet, the passengers of the plane observed how the sky began to darken and the moon crossed in front of the sun as one of the most exciting natural phenomenons took place. During full eclipse, the plane slowed so passengers could enjoy the sight, which allowed them ten seconds more of visibility of the entire eclipse than what could be seen from the ground.

On the plane more than 15 cameras were located in different positions to record both the phases of the eclipse and the reaction of the assistants, pilots and crew.

We are very excited to have offered this opportunity to the Chilean public, granting special accesss to an experience that none of us will forget. We shared the admiration and passion for this astronomical phenomenon, appreciating it from a different perspective and with exclusive access to experts that helped us to better understand this phenomenon. It was a wonderful, indescribable experience that gave us special images that we want to share with everyone.

The plane had more than 70 people on board, in addition to the crew. Among the lucky attendees were executives and photographers from National Geographic, members of the press, and the lucky winners of a contest organized between National Geographic and Samsung Galaxy S10.