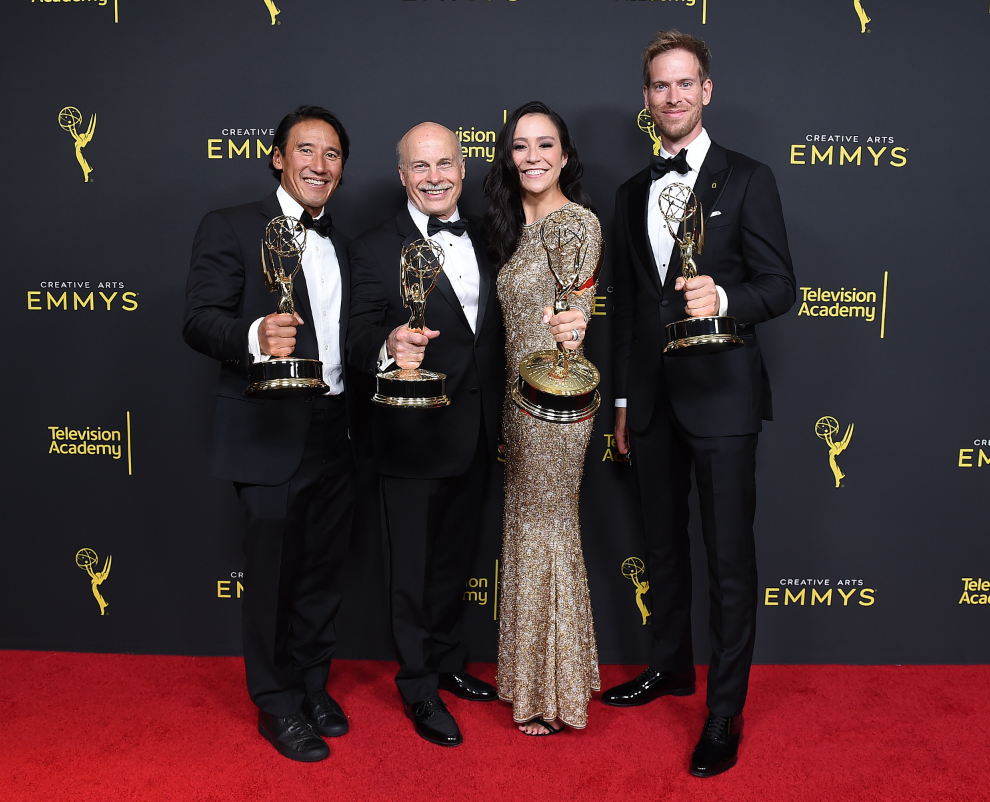 Out of 15 total nominations, National Geographic walked away with eight Primetime Emmy awards.

National Geographic had the fourth most Emmy wins overall of all platforms— behind HBO, Netflix and Prime— and Nat Geo was the number one network of all ad-supported networks.

This year, "Free Solo" ranked fourth overall for the program with the most wins, and it is now the most Emmy-winning documentary in history.

For two consecutive years, we have dominated the cinematography categories [at the Creative Arts Emmys] which is a true testament to our visually spectacular storytelling. I want to extend my profound thanks to everyone for contributing to these incredible results and for your ongoing commitment to excellence.

Following Sunday’s Primetime Emmy telecast, National Geographic joined its sister networks and studios for the first-ever Walt Disney Television Emmy after-party at Otium in Los Angeles where talent from across the portfolio feted the year’s winners, and celebrated the end of a long awards season.