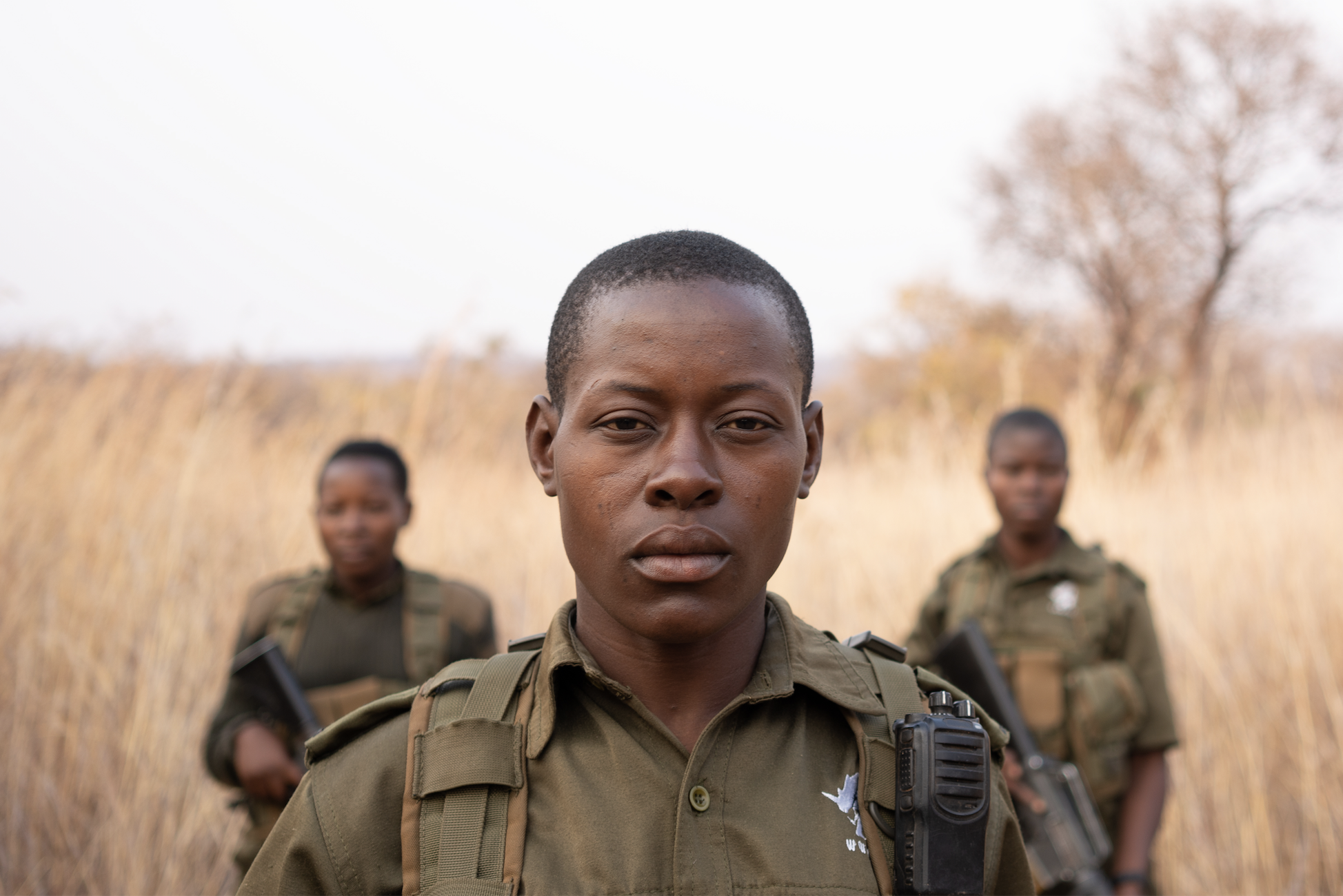 Ahead of Earth Day, National Geographic Documentary Films announced a new documentary short, AKASHINGA: THE BRAVE ONES. Executive produced by three-time Academy Award winner James Cameron and directed by Maria Wilhelm, executive director of the Avatar Alliance Foundation, the film tells the story of Akashinga, the all-female anti-poaching unit in Zimbabwe that is facing down poachers and saving wildlife. AKASHINGA: THE BRAVE ONES will have its world premiere at the EarthxFilm Festival, which will be held virtually April 22 to 27 to celebrate the 50th anniversary of Earth Day. The documentary short is also an official selection of the Tribeca Film Festival and will broadcast on National Geographic later this year in 171 countries and 43 languages.

With many of Africa’s key species, including elephants, reaching levels near extinction, Akashinga is a radical, new and highly effective weapon against poaching. Founded by former Australian special forces soldier and anti-poaching leader Damien Mander, the women-only team of rangers, drawn from the abused and marginalized, is revolutionizing the way animals are protected and communities are empowered — and its members’ own lives are being transformed. Mander’s innovative approach to conservation calls for community buy-in rather than full-on armed assault against poachers: If a community understands the economic benefits of preserving animals, then it will eliminate poaching without an armed struggle. This short film is a celebration of the courage, conservation and unorthodox thinking that’s leading to massive positive change.

Akashinga is more crucial now than ever: As the global pandemic crisis COVID-19 wages on and resources become increasingly scarce, wildlife will be especially vulnerable to poachers.

The doc short is produced by Kim Butts, Drew Pulley and Maria Wilhelm; it is executive produced by James Cameron.

The illegal trafficking of wildlife is one of the world’s largest criminal industries, linked to terrorism and, some evidence suggests, to the pandemic we’re struggling to stop. Wildlife trafficking must be stopped at the source. This is the job of wildlife rangers like the Akashinga. They’re the first and last line of defense not just for nature, but also for humanity.

Damien Mander, founder and CEO of the International Anti-Poaching Foundation and Akashinga

While we battle with an increasingly powerful viral enemy, the poaching wars rage on. The Akashinga are front-line warriors — fiercely committed to protecting Africa’s most vulnerable species and to securing a positive future for their communities. They fight to ensure nature wins.

At a time when we need to be brave, the proud and courageous women of Akashinga have lessons to teach us all — about the unique power of sisterhood, the importance of collaboration and the essential nature of community. The question is whether we’re willing to learn the lessons they have to teach.

Maria Wilhelm, director of AKASHINGA: THE BRAVE ONES

For more than 132 years, National Geographic has been a steward of this planet. We are honored to partner with our friend and National Geographic Explorer James Cameron to shine a light on the Akashinga, the brave women on the front lines of the poaching crisis, who are transforming their communities and changing the face of conservation.

Last November, National Geographic Documentary Films released its first-ever documentary shorts, which included LOST AND FOUND, directed by Orlando von Einsiedel, and THE NIGHTCRAWLERS, from first-time director Alexander A. Mora and producer Joanna Natasegara. Both short films played in numerous prestigious festivals around the United States prior to their digital launch, which exponentially expanded their consumer availability.

About the Avatar Alliance Foundation

About the International Anti-Poaching Foundation

The IAPF was founded in 2009 and operates in southern and East Africa. The focus of the organization is ecosystem preservation, achieved through the two key functions of training and operations. The operational model is Akashinga, a community-driven conservation program, empowering disadvantaged women to restore and manage networks of wilderness areas. Training is conducted under the LEAD Ranger initiative, a program of excellence, building field based indigenous leadership and instructional capacity across Africa’s conservation industry. Registered in four countries, Dr Jane Goodall is our Patron and we have supported or trained rangers that help protect over 20 million acres of wilderness across the continent. For more information, visit iapf.org or find us on Instagram (@int.anti.poaching.foundation; @damien_mander) and on Facebook (@iapf.org; @damien_mander).