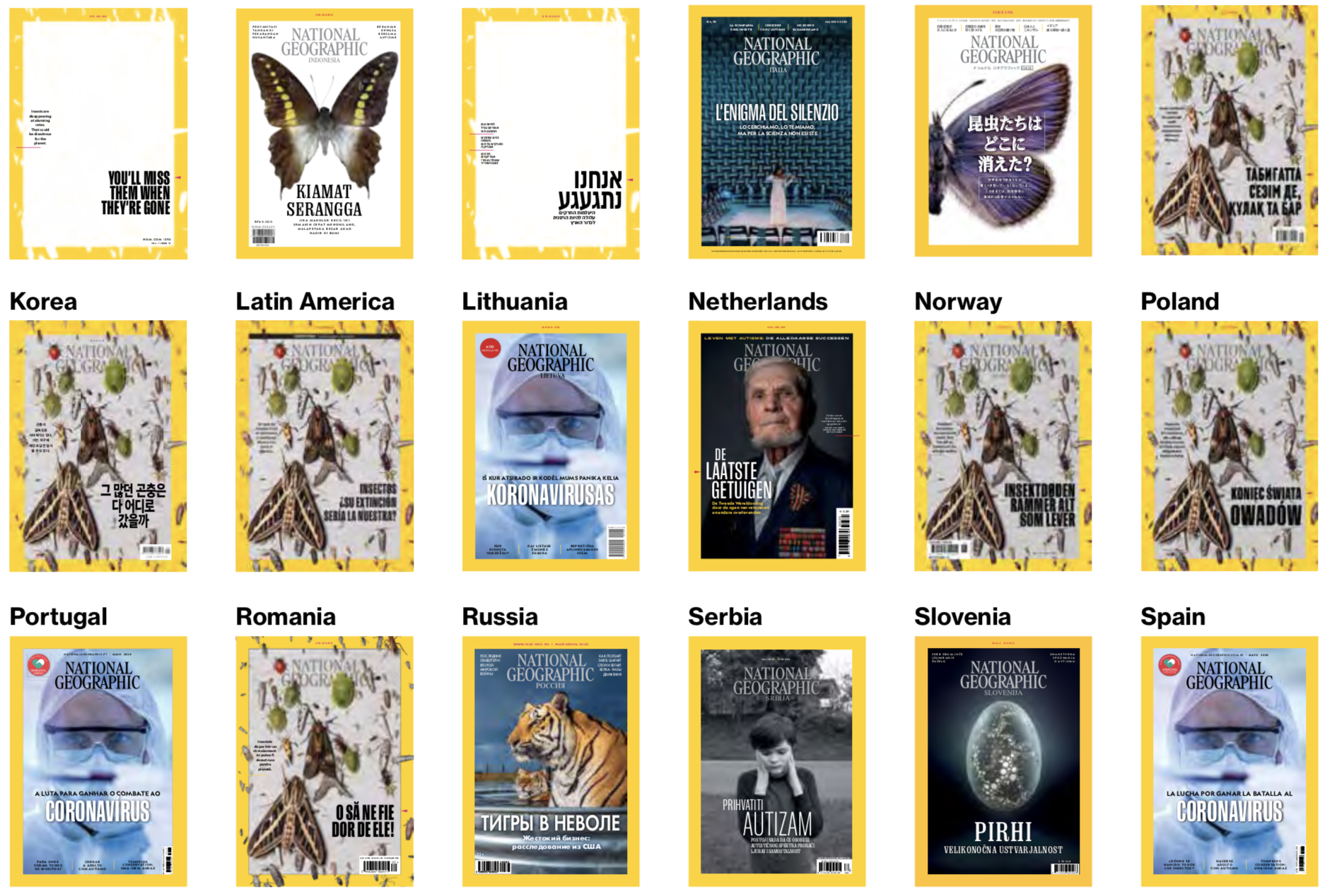 The English edition of the May 2020 issue featured a cover story on vanishing insects, begging the question, where have all the insects gone? This cover focused on how bugs are crucial to the environment, and examined how populations of species worldwide are falling at alarming rates.

Most local-language editions opted for this flagship cover, with a few selecting a breathtaking photograph of a moth.

Some local-language editions responded quickly to the ongoing global pandemic, generating local coverage that took precedence over other stories in the issue. The Hungarian edition created a local "Tool Kit" on a COVID-19 testing lab, which is scheduled to be adapted by the flagship team later this year.

A few local-language editions published World War II stories, which will be the focus of the English edition next month.

The Italian edition featured an original story on the concept of silence, and the Slovenian edition highlighted the Slavic tradition and craft of decorative Easter eggs. 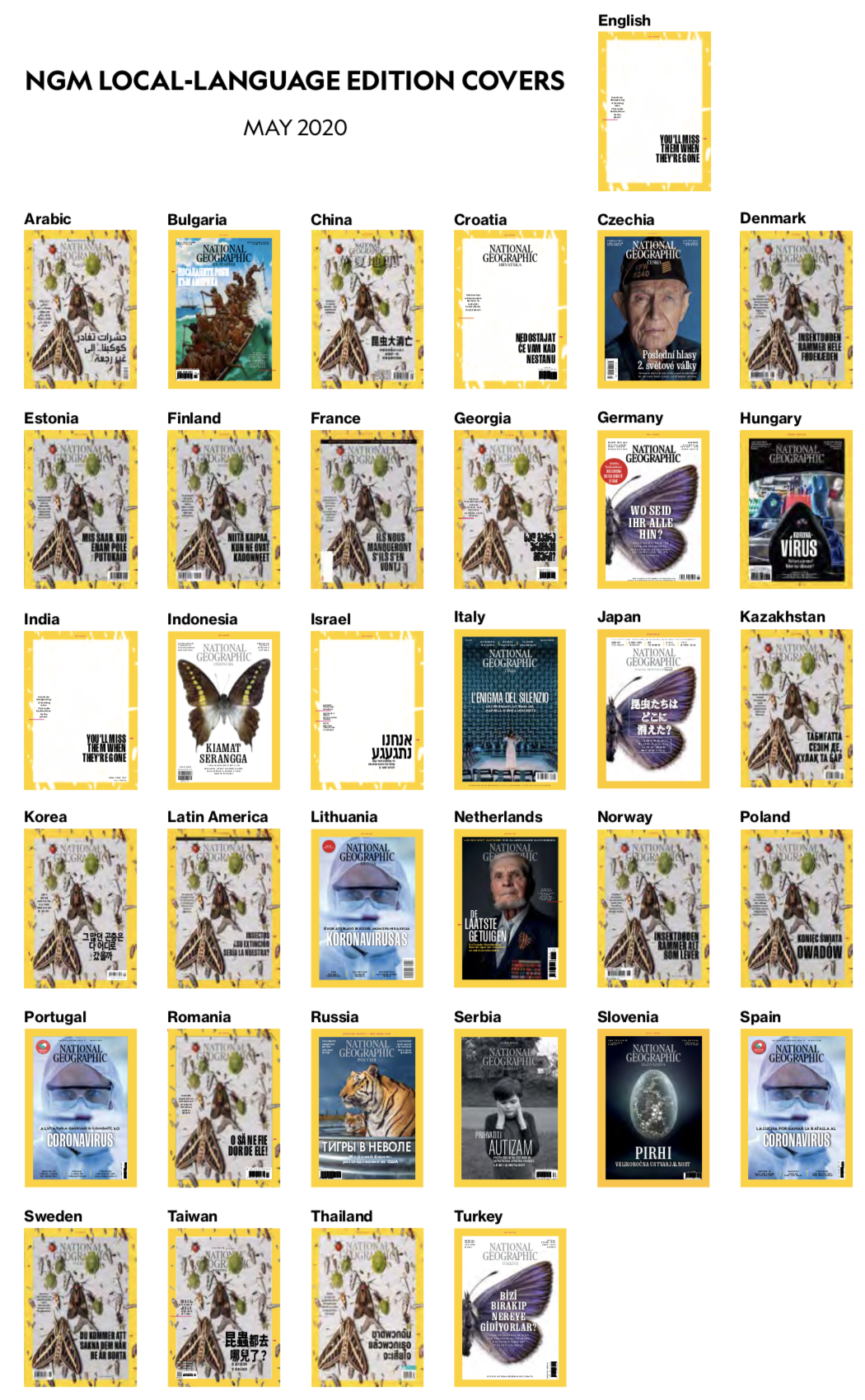