National Geographic has been igniting the explorer in all of us for 133 years through groundbreaking storytelling from the best and brightest scientists, explorers, photographers, and filmmakers in the world. Our yellow border serves as a portal to explore the farthest reaches of the Earth and beyond. Places only National Geographic can take you.

We offer our audience true 360 experiences across an unparalleled portfolio of media assets: television channels, magazines, kids, travel, books, video, events, and digital and social platforms. Every asset and every story entertains, enlightens, and enables people to better understand the world and their own place in it – our core purpose. We reach millions of people around the world, with our television networks in 172 countries and our publications available in 41 languages.

National Geographic Partners is a joint venture between The Walt Disney Company and the National Geographic Society. We return 27% of our proceeds to the nonprofit Society to fund work in the areas of science, exploration, conservation, and education. This unique partnership creates a virtuous cycle of storytelling and exploration that inspires people to act, enlightens their perspective, and often provides the spark to new ideas and innovation.

About the National Geographic Society

The National Geographic Society is a global nonprofit organization committed to exploring and protecting our planet. We fund hundreds of research and conservation projects around the world each year and inspire new generations through our education initiatives and resources. For more information, visit nationalgeographic.org. 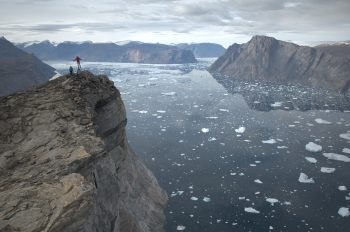 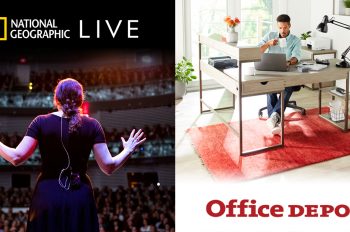 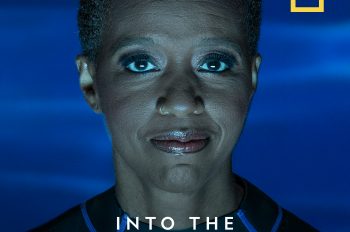 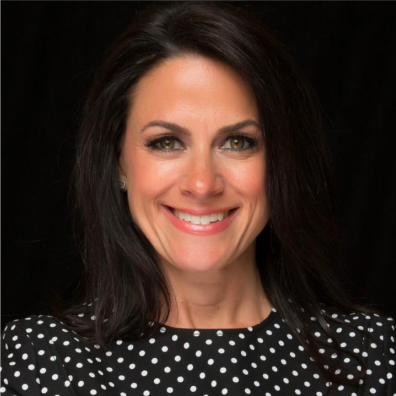 Under her leadership, the network has garnered more critical acclaim and awards recognition than ever before. For the 2018 Emmys, National Geographic and Nat Geo WILD received a combined 18 nominations, including nods for critically acclaimed documentary film JANE and for the scripted anthology series GENIUS: PICASSO. The network took home an impressive five creative arts Emmy awards. GENIUS: PICASSO won for cinematography and sound mixing for a limited series or movie, JANE won for directing and cinematography for a nonfiction program and LIFE BELOW ZERO won for cinematography for a reality program. Nat Geo became the first network in history to garner three cinematography Emmy awards in one year. And most recently, award-winning FREE SOLO — Alex Honnold’s thrilling, unflinching free climb of El Capitan — won both the Academy Award and BAFTA for best documentary feature.

In a time of “peak TV,” Monroe is focused on finding innovative formats as well as relevant subjects and issues for the programming slate. With National Geographic recognized worldwide for its unparalleled commitment to natural history storytelling and cinematic craft, Monroe will partner with executive producer and Academy Award winner Navarro on HOSTILE PLANET in April 2019. This new series will draw attention to the most extraordinary — almost supernatural — accounts of animals that have conformed to the cruelest evolutionary curveballs.

Monroe also brought National Geographic back to its feature documentary roots, unveiling the National Geographic Documentary Films banner in 2017. Since then, the network has launched critically lauded and award-winning documentaries such as FREE SOLO, JANE, SCIENCE FAIR, INTO THE OKAVANGO, LA 92 and HELL ON EARTH. Brett Morgen’s documentary JANE, on the life of legendary primatologist Jane Goodall and scored by composer Philip Glass, was one of the most celebrated documentaries of 2017. In 2018, two films released under the Documentary Films banner, JANE and LA 92, made the Oscar short list for Best Documentary, and both won Emmys — LA 92 for Special Merit and JANE for Best Director and Best Cinematography. Coming out of this year’s Sundance, the doc films banner commissioned REBUILDING PARADISE, directed by Howard and produced by Grazer, and acquired SEA OF SHADOWS, which is executive produced by Leonardo DiCaprio.

National Geographic dives further into scripted programming with THE HOT ZONE, from executive producer Scott. Based on the eponymous international best-seller by Richard Preston, the series recounts the terrifying true origins of the Ebola virus and stars Margulies. Recently, the network announced that the next subject of the GENIUS anthology series will be Aretha Franklin, and going into production this summer is BARKSKINS, from executive producer Scott Rudin and based on the Pulitzer Prize-winning book by Annie Proulx.

Monroe spearheaded the 2017 global rebrand across all businesses at National Geographic Partners, including the magazine and books, production studio, children’s media and maps — making the largest rebrand in the company’s history. A highlight of this rebrand was the launch of her premium program strategy, which included the first seasons of MARS and GENIUS.

Prior to becoming Global CEO, Monroe served as CEO of National Geographic Channels U.S. She first joined the network as Chief Marketing Officer, managing the brand and all aspects of promotion. She also oversaw consumer and trade communications.

Before joining National Geographic Channels U.S., Monroe was Executive Vice President, Consumer Marketing and Digital Platforms, for Home Box Office, where she was responsible for marketing the HBO and Cinemax brands and their programming across all platforms. She managed award-winning marketing campaigns for many of HBO’s highest-profile properties, such as “Sex and the City,” “The Sopranos” and “Game of Thrones.”

Prior to HBO, Monroe held marketing positions at American Express and Salomon Brothers.

Currently, Monroe serves on the board of Makers, a partnership program for the advancement of female leadership in the workplace, and she has been appointed to the advisory board for the Peabody Awards.

Monroe holds a Bachelor of Arts from Williams College and a Master of Business Administration from The Wharton Business School at the University of Pennsylvania. 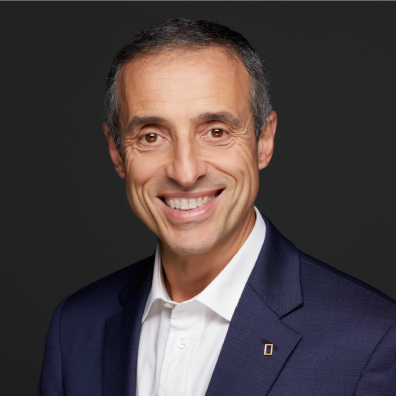 As Vice President, Human Resources, for National Geographic Partners, Luca serves as a strategic HR leader to the organization. Luca has been part of The Walt Disney Company since 2006. Most recently, he was VP of Compensation for Walt Disney Television in California. Previously, he was VP of HR in Latin America for TWDC, based in Buenos Aires, and Head of Compensation & Benefits for TWDC EMEA region, based in London. He started his career at Disney as HR lead for Italy, Spain and Portugal.

Before joining Disney, Luca worked at IBM for 10 years. During his tenure, he was the Human Resources Business Partner for Sales & Distribution, the Head of Compensation, and he led Labor Relations during times of transformation.

Luca earned a degree in Political Science with a major in Labor Relations and Workforce Flexibility from the University of Milan, Italy. 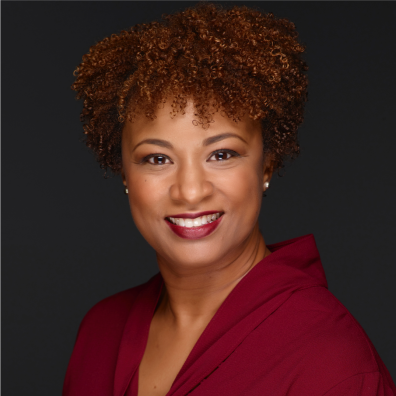 Karen Greenfield is the Senior Vice President of Business Operations for the National Geographic Channels. She devises and deploys policies and processes to help the company scale, become more efficient and build upon its culture of creativity and agility. Karen’s leadership has a material effect on productions; process management; vendor, client and employee satisfaction; and company reputation. Karen manages a centralized set of business processes and system applications to minimize complexities and promote effective and consistent operations for the Channels business.

As a seasoned Business Operations executive, she lends strategic planning and budgeting experience with a comprehensive understanding of the culture and values of an international media brand and the business complexities of a non-profit organization with a strong mission.

Prior to her current role and with nearly 25 years of production experience working with the world’s leading filmmakers, Karen also led Nat Geo WILD’s Production Management team, who manages all programming requirements and delivery and enforces the Networks’ technical standards across all global media platforms – linear and non-linear.

Karen’s greatest passion is diversity and inclusion. She most recently became Chairperson of National Geographic Partner’s Diversity and Inclusion Council. She ensures proper education, management and inclusion of diverse populations within the workplace. Karen is a mentor to college students and entry level employees of color who are entering the corporate workforce. She describes the difference between diversity and inclusion with a Verna Myers, Esq. quote, “Diversity is being invited to the party, but inclusion is being asked to dance.”

Karen is a graduate of the University of Maryland at College Park and holds a degree in Broadcast Journalism with a Minor in African American Studies. She is the recipient of Women in Cable Telecommunications’ Leadership Award as well as an honoree for Cablefax’s Influentials Award.

Jill Lesser is the Vice President of Integrated Communications and Brand Management for National Geographic Partners. She oversees all of the company’s communications, brand, synergy, and integrated planning work.

Jill joined National Geographic after serving as Managing Director at the Glover Park Group (GPG) during a second stint with the firm, with an expertise in strategic communications, public affairs and government relations. Previously, Jill was Founding President of WomenAgainstAlzheimer’s, a Network of UsAgainstAlzheimer’s. In that role she created first advocacy organization with a particular focus on Alzheimer’s disease’s impact on women and led a campaign to find, fund and implement a cure for the disease.

Jill was the Executive Director of the Center for Copyright Information (CCI), a joint collaboration between the music and movie industries and large Internet provider to implement the Copyright Alert System and educate the public about digital copyright. From 2006 to 2014, Jill was with GPG, serving as a Managing Director.

Previously, Jill worked at AOL Time Warner, most recently as Senior Policy Advisor from 2002 to 2005, advising the policy and political teams on issues ranging from technology and intellectual property to taxation and telecommunications, as well as various other issues affecting the media industry. Until 2002, Jill served as Senior Vice President, Domestic Public Policy, where she led the company’s domestic public policy, regulatory and industry relations activities, and the Washington, D.C. office and managed a team of ten professionals and their support staff. She joined America Online in September 1996 and led domestic policy for AOL until its merger with Time Warner.

Jill also serves on the Boards of Trustees of Levine Music School and UsAgainstAlzheimers and is a co-founder of the Global Alliance on Women’s Brain Health. 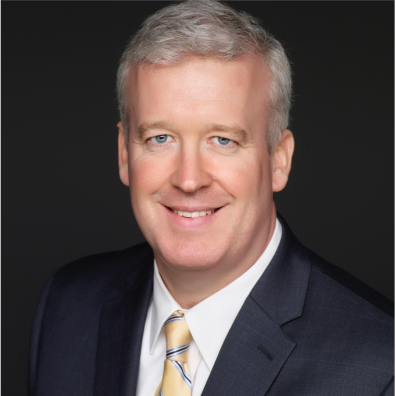 David Miller is the Executive Vice President & General Manager of NG Media, which includes National Geographic’s Magazines, digital experiences, and Social channels.  Working across the Editorial and Business teams, David is responsible for the P&L, strategic direction, and global operations for National Geographic’s subscribers and advertisers.

Prior to joining AOL, David held leadership positions at Lightningcast (acquired by AOL), InPhonic Inc, Leap Wireless and Varsitybooks.com. David holds an MBA from George Washington University and a B.A. in American Government from Georgetown University. David lives in Arlington, Va., with his wife, Maia, and their two daughters. 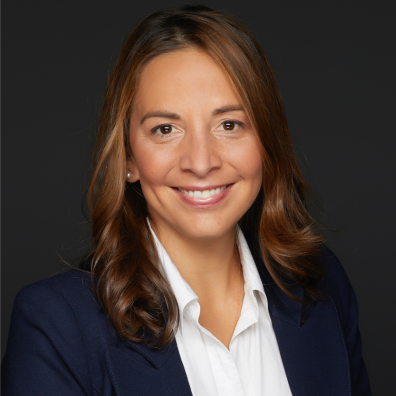 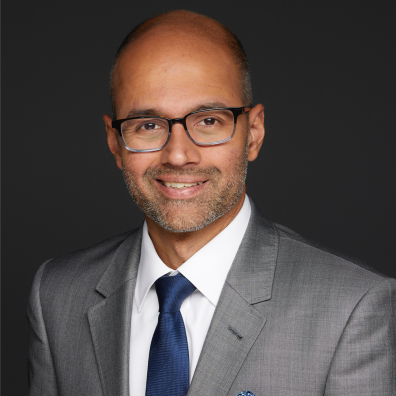